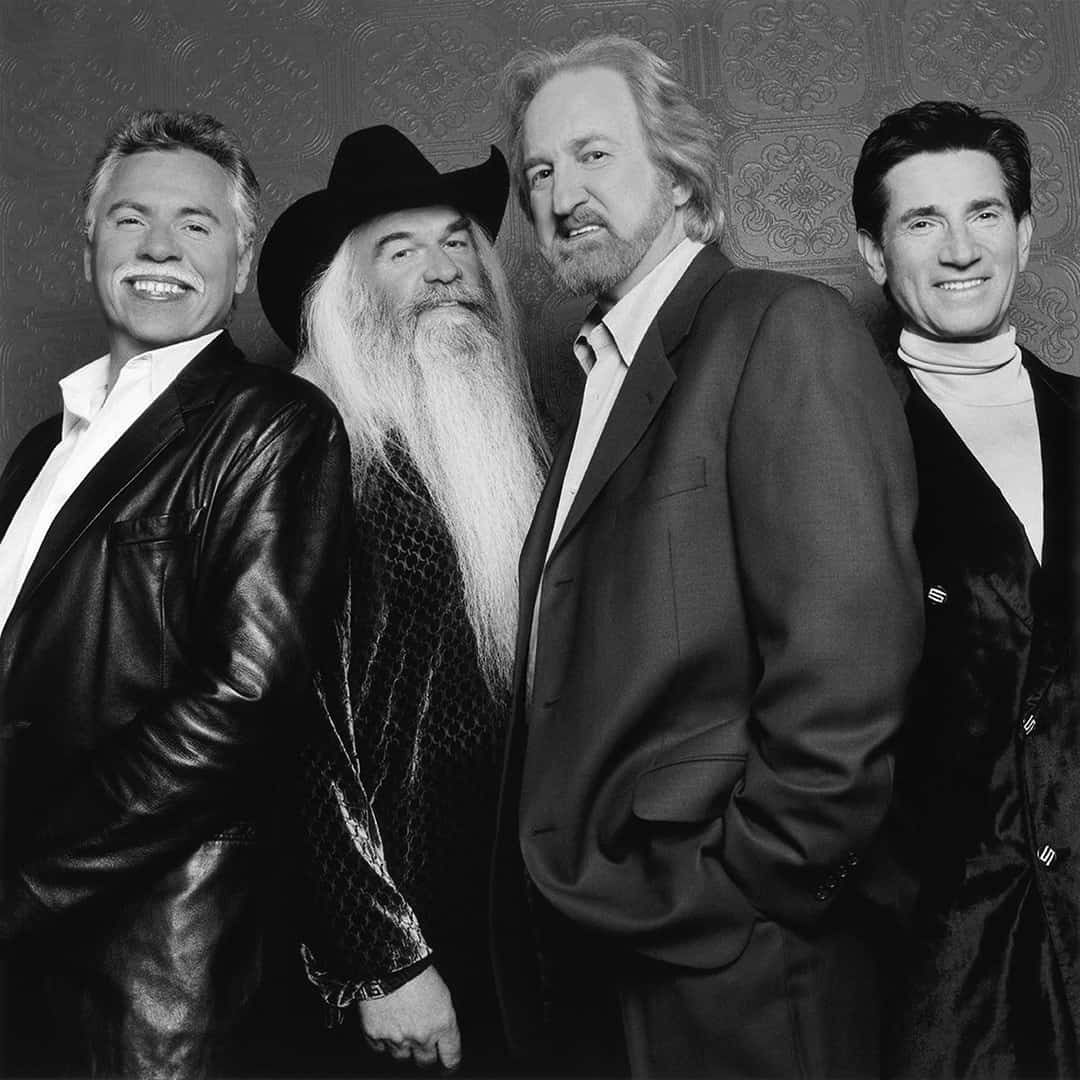 The history of the Oak Ridge Boys stretches back to the 1940s. Wally Fowler, who came to be known as “Mr. Gospel Music,” changed the name of the Georgia Clodhoppers to the Oak Ridge Quartet, because the Knoxville, Tennessee, group performed regularly in nearby Oak Ridge.

Fowler moved the Oak Ridge Quartet to Nashville, where, in 1946, the group became regulars on the Grand Ole Opry. Singing in a four-part harmony style, they made frequent appearances on the Opry’s “Prince Albert Show,” broadcast nationally on NBC Radio, from 1939 to 1957. Fowler also popularized “all-night singings,” in which several gospel groups would perform in a concert that would last from Saturday night until early Sunday morning.

Fowler sold the rights to the Oak Ridge Quartet name in 1957, to concentrate on hosting a popular syndicated TV program. In 1962, the group began experimenting with calling themselves the Oak Ridge Boys, and in 1966 they made the change permanent. Alabama native William Lee Golden, a baritone, joined the group in 1965. The following year Duane Allen, from Texas, became lead singer. New Jersey native Richard Sterban, who sang with Elvis Presley as a member of gospel group J.D. Sumner & The Stamps, took over as bass singer in 1972. The following year, when tenor Joe Bonsall from Philadelphia signed on, the long-running, best-known lineup was set.

When Bonsall joined in 1973, the Oak Ridge Boys already ranked among gospel music’s most acclaimed acts. They had won three Grammy Awards and several Gospel Music Association Dove Awards. Also in 1973, the group signed with Columbia Records, with help from Johnny Cash, who had used them in his touring act and to provide harmony on his single “Praise the Lord and Pass the Soup.”

The Oak Ridge Boys’ two Columbia albums did not receive much attention. Esteemed country music insider Jim Halsey began managing the group, convincing group members that they were one hit away from being country stars. The Oak Ridge Boys moved to ABC/Dot (soon absorbed by MCA Records) and had the breakthrough Halsey had envisioned. “Y’all Come Back Saloon” became a #3 country hit in 1977. The successes piled up quickly after that, among them the #1s “I’ll Be True to You,” “Leaving Louisiana in the Broad Daylight,” “Trying to Love Two Women,” and “Fancy Free.”

The blockbuster “Elvira” became the group’s first crossover hit, in 1981, when it climbed to #1 country and #5 pop. “Elvira” also won a 1981 Grammy for Best Country Vocal Performance by a Duo or Group, one of five Grammys the Oak Ridge Boys have won. The following year, the doo-wop-influenced “Bobbie Sue,” another #1 country record, reached #12 on the pop charts. The 1983 #1 hit “American Made” became a popular advertising jingle for an American beer company.

Although Allen sang the lead vocal most often, all four singers were featured at times, including on hit recordings. Sterban’s low-as-you-can-go bass vocals on “Elvira” helped lock the song into the public’s consciousness.

The Oak Ridge Boys also became welcome guests on the recordings of other artists. Paul Simon enlisted the group’s harmonies on his 1977-78 international pop hit, “Slip Slidin’ Away.” The quartet’s voices also can be heard on Brenda Lee’s Grammy-nominated “Broken Trust” in 1980; George Jones’s classic “Same Ole Me” in 1982; and on recordings by Ray Charles, Billy Ray Cyrus, Bill Monroe, Leon Russell, and many others.

In 1987, Golden left the group, replaced by Steve Sanders, who had been playing acoustic guitar in the Oak Ridge Boys’ band. Sanders took an occasional lead vocal, including the 1988 #1 hit “Gonna Take a Lot of River.” After “No Matter How High,” a #1 from 1989, the Oak Ridge Boys’ long run of chart successes declined, but the group’s concerts remained a top draw for decades to come.

In January 1996, after Sanders resigned, Golden returned to the fold. In 2000, the Oak Ridge Boys signed with Spring Hill Records and began releasing gospel recordings again. In subsequent years, they also have cut bluegrass, holiday, and patriotic-themed recordings.