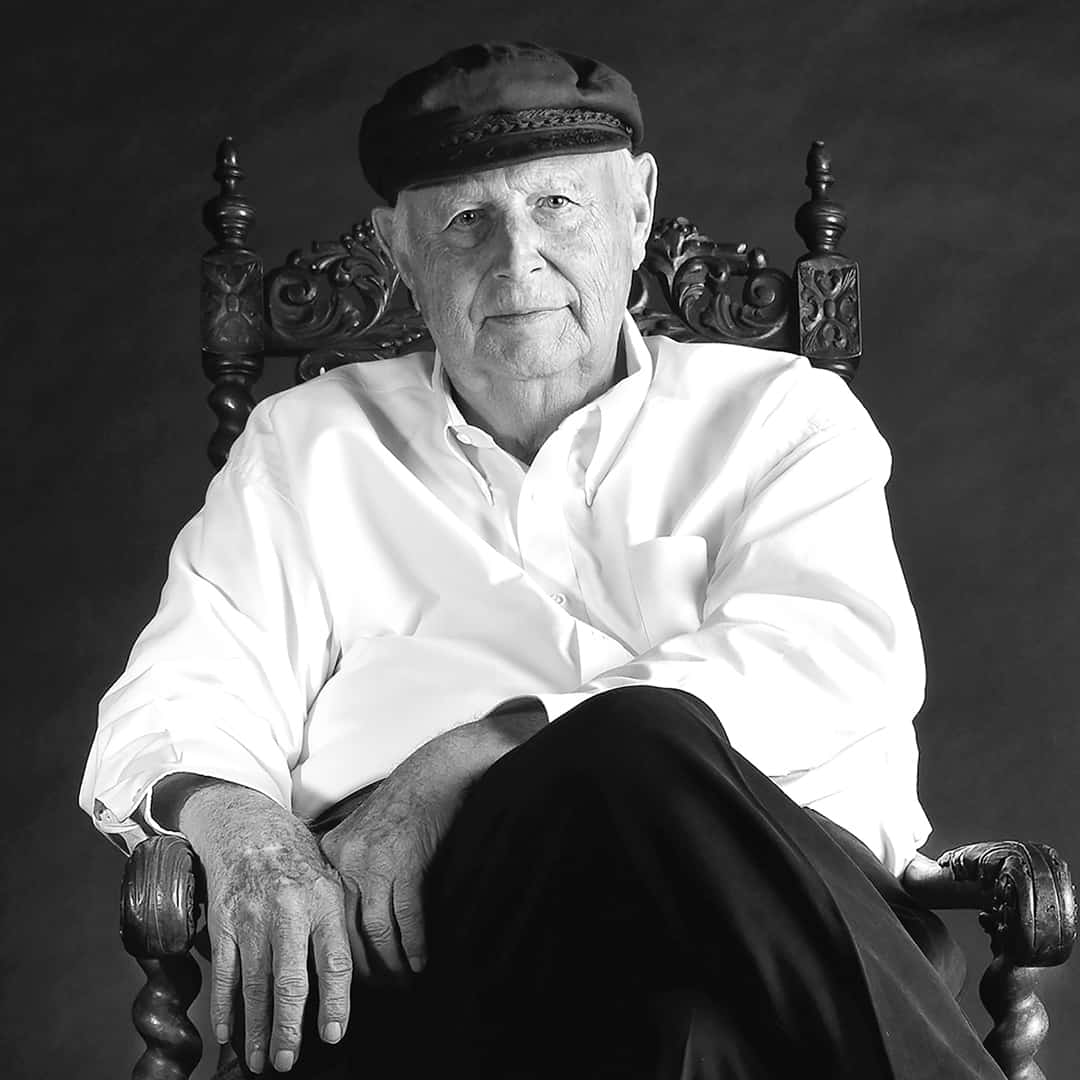 The son of legendary Nashville music industry figure Owen Bradley and a nephew of Nashville A-Team guitarist Harold Bradley, Jerry Bradley was born in Nashville in 1940. He began his high school years at Montgomery Bell Academy, but switched to Hillsboro High after a disagreement with Montgomery Bell’s administration over who should run the school. After graduation he served two years in the army, where lines of authority were not up for debate.

In the 1960s, Bradley began working with his family’s music publishing company, Forrest Hills Music. He learned to engineer and produce records while assisting his father at Bradley’s Barn studio in nearby Wilson County. Jerry vividly recalls the day that his father oversaw the mixing of a recording and asked him what he thought about a particular mix: “I thought, ‘I’ve arrived!’ The great Owen Bradley wants to know what I think!’”

Jerry welcomed the chance to learn from the best. He observed and sometimes contributed to sessions with artists such as Warner Mack, Webb Pierce, Loretta Lynn, Joan Baez, Dinah Shore, Brenda Lee, and Gordon Lightfoot. The Bradley’s Barn schedule was often so hectic that Jerry worked well past midnight, then slept on a couch before starting another session at 9 a.m.

Soon young Bradley enriched his recording experience by working with guitarist Chet Atkins, head of RCA Nashville and a producer whose reputation rivaled Owen Bradley’s. Wanting to make his own mark in the music industry, Jerry told his father that he might be able to land a job with RCA. “You already have a job,” Owen said. “If you aim for another position, make sure it’s an opportunity to advance.”

Jerry did just that. In 1970, he told Atkins he would like to join the RCA staff, and after about a month, Atkins hired him as his assistant. In addition to handling paperwork and communicating with the label’s New York headquarters—neither of which Atkins liked to do—Bradley helped Atkins in the studio, scheduled sessions for various staff producers, and produced artists himself. When a bout with cancer led Atkins to cut back on producing and focus on his own recordings, Bradley succeeded him as head of RCA Nashville in 1973.

Over the next nine years, Bradley signed several best-selling acts to the label. Realizing that country disc jockeys were moving away from older, hard-country artists such as Hank Snow, he spread the word that he was looking for a group with a more progressive sound. As it happened, an exciting, family-based act from Fort Payne, Alabama, came to his attention, and he eagerly signed Alabama to an RCA contract. With Harold Shedd producing, the self-contained group recorded eight chart-topping country singles between 1980 and 1982, including “Tennessee River,” “Feels So Right,” and “Mountain Music.” Each year from 1980 through 1993, the band placed at least one single at #1 on the country charts, while recording many platinum or multi-platinum albums.

In 1973, Bradley had secured permission from RCA New York to let the Nashville branch control its own album covers, and he helped design the artwork for the group’s first RCA collection, My Home’s in Alabama, which featured the outline of the state and the name Alabama spelled with a capital “A” at each end.

Bradley signed Ronnie Milsap, who eventually recorded thirty-five #1 singles for RCA. He produced many sessions with Milsap, sometimes co-producing with Nashville publisher Tom Collins. As head of RCA Nashville, Bradley oversaw the recording career of Dolly Parton as it flourished after 1974, and that of RCA powerhouse Charley Pride, who recorded hits such as “Someone Loves You Honey,” “Burgers and Fries,” and “Where Do I Put Her Memory” under Bradley’s supervision. Other hits Bradley produced include Nat Stuckey’s “Take Time to Love Her,” Johnny Russell’s “Catfish John,” Johnny Bush’s “Whiskey River,” Dave & Sugar’s “The Door Is Always Open,” and Dottie West’s “Six Weeks Every Summer (Christmas Every Other Year).”

Early on, Bradley discovered that he and Atkins differed in their opinions of which takes of a given song sounded best, and soon decided to trust his own instincts. “I wasn’t so much a musical leader,” Bradley said. “I was more of a coach.” Like many successful producers, he learned a great deal from studio musicians, and followed the Atkins maxim that “the musicians in this town will cut you a hit if you don’t get in their way too much.” Besides, sales figures proved that Bradley was more than “doing all right,” as he put it. With strong support from RCA Nashville promotion and marketing executive Joe Galante, Bradley and his team consistently made RCA a leading seller among labels with a Nashville presence.

To industry insiders, Bradley was known as Music Row’s merriest prankster, one who liked to make spoons stick to his face during banquets and other formal ceremonies. Rival joke-pullers might receive calls from Bradley co-conspirators posing as city officials, claiming that recently installed landscaping was too close to the street.

But Bradley also had his serious side. A longtime Country Music Association board member, and CMA board president in 1975, he was a key figure in staging CMA’s annual Fan Fair (now the CMA Music Festival). He also supported the Country Music Foundation and its role in managing Historic RCA Studio B.

As a Nashville label head, Bradley is perhaps best remembered for his prominent role in creating the landmark 1976 album Wanted! The Outlaws, featuring Willie Nelson, Waylon Jennings, Tompall Glaser, and Jessi Colter. Nashville publicist Hazel Smith had described Jennings’s recordings as “outlaw” music, but Bradley pushed the image to new extremes. Although Nelson had moved on to Columbia Records, Jennings was still on RCA, and there were various Nelson recordings in RCA’s vaults, along with material by Colter. Nelson overdubbed vocals on two earlier Jennings performances, while RCA leased tracks that Glaser had recorded for Polydor.

After leaving RCA, Bradley ran the Opryland Music Group of music publishing companies (including Acuff-Rose) from 1986 to 2002, signing new songwriters and increasing income from commercials and film scores. He retired in 2003 when Sony bought these music catalogs.

Jerry Bradley reached the pinnacle of country music achievement in 2019, when he joined the Country Music Hall of Fame.