The Duke of Paducah

Benjamin Francis “Whitey” Ford was a leading country comedian from the late 1930s to the mid-1950s. 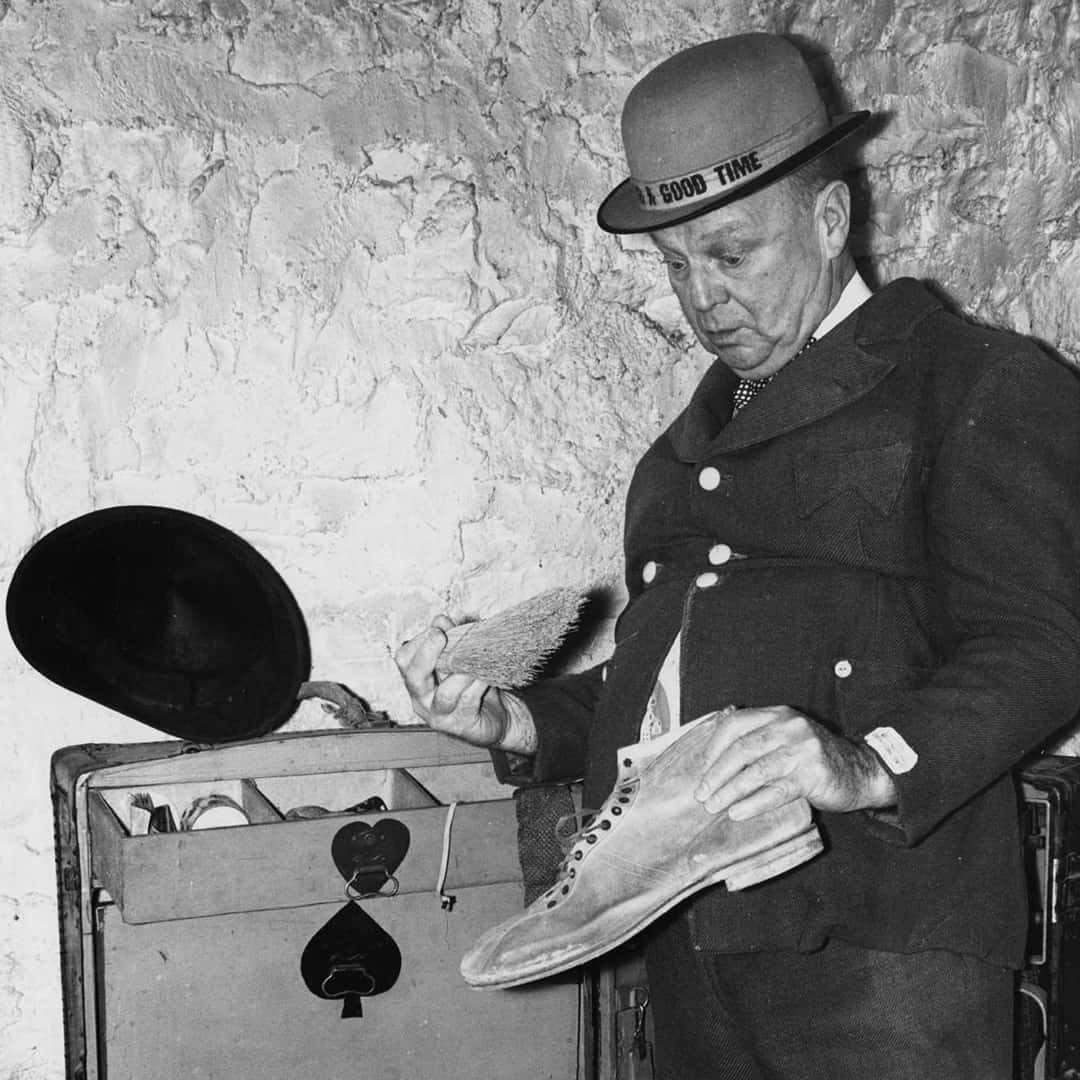 He had only a third-grade education and was fond of calling himself a graduate of the “University of Hard Knocks.”

Following four years in the Navy (1918–1922), he joined a Dixieland jazz group as a banjoist, working in Arkansas and Missouri. Based in Chicago, beginning in about 1929, Ford performed on WLS and eventually toured with Gene Autry.

In the mid-1930s, while based at St. Louis radio station KWK, Ford acquired his Duke of Paducah stage moniker, earlier invented by humorist Irvin S. Cobb. (Ford’s nickname “Whitey” came from his blonde hair.) By then he had developed his comic rube character, begun to compile an enormous library of jokes, and adopted his famous tag line, “I’m goin’ back to the wagon, boys, these shoes are killin’ me!” In 1937, Ford teamed with Red Foley and John Lair to organize the Renfro Valley Barn Dance.

During the late thirties and early 1940s, Ford starred with Louise Massey & the Westerners on the NBC network radio show Plantation Party out of Cincinnati and Chicago before moving in 1942 to star on the Grand Ole Opry’s NBC network segment, a role he would maintain until replaced in 1947 by Rod Brasfield, whom he helped to recruit. Subsequently, Ford made several series of popular radio shows, some of them recorded and syndicated widely throughout the United States and others fed live to CBS from various locations while on tour with Eddy Arnold.

Ford kept working at the Opry and touring, even heading a troupe billed as the Rock and Roll Revue during the mid-1950s. Beginning in 1958, he hosted Country Junction, a Nashville television show that aired on WLAC-TV for a number of years. Eventually many of his jokes found their way to Hee Haw, whose producers bought his joke library. Ford donated numerous radio scripts and extensive scrapbooks to the Country Music Hall of Fame and Museum. The remainder of his substantial collection of American humor was acquired by Emory University shortly before his death. Four months after his passing, he was elected to the Country Music Hall of Fame. – John Rumble