Ronnie Milsap’s passionate vocals and rousing showmanship made him a favorite concert attraction for more than four decades. His command of country, country-pop, rock & roll, rhythm & blues, funk, pop, and classical music made the singer-keyboardist a formidable entertainer who defies narrow classification. 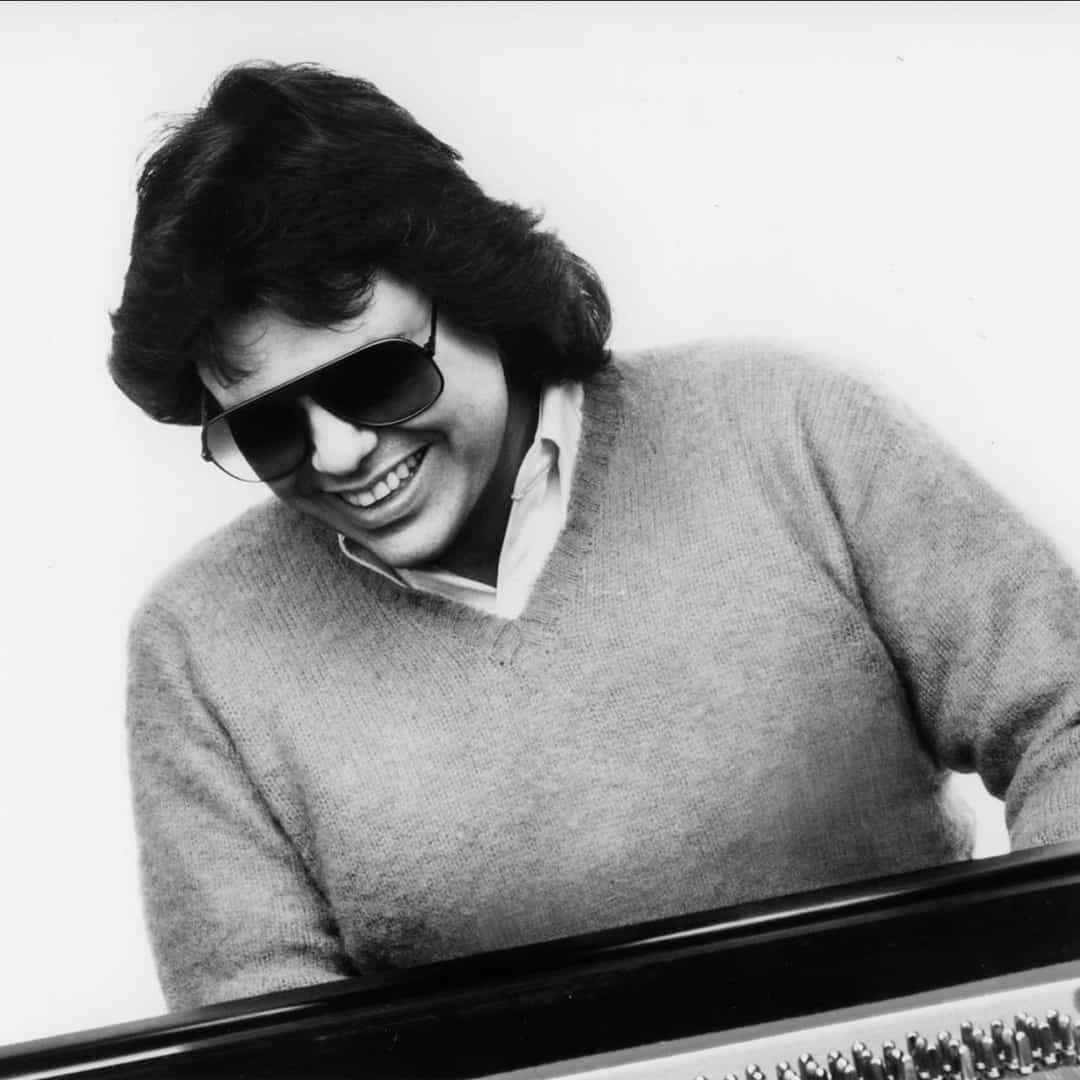 Nevertheless, he’s one of country’s most successful artists, with six Grammy awards for Best Male Country Vocal performance, four CMA awards, and thirty-five #1 hits. An exemplar of the country-pop sound of the late 1970s and early 1980s, the energetic and versatile performer kept scoring hits into the youth-driven country boom of the late 1980s and early 1990s. As of 2014, Milsap had seven albums certified gold by the Record Industry Association of America (RIAA).  Greatest Hits Volume 2 was platinum, and Greatest Hits double-platinum.

Born blind into an Appalachian family named Millsaps, he went to live with grandparents at age one. According to his 1990 autobiography, It Was Almost Like a Song, his mother regarded his blindness as divine punishment and asked his father to take Ronnie away. At age six, having heard gospel music at church and country music via radio, he entered the State School for the Blind in Raleigh, North Carolina. Despite harsh treatment, he blossomed musically, learning the school’s classical techniques while absorbing pop styles available on radio.

Graduating in 1962, Milsap pursued music at Young Harris Junior College (he finished in 1964), and he released his debut single, “Total Disaster,” in 1963 on Atlanta’s Princess Records. He chose music over law school, and he was recording R&B-tinged pop for New York’s famed Scepter label by 1965; that year he enjoyed a minor hit with “Never Had It So Good.” A 1968 move to Memphis led him to Chips Moman’s hot American Studio and a regular gig at “the jumping nightclub—T. J.’s.” Milsap played piano and sang on Elvis Presley’s “Kentucky Rain” (1970) and recorded briefly for Moman’s Chips label; he then cut LPs for Warner Bros. and Reprise in 1971–72.

Milsap moved to Nashville in 1972, and performed at an industry hangout, the King of the Road; in 1973, he began a long association with RCA Records. Assisted by publisher-producer Tom Collins, Milsap started charting with country fare including “I Hate You” and “That Girl Who Waits on Tables” (1973). He won a 1974 Grammy for his chart-topping rendition of Kris Kristofferson’s “Please Don’t Tell Me How the Story Ends.” Despite Milsap’s varied output, the #1 hits “Pure Love” (1974) and “Daydreams About Night Things” (1975) positioned him as a purveyor of positive, uptempo love songs. Hits continued in 1976 (when Milsap also joined the Grand Ole Opry) with “What Goes on When the Sun Goes Down” and the Grammy-winning “(I’m a) Stand by My Woman Man.” The singer cracked the pop charts in 1977–78 with “It Was Almost Like a Song” and other #1 hits. CMA’s Male Vocalist of the Year in 1974, 1976, and 1977, he was the organization’s 1977 Entertainer of the Year.

Milsap established his Ronnie Milsap Foundation for visually-challenged persons in 1985 and maintained a grueling schedule of recording, television appearances, and touring. He built his own studio and organized a publishing firm with business associate Rob Galbraith. And the hits kept coming. “Snap Your Fingers” (1987) reprised the 1962 Joe Henderson R&B hit, and a 1987 Milsap–Kenny Rogers duet, “Make No Mistake, She’s Mine,” earned a Grammy for these two champions of country-pop.  Milsap followed the dance-pop of “Button Off My Shirt” (1988) with the hillbilly-hearted album Stranger Things Have Happened (1989).

Even as country radio embraced line-dance fodder, Milsap notched hits through 1992, but he signed with Liberty Records and released True Believer (1993) with only modest success. In 1995 he opened his Ronnie Milsap Theater in Myrtle Beach, South Carolina, having previously opened a restaurant in Gatlinburg, Tennessee (both later closed). Singles released in 2000 and 2004 failed to gain traction with country radio.

By contrast, Just for a Thrill (Image Entertainment, 2004) a collection of standards, showed another side of Milsap, and in 2006 he renewed his RCA association with the Keith Stegall–produced My Life. In that same year, Milsap was selected as one of the inaugural inductees into the all-genre Music City Walk of Fame. A 2007 tour with George Strait and Taylor Swift kept Milsap’s name before the public, as did CD reissues of his RCA albums. In 2009 EMI Christian Music group released his two-CD set Then Sings My Soul: 24 Favorite Hymns and Gospel Songs.

Ronnie Milsap was elected to the Country Music Hall of Fame in 2014. In early 2019 he released The Duets, an album of collaborations with Strait, Willie Nelson, Dolly Parton, Little Big Town, Kacey Musgraves, and more.