From 1947 to 1958, Rodney Leon Brasfield was the premier comedian at the Grand Ole Opry and very likely in country music. 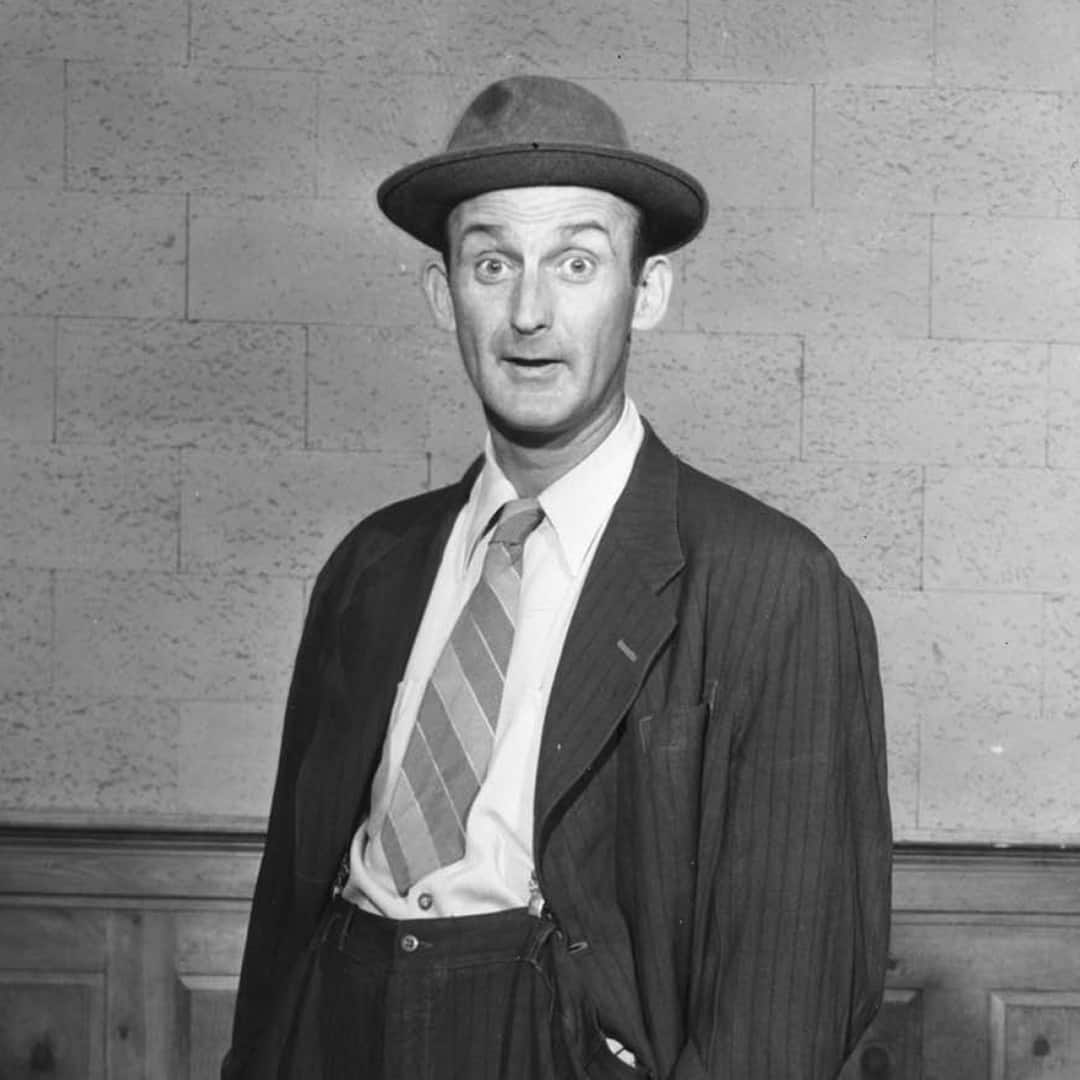 He began his career as straight man for his brother Lawrence (known as “Boob”) during several years with Bisbee’s Dramatic Shows, one of many such troupes that traversed the South during the late 1800s and early 1900s. Brasfield served one year in the Army Air Corps during World War II, but returned to Bisbee’s because of a nagging childhood back injury. Boob eventually wound up playing “Uncle Cyp” on Springfield, Missouri’s Ozark Jubilee television program (1955–1960).

While working the road in the Southeast, Brasfield was recruited by George D. Hay for the Grand Ole Opry in 1944. By this time Brasfield was playing both comic and straight parts and became an immediate hit with the show’s stage and radio audiences, especially on Opry tent shows. With his trademark baggy suit, button shoes, beat-up hat, rubbery face, and clacking false teeth, he could have the audience laughing before he spoke a word. Playing the drawling bumpkin to the hilt, he had a finely honed sense of timing and worked easily with host Red Foley on the Opry’s NBC network segment, beginning in 1947, when Brasfield replaced the Duke of Paducah in this regard. Much of their comedy contrasted the tall, broad-shouldered Foley with the diminutive Brasfield, who skillfully milked running gags by deferentially addressing the singer as “Mr. Foley” and complaining good-naturedly about the sweltering summer heat in the Ryman Auditorium.

Audiences instinctively sympathized with Brasfield’s hapless character, a good ole country boy who was constantly unlucky. Like Minnie Pearl, with whom he frequently teamed from 1948 until his death, he often poked fun at country life—always with good humor. Reinforcing his small-town identity, he took his moniker, “The Hohenwald Flash,” from the name of a Tennessee town southwest of Nashville. Brasfield and Pearl’s comic exchanges (in which they alternated in delivering punch lines; that is, neither was the straight man) were not only broadcast on the Opry radio show, but also televised on a series of ABC network shows made by Opry acts in 1955 and 1956. In addition, Brasfield did comedy routines with singer-comedienne June Carter. Brasfield’s role as Andy Griffith’s sidekick in the 1957 film A Face in the Crowd hinted at a film career that might have been. A victim of heart failure and a widely known problem with alcohol, Brasfield was elected to the Country Music Hall of Fame in 1987. – John Rumble