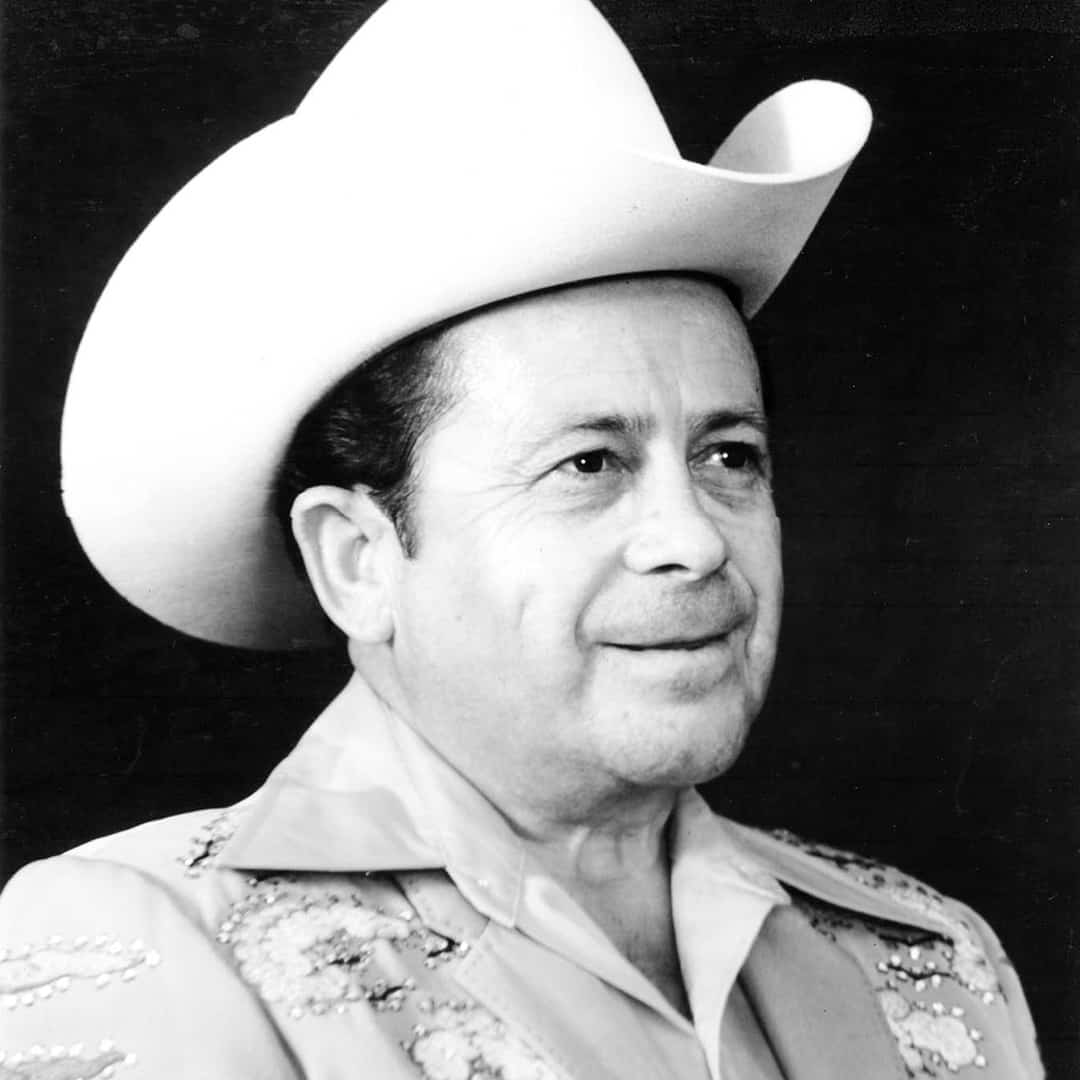 We Could – Little Jimmy Dickens

A-Sleepin’ at the Foot of the Bed – Little Jimmy Dickens

Born into a large West Virginia family, Dickens got his early radio experience on local radio station WJLS in Beckley, with performers such as Mel Steele, Molly O’Day, and Johnnie Bailes. Through the 1940s Dickens hosted his own radio programs in such spots as Fairmont, West Virginia; Indianapolis; Cincinnati; Topeka; and Saginaw, Michigan. Roy Acuff heard him for the first time in Cincinnati, in 1947 and brought him to the attention of both Grand Ole Opry officials and Art Satherley at Columbia Records. After guest appearances on the Opry, Dickens signed with Columbia on September 16, 1948, and joined the Opry shortly thereafter. He achieved success quickly, in the studio and on the Opry stage.

“Jimmy wanted a specific tone from the guitars,” Rhoton recalled in 1997, for the liner notes of the Bear Family boxed set, Country Boy. “Jimmy was keenly aware of what was going on all the time. He liked the single-string, hot-licks type of backup, while he was singing the up-tempo stuff. He was the only artist back in those days that you could play that way with.”

“Turn on all your radios, I know that you will wait,” beseeched bluegrass king Jimmy Martin in “Grand Ole Opry Song,” a 1956 record that Martin re-recorded as the first track of the Nitty Gritty Dirt Band’s classic 1972 album, Will the Circle Be Unbroken. “Hear Little Jimmy Dickens sing ‘Take an Old, Cold ‘Tater and Wait.’”

“Grand Ole Opry Song” also name-checked country greats including Bill Monroe, Minnie Pearl, and Ernest Tubb. With Dickens’s passing, Martin and all of the twenty-two Opry performers mentioned in the song are gone.

Dickens not only influenced country music’s sound, he also had an impact on its fashion sense. In 1949, he became the first person on the Opry to wear a suit designed by Los Angeles-based tailor, Nudie Cohn. In the early 1950s, Cohn adorned some Dickens suits with rhinestones, and Dickens became the first Opry star to glitter.

In the late 1950s, Dickens recorded some rockabilly numbers, including “Salty Boogie,”“Blackeyed Joe’s,” and “(I Got) a Hole in My Pocket” (later a hit for Ricky Van Shelton). Other well-known Dickens novelty numbers include “Hillbilly Fever,” “Bessie the Heifer,” “Hot Diggity Dog,” and “Cold Feet.” He also performed romantic ballads, such as “I’ve Just Got to See You Once More” and “My Heart’s Bouquet,” but his novelty hits overshadowed them.

Following his #9 hit with Boudleaux and Felice Bryant’s “Out Behind the Barn” in 1954, Dickens did not place another song on the country chart until “The Violet and a Rose,” in 1962. He left the Opry to tour with the Philip Morris Country Music Show in 1957, but returned in 1975. His biggest hit came in 1965 with a new novelty song, “May the Bird of Paradise Fly Up Your Nose,” which peaked at #1 and went on to #15 on the pop listings. Thereafter, Dickens placed singles for Columbia regularly on the charts, until 1972. He moved to Decca Records in 1967 and to United Artists in 1971. Of his later songs, “Country Music Lover” in 1967 had the highest chart ranking, but along with his novelty classics, the sentimental recitation “Raggedy Ann (You’ve Been Quite a Doll)” retained the longest popularity with his fans.

In the new century, Dickens was among the Opry’s best known and best loved performers, and he served as an ambassador for the show, hosting segments, holding court in his dressing room, and sometimes inducting new members into the Opry family. (To induct the six-foot, six-inch Trace Adkins face-to-face in 2003, Dickens climbed a stepladder.) He became a friend of contemporary country star Brad Paisley, often appearing in Paisley’s videos and in comedic cameos during the Paisley-hosted CMA Awards and recording comedy tracks on Paisley’s albums as a member of the “Kung Pao Buckaroos,” with George Jones, Bill Anderson, and others.