Jim Ed Brown and the Browns

For more than sixty years, Jim Ed Brown built an enduring reputation as a versatile performer, radio and TV host, and recording artist 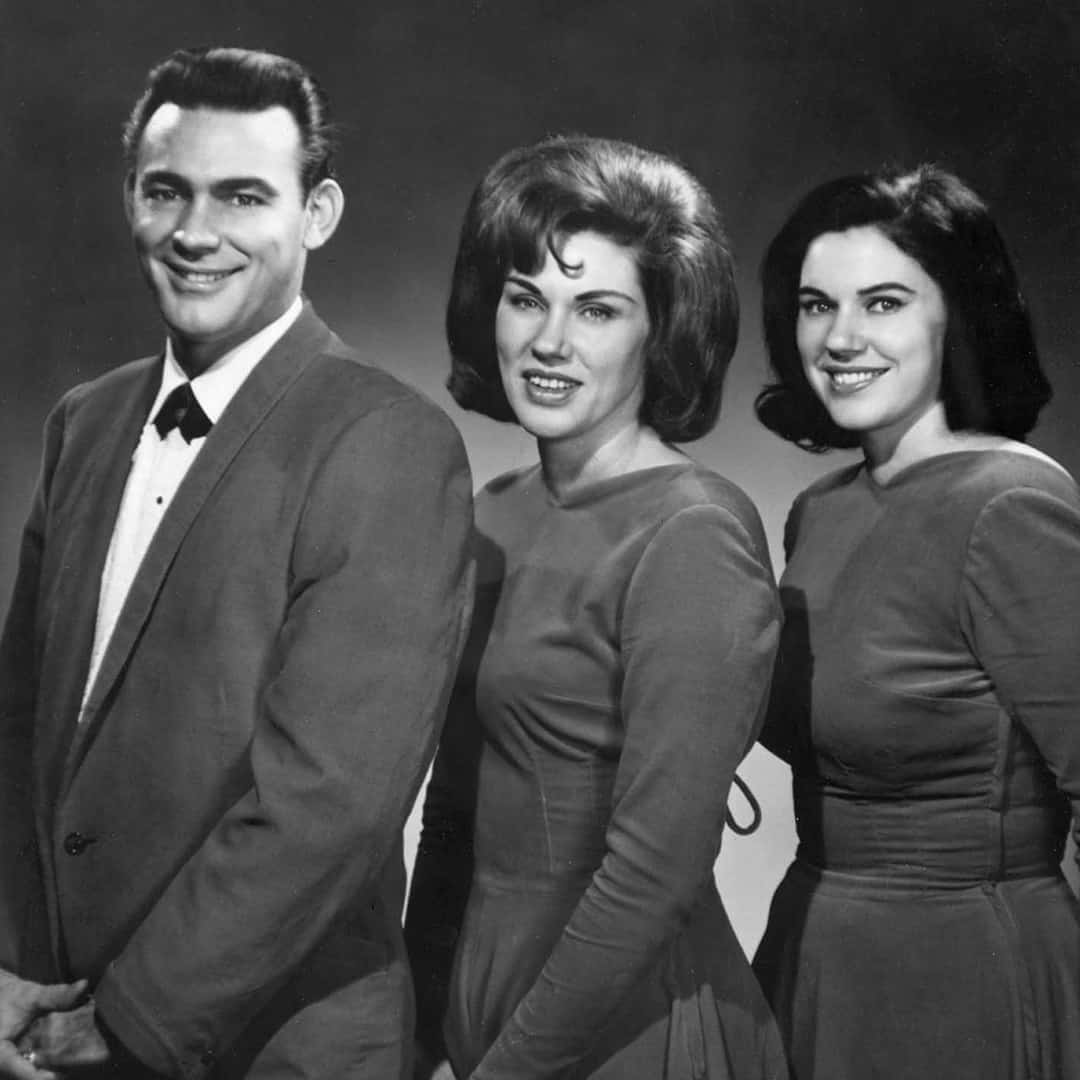 In each of these roles he extended the smooth-singing tradition established by country stars such as Red Foley, Eddy Arnold, and Jim Reeves. The Browns—a trio he formed with sisters Maxine and Bonnie—were perhaps the most important vocal act of the Nashville Sound era.

Their harmonies influenced the Beatles and the Osborne Brothers, and their approach can still be heard in the music of modern vocal groups including Lady Antebellum and Little Big Town. With the Browns, as a solo artist, and as a duet singer, Jim Ed recorded hits from 1954 into the early 1980s.

Born in Sparkman, Arkansas, Brown began singing with his sisters in school and at church functions while growing up in southwestern Arkansas. In 1952, older sister Maxine entered Jim Ed in a talent contest organized by Little Rock radio station KLRA. Although a harmonica player took first place, the station made Jim Ed a regular on Dutch O’Neal’s Barnyard Frolic, and Maxine soon joined him on stage.

By 1954, the young performers were singing on Shreveport’s KWKH Louisiana Hayride, a virtual farm team for the Grand Ole Opry. Using a KWKH studio, Maxine and Jim Ed recorded their original song “Looking Back to See” for the small Fabor label in March 1954. That summer the record became a Top Ten country hit, prompting the brother-sister duo to join the Ozark Jubilee on KWTO in Springfield, Missouri. Already popular on radio, the program became a regular ABC-TV feature from 1955 to 1960.

After younger sister Bonnie became part of the act in 1955, the trio’s rendition of “Here Today and Gone Tomorrow” also cracked Billboard’s country Top Ten. RCA Records signed the Browns in 1956, and during the period from 1956 to 1957 they scored Top Five hits with “I Take the Chance” and “I Heard the Bluebirds Sing.”

Nevertheless, traveling hard to work low-paying dates was tough. The singers were planning to quit show business when their recording of “The Three Bells,” earlier a pop hit for French chanteuse Edith Piaf, topped Billboard’s country and pop charts in 1959, and even reached #10 on the R&B chart. With the additional crossover hits “Scarlet Ribbons (for Her Hair)” and “The Old Lamplighter,” “The Three Bells” touched folk and pop fans and led to network TV appearances, overseas tours, and, in 1963, Grand Ole Opry membership. During these years the Browns’ smooth sibling harmony helped country music broaden its audience by increasing its record sales and broadcasting exposure.

Brown’s resonant voice and easy manner made him a natural host, not only on the Grand Ole Opry but also on other programs. He hosted six seasons of the syndicated television show Nashville on the Road between its debut in 1975 and 1981. During the 1980s, he hosted two series on TNN (The Nashville Network)—the talent show You Can Be a Star and Going Our Way, the latter featuring Brown and his wife, Becky, touring the nation.

In 2014 Brown disclosed that he had been diagnosed with cancer. In January 2015, his disease evidently in remission, he returned to a warm reception on the Opry, at the Ryman Auditorium. Also in January, Plowboy Records released In Style Again, Brown’s first album in thirty-five years. In March, the CMA announced that the Browns would be inducted into the Country Music Hall of Fame in the fall.

On June 3, 2015, Brown’s family revealed that his cancer had returned. His prospects for recovery were slim. On June 4, Brown’s fellow Opry star Bill Anderson, already a Country Music Hall of Fame member, joined a small group—including Country Music Association CEO Sarah Trahern and Country Music Hall of Fame and Museum CEO Kyle Young—who visited Brown in his hospital room. Anderson presented Brown with the medallion signifying his status as Hall of Fame member. Brown died one week later. Bonnie Brown died thirteen months after her brother due to complications from lung cancer; the last surviving member of the sibling trio, Maxine Brown, died in January 2019 at the age of 87.