A fixture on the Grand Ole Opry most of the period from 1948 until his death in 1975, Country Music Hall of Fame member George Thomas Morgan possessed one of the smoothest voices in country music. 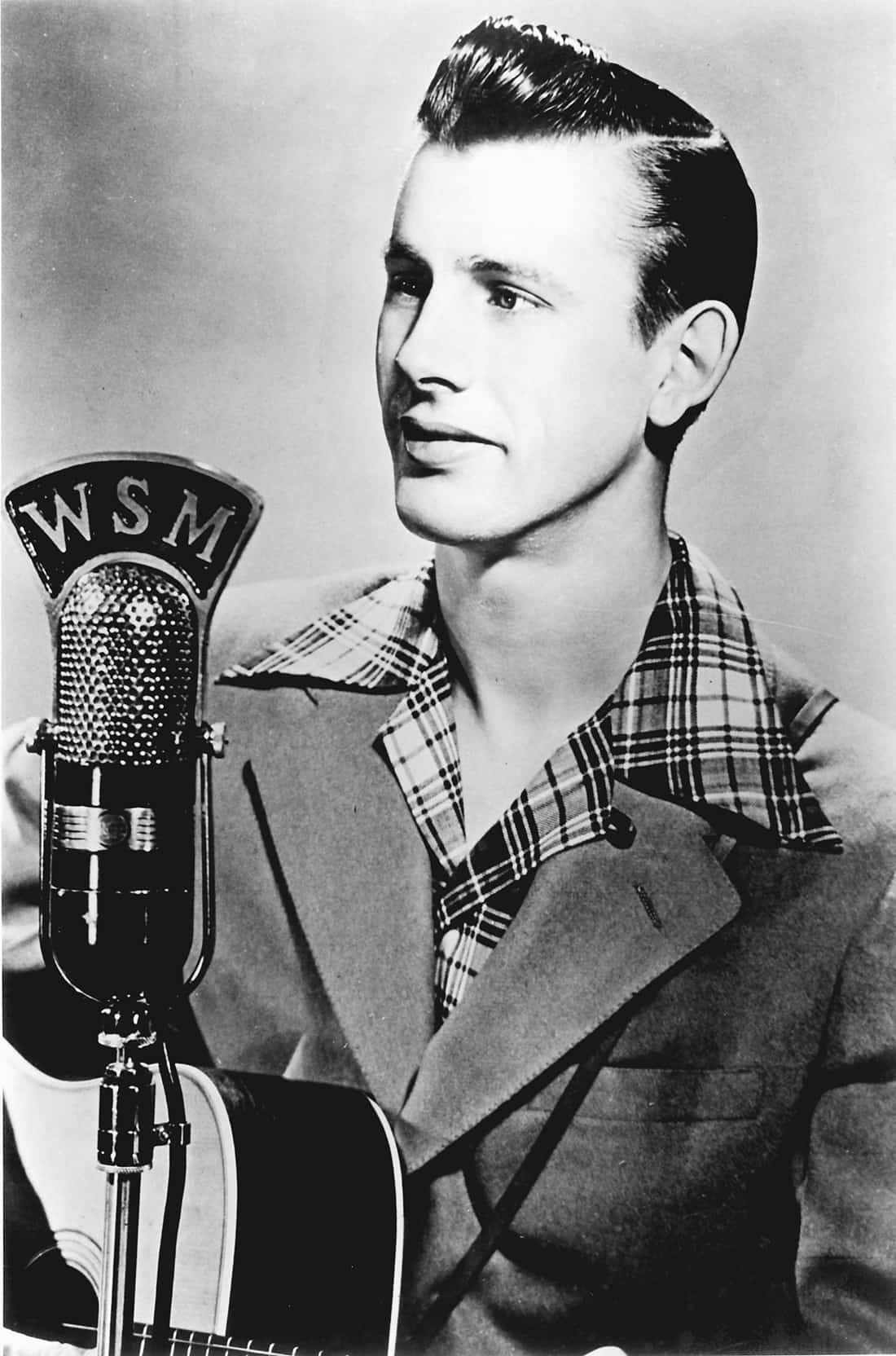 Born about fifty miles west of Nashville, Morgan moved a couple of years later with his family to Barberton, Ohio. At age eleven, he learned to play guitar, and he made early appearances on radio in Ohio at WAKR–Akron and WWST–Wooster. His career gathered momentum on the WWVA Jamboree in Wheeling, West Virginia during the 1940s.

In September 1948, Eddy Arnold decided to leave the Grand Ole Opry. Morgan, whose singing style was similar, joined the Opry on September 25, 1948, without benefit of a hit record. Columbia Records had signed Morgan just days before, on September 14, but due to the 1948 musicians’ union strike he didn’t record until January 16, 1949.

Recorded at that first session, his composition “Candy Kisses” launched his recording career with a bang, eventually reaching #1 on the country charts. On April 30, 1949, Morgan accounted for half the listings on Billboard’s Country Top Ten chart. In addition to his three singles on the chart—“Candy Kisses” (#2), “Rainbow in My Heart” (#8) and “Please, Don’t Let Me Love You” (#9)—he was represented by covers of “Candy Kisses” by Elton Britt (#8) and Red Foley (#10).

That first year proved to be his biggest on the charts, with six singles ultimately hitting the Top Ten in 1949. Of these, “Room Full of Roses” (#4, 1949) was Morgan’s only record to cross over onto the pop charts (#25).

Morgan left the Opry in 1956 to host a TV show at Nashville station WLAC but returned to the Opry in 1959 and remained a popular presence there until his death. After seventeen years with Columbia, Morgan left the label in 1965. He moved on to the Starday and Stop labels, and then Decca/MCA in 1971, where he scored his biggest hit in years with “Red Rose from the Blue Side of Town” (#21, 1973–74). His last recordings were made for 4 Star.

In 1973 Morgan watched proudly when youngest daughter Lorrie Morgan made her Opry debut. Sadly, George Morgan died not long after his fifty-first birthday, from complications following open-heart surgery. Through the wonders of electronics, a posthumous father-daughter duet, “I’m Completely Satisfied with You,” charted briefly in 1979.  –Walt Trott