Jack Henderson Clement became one of the most respected and influential figures in the country music industry. 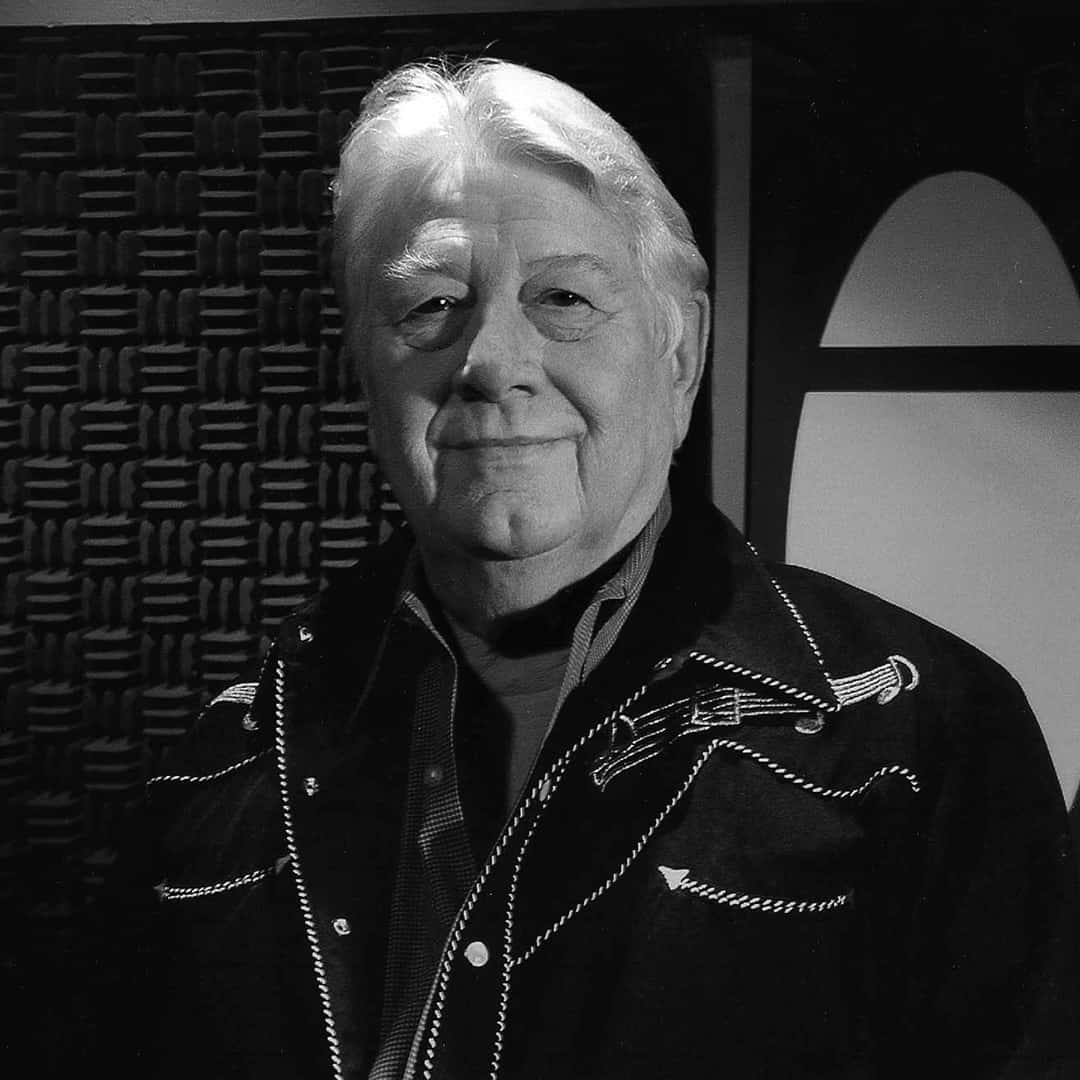 He gained success not only as a songwriter, but also as a studio engineer, producer, recording studio owner, music publisher, and artist.

A native of Whitehaven, Tennessee, he was born April 5, 1931. After four years in the Marine Corps, Clement toured with a bluegrass band before settling temporarily in Memphis in 1954.

Sun Records founder Sam Phillips soon hired Clement as the label’s staff producer-engineer. During his tenure with Sun (1956-59), Clement worked with artists including Roy Orbison, Carl Perkins, Johnny Cash, Jerry Lee Lewis, and Charlie Rich. Also while at Sun, Clement penned “Ballad of a Teenage Queen” and “Guess Things Happen That Way” both of which were #1 country and Top Twenty pop hits for Cash in 1958. Clement was fired from Sun in 1959 by owner Sam Phillips, a development Clement described as a “misunderstanding.”

Clement moved to Nashville in 1960 to work as a songwriter and producer for Chet Atkins at RCA. Soon, however, Clement relocated to Beaumont, Texas, where he and producer Bill Hall opened Gulf Coast Recording Studios. Clement met George Jones in Beaumont and suggested he cut Dickey Lee’s “She Thinks I Still Care,” a #1 hit for Jones in 1962. Jones hit #3 with Clement’s “A Girl I Used to Know” that same year. He acquired his nickname, Cowboy, after a role in a made-up radio show he created with Lee and songwriter-producer Allen Reynolds.

In 1965, Clement moved back to Nashville and began a lengthy association with singer Charley Pride. He financed a demo session and gave the tape to Chet Atkins, who signed Pride to RCA. Clement produced or co-produced Pride’s first thirteen RCA albums.

In the 1970s, Clement established the JMI label, the early home base for country star Don Williams. During these same years, Clement also expanded his publishing company and opened three Nashville recording studios. In 1975, he produced Waylon Jennings’s classic album Dreaming My Dreams and hosted recording sessions for Merle Haggard, Ray Stevens, and Mickey Newbury, as well as Williams. Like Williams, Bob McDill (“Amanda”) and Allen Reynolds (“Dreaming My Dreams with You”) were members of Clement’s songwriting stable. Artists who cut songs from Clement’s vast publishing catalog ranged from Tammy Wynette to Eric Clapton, Perry Como, and Elvis Presley. Clement had recorded several sides for Sun in the 1950s, and his album debut, All I Want to Do in Life (1978), included “When I Dream,” a Sandy Mason song Crystal Gayle took to #3 in 1979.

During the 1980s, Clement produced records for Johnny Cash as well as tracks for U2’s Rattle and Hum, the band’s 1988 tribute to American roots music. Remaining active as a performer, writer, studio owner, record producer, and filmmaker, Clement released the album Guess Things Happen That Way in 2004. His Cowboy Jack’s Home Movies was named best documentary at the 2005 Nashville Film Festival. In 2007 Clement released the DVD Shakespeare was a Big George Jones Fan, a documentary made up largely of home movies. He was inducted into the Nashville Songwriters Hall of Fame in 1973. He was also inducted into the Rockabilly Hall of Fame and Nashville’s Music City Walk of Fame.

Clement’s musical colleagues and friends staged a concert in his honor on January 30, 2013, at War Memorial Auditorium in Nashville. Those paying tribute included Vince Gill, Kris Kristofferson, Charley Pride, and many others. Among those sending videotaped comments were Bill Clinton and First Lady Michelle Obama. The Country Music Association announced in April that Clement had been elected to the Country Music Hall of Fame. He was inducted officially on October 27, 2013. He died at his home in Nashville on August 8, 2013, after a long bout with liver cancer.  –Bill Friskics-Warren