The Carter Family members were not only key players at the famed Bristol sessions—the so-called “big bang” that did much to put country music on the map—but they also remained at the music’s forefront during its first two decades as a commercial art form. 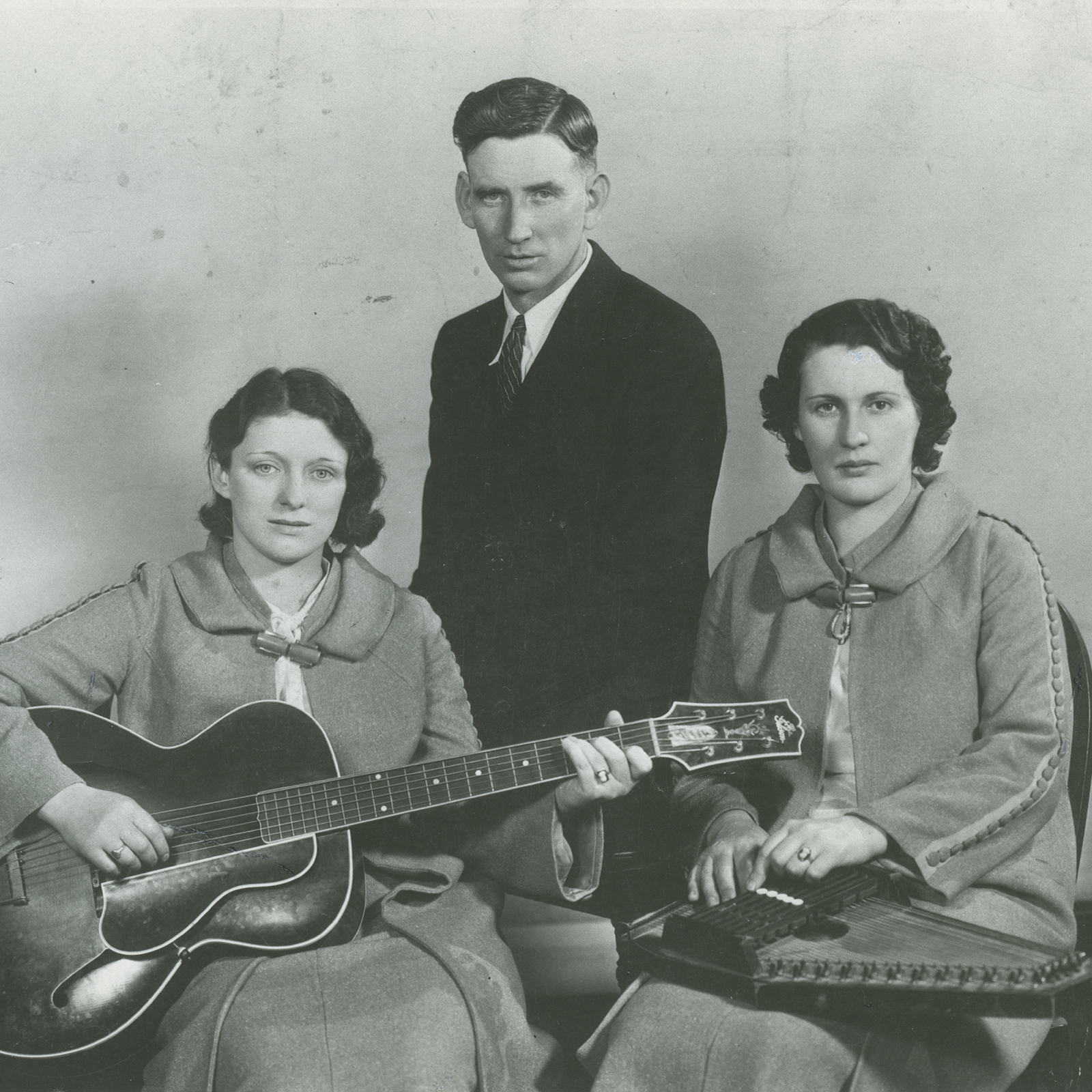 The Carters essentially invented the kind of harmony singing used for years in the music, and popularized dozens of songs that became country standards.

The act served as a platform for two of the most creative and talented women in the music, Sara and her cousin Maybelle. Maybelle crafted the so-called “Carter lick” on the guitar and watched it become one of the best-known picking styles in the genre. In A. P., the Carters had one of the greatest song doctors in country music history, and they produced an amazing number of hits during their recording days, from 1927 to 1941, and they explored a wide variety of song genres, from blues to gospel, from old ballads to nineteenth-century parlor songs.

In spite of these achievements, however, the Carters never had the kind of spectacular financial success like that of Jimmie Rodgers or Gene Autry. They never really “crossed over” to the huge popular audiences of network radio, Hollywood films, and big-time vaudeville. Time and again they kept returning to their beloved Clinch Valley, disgusted or puzzled by the show business world.

Alvin Pleasant Delaney Carter (A. P.) grew up in hilly Scott County, Virginia, just a few miles from the Virginia-Tennessee border. His family farmed, but his father was also a well-respected banjo player and his mother sang old folk ballads; an uncle, Flanders Bays, taught singing schools for local churches, and taught A. P. to read the old shape note songbooks (many of which provided gospel songs for the Carter repertoire). By 1915, after traveling around the country, A. P. returned home to start selling fruit trees; at about this time, he met Sara Dougherty. (According to family legend she was sitting under a tree, playing her autoharp, and singing “Engine 143.”) After a courtship, the pair were married on June 18, 1915.

For the next several years, the young couple entertained informally in the neighborhood, often at churches; unlike many of the older mountain singers, who often sang unaccompanied, the Carters backed their singing with their guitar and autoharp; occasionally A. P. even played the fiddle. In early 1927 the pair auditioned for the Brunswick Record Company in nearby Norton; the company wanted to develop A. P. as a fiddler, but he felt his real talent was in singing, and so he passed on the offer.

Also in that year of 1927, Sara and A. P. were joined by Sara’s younger cousin, Maybelle Addington. As a girl of twelve, Maybelle had begun playing the guitar, then a relatively new instrument in the mountains. “There weren’t many guitar pickers around,” she said. Drawing upon the guitar playing of Lesley Riddle, a local African-American musician who also helped A. P. gather song material, Maybelle came up with her own style of picking the melody on the bass strings while the fingers kept rhythm by downstroking the higher ones—the “thumb brush” technique. In March 1926 Maybelle married A. P.’s brother Ezra, and later joined the group as a guitarist and part-time singer. In late July 1927 they traveled to Bristol, Tennessee, to make their first records for Victor producer Ralph Peer.

Their very first recording was “Bury Me Under the Weeping Willow” (Victor 21074), an old folk lyric that had been reworked by A. P. It would be the first of numerous songs they would record for the company over the next eight years, including best-sellers such as “The Storms Are on the Ocean” (1927), “Keep on the Sunny Side” (1928, their theme song), “Wildwood Flower” (1928), “John Hardy Was a Desperate Little Man” (1928), “I’m Thinking Tonight of My Blue Eyes” (1929), “Wabash Cannonball” (1929), “Anchored in Love” (1928), and “Worried Man Blues” (1930). Their sparse but elegant arrangements helped make these songs country standards, and led them to record more than three hundred songs on Victor and subsequent firms such as the American Record Company (including the Sears custom label Conqueror) and Decca. On many of these Sara and Maybelle carry the burden of most of the singing and picking, with A. P. occasionally joining in harmony. A. P. took most of the responsibility in finding their songs, arranging them, and booking the group’s performances.

During the height of their popularity, the Carters were often separated for various reasons. In 1931 Maybelle and her husband were living as far away as Washington, D.C., where Ezra’s work took him; for a time A. P. was in Detroit working in auto factories. In early 1932 Sara left A. P., returning only for record sessions or serious concerts.

In 1939 Sara remarried, to another of A. P.’s cousins. By the mid-1930s, the Carters landed decent radio contracts, and by the latter part of the decade they found a lucrative job at the Texas border station XERA, Del Rio; this station would broadcast from across the Mexican border, using a signal ten times more powerful than U.S. stations were allowed to use. The station helped spread the Carter sound further than any previous radio station on which the group broadcast. By now the family was involving its children: Sara’s daughter Jeanette and Maybelle’s girls Helen, June, and Anita. When World War II broke out, the family was working on radio station WBT in Charlotte, North Carolina.

In 1943 the group broke up for good even though A. P., Sara, and Maybelle were still at the peak of their performing careers. A. P. returned to Maces Spring to open a country store, and Sara moved to California with her husband. Maybelle started her own career performing with her daughters. They eventually settled in Nashville.

In 1952 A. P. and Sara briefly reunited professionally and made a series of records on the independent label Acme. In 1967 Sara and Maybelle got together for a reunion LP on Columbia.