Few bands have influenced country music’s commercial fortunes as much as Alabama. 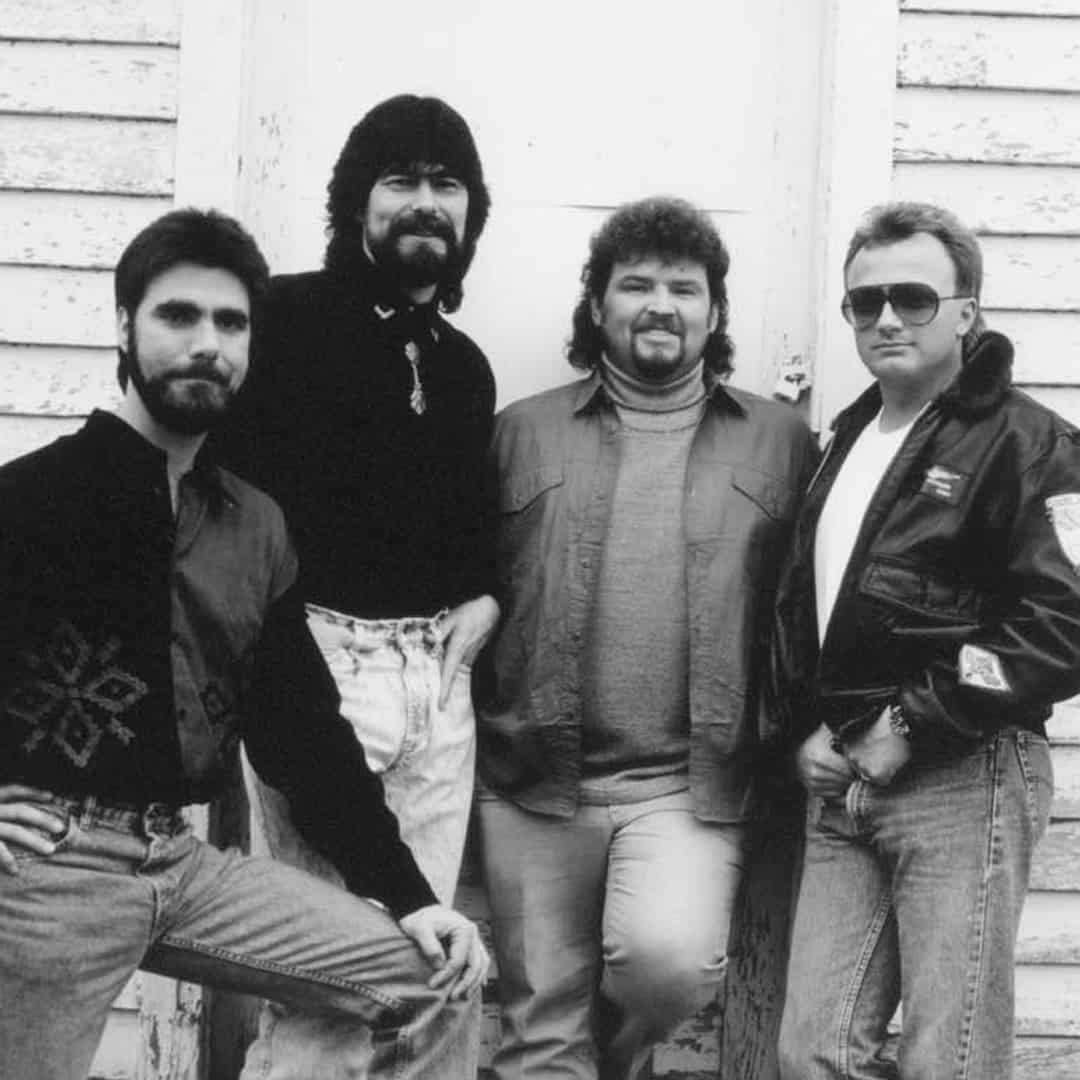 Between 1980 and 1993, this family-based act took more than thirty records to the top of the Billboard country charts and sold millions of albums, substantially broadening country’s audience and making themselves one of American music’s most popular acts of all time. 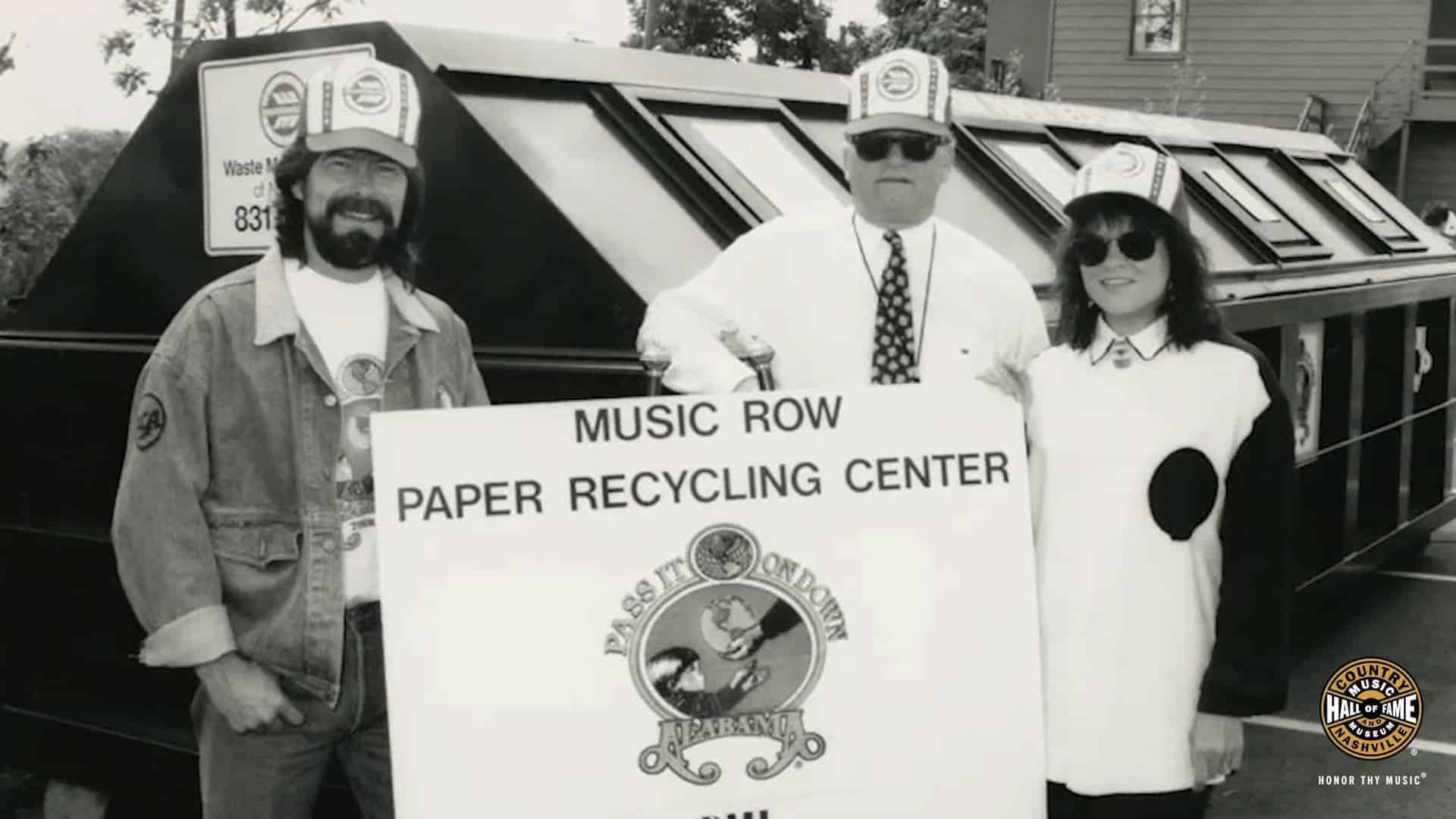 In contrast to vocal groups such as the Oak Ridge Boys or the Statler Brothers, Alabama was a self-contained unit, playing instruments as well as singing. This was unprecedented for a country music band as successful as they were. Professional studio musicians did contribute to Alabama’s records, but Jeff Cook (guitar), Teddy Gentry (bass), Randy Owen (guitar) and Mark Herndon (drums) provided their own accompaniment on the road, where legions of fans flocked to their shows. By adapting the rock & roll formula of the self-contained band to country, Alabama opened doors for group acts who followed them, such as Restless Heart, Shenandoah, Sawyer Brown, the Mavericks, and Lonestar.

As teenagers, Cook, Gentry, and Owen all born in Fort Payne, Alabama, formed a band called Wildcountry. The trio quit their day jobs in 1973, concocted their own potent blend of southern rock and country-pop, and began working show dates across the South. They were special favorites at the Bowery in Myrtle Beach, South Carolina. Wildcountry changed its name to Alabama in 1977 and two years later hired rock & roll drummer Herndon a permanent basis.

Alabama gained a toehold in the recording industry on the small GRT and MDJ labels in the late 1970s. Two Top Forty hits for MDJ—“I Wanna Come Over” (1979) and “My Home’s in Alabama” (1980)—gained the band an invitation to play the “New Faces” showcase at Nashville’s annual Country Radio Seminar in early 1980. In turn, their performance there led to an RCA recording contract in April of that year.

Alabama also recorded numerous albums that went platinum or multi-platinum, including My Home’s in Alabama, Feels So Right, Mountain Music, The Closer You Get . . ., Roll On, 40 Hour Week, Greatest Hits, and Alabama Christmas. Many of these also became Top Thirty pop albums, another testament to the group’s selling power and broad fan base. All the while, the band won awards by the handfuls, including the prestigious Country Music Association (CMA) Entertainer of the Year Award for three years running: 1982–1984.

For fifteen years, beginning in 1982, Alabama began sponsoring the June Jam, a music festival staged in Fort Payne. Headlined by the group, this event drew as many as 60,000 fans at a time, and raised millions of dollars for local charities. In 1998, the band was honored with its own star on the Hollywood Walk of Fame, and in 2000, it was presented with the Minnie Pearl Humanitarian Award. In 2002, the band announced its upcoming retirement and spent much of 2003 on tour bidding farewell to its fans.

In 2005 the group was elected to the Country Music Hall of Fame.  –Geoffrey Himes