Since the mid-1970s Willie Hugh Nelson has emerged as one of the most versatile, enduring, and influential talents in late twentieth-century country music. 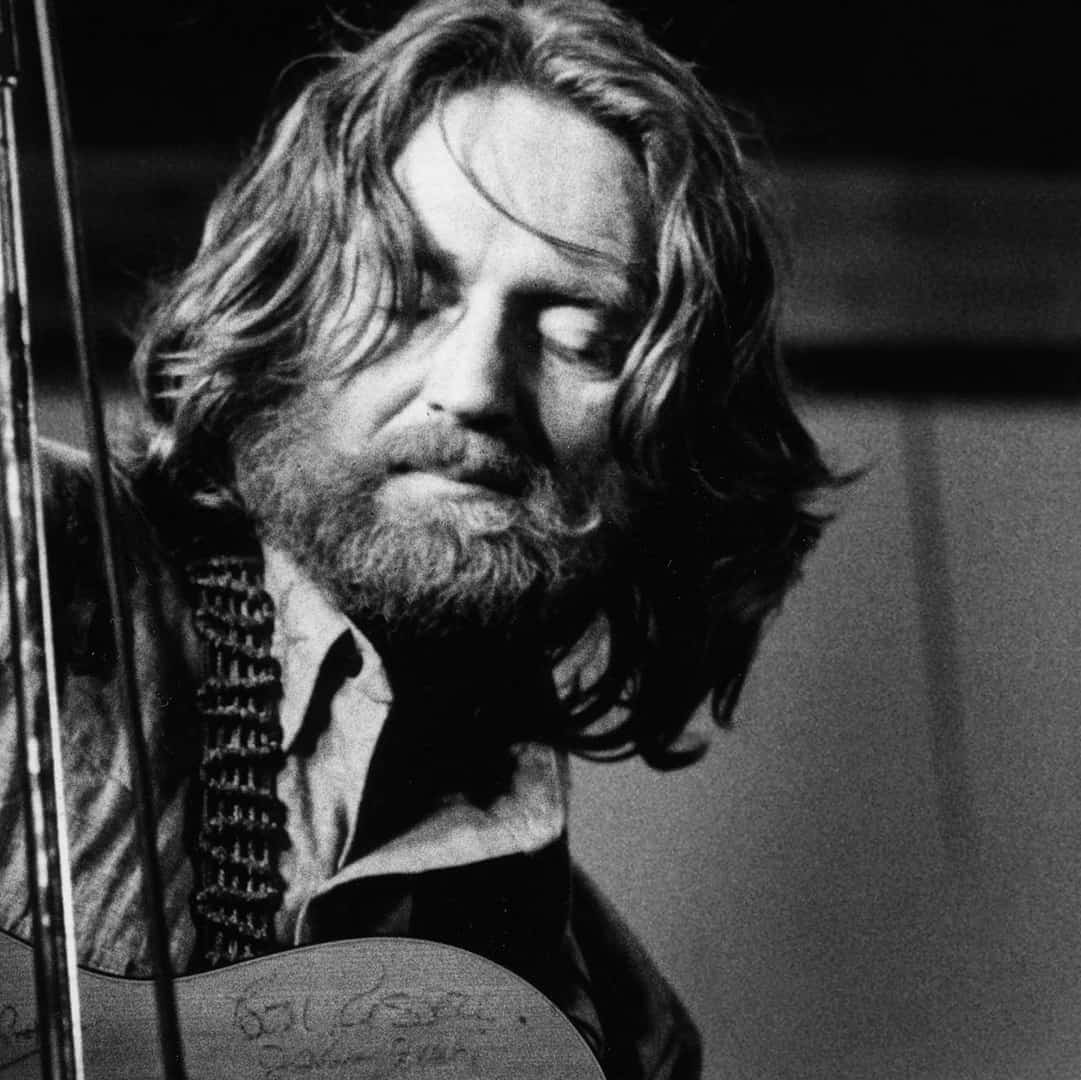 As a vocal stylist, songwriter, bandleader, and even occasional movie actor, Nelson’s long commercial reign (20 #1 hits and 114 chart singles between 1962 and 1993) has been outstripped only by his boundless energy as a performer and songwriter. Since the mid-1950s, his recorded output has been so vast as to confound all but the most dedicated discographers.

“On the Road Again” – Willie Nelson

“Always on My Mind” – Willie Nelson

Growing up in central Texas, Nelson came under the influence of a wide diversity of abiding musical influences—not just the Grand Ole Opry stars of the day, but also more indigenous sounds: the Texas honky-tonk of Ernest Tubb, the western swing of Bob Wills, and even the German-American polka bands he often played in as a youth.

Nelson did a brief stint in the Air Force and married Martha Mathews (the first of four wives) in 1952. He played in various local Texas bands and worked as a DJ at stations in Texas and Vancouver, Washington, where, in the mid-1950s, he made his earliest self-released recordings.

Back in Texas in the late 1950s, Nelson worked at various day jobs and performed extensively in rough-and-tumble honky-tonks in the Houston area. He had begun writing songs as a little boy, and by the 1950s he was starting to turn out fully realized masterpieces such as “Night Life” (recorded by dozens of artists over the years, including Frank Sinatra) and “Family Bible.”

In 1960 Nelson relocated to Nashville, where he met songwriter Hank Cochran, who connected Nelson with Hal Smith and his Pamper Music publishing house. Nelson soon blossomed as one of Music City’s most gifted and prolific writers. “Crazy” (first popularized by Patsy Cline), “Funny How Time Slips Away” (a hit for Billy Walker), and “Hello Walls” (Faron Young) are a few of the best known of his compositions from the early 1960s. In 1963 Nelson married his second wife, Shirley Collie (ex-wife of Biff Collie).

In 1962 Nelson signed his first major label recording contract, with Liberty Records. In that same year his first two singles—“Touch Me” and “Willingly” (a duet with Shirley Collie)—reached the country Top Ten. In November 1964 he became a member of the Grand Ole Opry. Yet despite numerous single and album releases on Liberty and then RCA Records, it would not be until 1975 that Nelson reached the Top Ten again. His wiry baritone and his manner of phrasing—singing slightly ahead of or behind the beat, which was something he learned listening to Frank Sinatra and other pop singers—were just a bit too far off the beaten path of 1960s mainstream Nashville conventions.

In 1970, with his second marriage over and his house destroyed by fire, Nelson moved back to Texas. He was already a popular performer in his home state, and the looser, more progressive musical atmosphere of Austin proved a freer milieu in which his music could evolve and flourish.

An iconoclast, Nelson, a former door-to-door salesman, has always been a brilliant, unabashed self-promoter. Thus it was with great earnestness, much foresight, and a dash of calculation that he developed a countercultural persona replete with long hair, earrings, and worn-out denim, and began courting the youthful audience that had already enabled southern rock to grow from a grassroots phenomenon to a national craze. Allying himself with longtime friend and fellow musician Waylon Jennings, Nelson began laying the groundwork of what, by the mid-1970s, would explode into country music’s Outlaw movement.

In 1973 Nelson was signed to Atlantic Records’ fledgling country division by Jerry Wexler. Nelson recorded a pair of vivid and surprisingly rustic concept albums, Shotgun Willie and Phases and Stages, for the label, as well as a gospel album, The Troublemaker. Though the singles from these LPs had minimal impact in the charts and the sales were modest, they were still respectable and the critical reception warm.

On July 4, 1973, Nelson held his first annual Willie Nelson Picnic in Dripping Springs, Texas. Within a few years, the festival, with its star-studded cast of Nashville and Texas artists, would become a national media event in and of itself (“Woodstock South of the Brazos” was one writer’s description), thus affording Nelson still more exposure.

One of Nelson’s many creative high-water marks and his first real commercial breakthrough came with Red Headed Stranger. This 1975 concept album was recorded in a small Texas studio on a shoestring budget. Some of the executives at Columbia Records, Nelson’s label at this time, balked at releasing it. (Its raw minimalism, to them, suggested a mere demo record.) Yet it ultimately became the first of many million sellers Nelson would enjoy during the 1970s. From it also came Nelson’s first #1 single, “Blue Eyes Crying in the Rain,” ironically not a song written by Nelson but an ethereal version of a 1945 Fred Rose composition.

Another milestone came in 1976 with the release of Wanted! The Outlaws. This compilation album, released by RCA, Nelson’s former label, cleverly repackaged old recordings by Nelson and Jennings, as well as erstwhile Outlaw musician Tompall Glaser and Jennings’s wife, singer Jessi Colter. The Outlaws also quickly became country music’s first LP to be certified platinum (indicating sales of 1 million copies) by the Recording Industry Association of American (RIAA) and helped boost both Jennings’s and Nelson’s national recognition to the point that they were often paired in the public imagination as Waylon & Willie, incidentally the title of one of their LPs. Their #1 country duets include “Good Hearted Woman” (1975) and “Mammas Don’t Let Your Babies Grow Up to Be Cowboys” (1978).

Though Nelson has made many fine recordings both before and since, the 1970s constituted his creative and commercial zenith. One of his many uncommon musical gifts has been his ability to assimilate and interpret many different American popular musical styles within the steadfast dimensions of his own rustic yet fluid baritone and his bedrock rural Texas musical instincts. An example of his versatility is seen in his 1977 LP, To Lefty from Willie, a heartfelt salute to country star Lefty Frizzell and a tribute to Nelson’s own Texas honky-tonk roots. Predictably unpredictable, Nelson followed with Stardust (1978), an inspired collection of classic pop songs that eventually sold four million copies and that is still considered one of his all-time best works.

In the late 1970s, at the height of his stardom, Nelson ventured into feature films and proved a competent actor as well. He played a supporting role with Robert Redford in The Electric Horseman (1979) and went on to play the lead in Honeysuckle Rose (1980), Songwriter (1984) (with Kris Kristofferson), and Red Headed Stranger (1987). In the western Barbarosa (1982), with actor Gary Busey, Nelson even earned accolades from Vincent Canby, film critic of The New York Times. Television films in which Nelson has starred include Where the Hell’s That Gold? (1988) and Once Upon a Texas Train (1988).

Unsurprisingly, Nelson’s immense creativity and ambition have, at times, wreaked havoc with his personal life. He and his third wife, Connie Koepke, whom he married in 1971, were divorced in 1988. In 1991 he married his fourth and present wife, Ann-Marie D’Angelo. By the early 1990s, he had accumulated millions of dollars in debt to the Internal Revenue Service (he has since erased his tax burden), and in the same period of time, his son, Billy, took his own life.

Yet Nelson’s passion for music-making has yet to wane. Now in his eighties, he has continued recording and performing with the energy of a man half his age. In 1993, he was elected to the Country Music Hall of Fame. His duets with Lee Ann Womack (the Grammy- and CMA-award-winning “Mendocino County Line,” 2002) and Toby Keith (“Beer for my Horses,” 2003), and his creative collaboration with producer Matt Serletic and Matchbox Twenty’s Rob Thomas (“Maria [Shut Up and Kiss Me],” 2002) extended his tenure on the country singles chart. The National Academy of Recording Arts and Sciences (NARAS) presented Nelson with a Lifetime Achievement Award in 2000. A star-studded concert in Nashville in 2002, recorded and released as Willie Nelson & Friends: Stars & Guitars, and a second in New York in 2003, issued as Willie Nelson & Friends: Live and Kickin’, paid tribute to Nelson and his inspiring example. Both were telecast on cable TV. As of 2018, the Farm Aid concerts begun in 1985 by Nelson, John Mellencamp, and Neil Young had raised over $53 million to benefit family farming in the U.S.

In 2012, Nelson was the inaugural recipient of the CMA’s Willie Nelson Lifetime Achievement Award, and in November 2015, he became the first country artist to receive the Library of Congress Gershwin Prize for Popular Song. In February 2016, he released Summertime: Willie Nelson Sings Gershwin; the album of standards won a Best Traditional Pop Vocal Album Grammy.