With a winning combination of musical skills, showmanship, professionalism, and business acumen, the Statler Brothers built a career that lasted almost half a century. 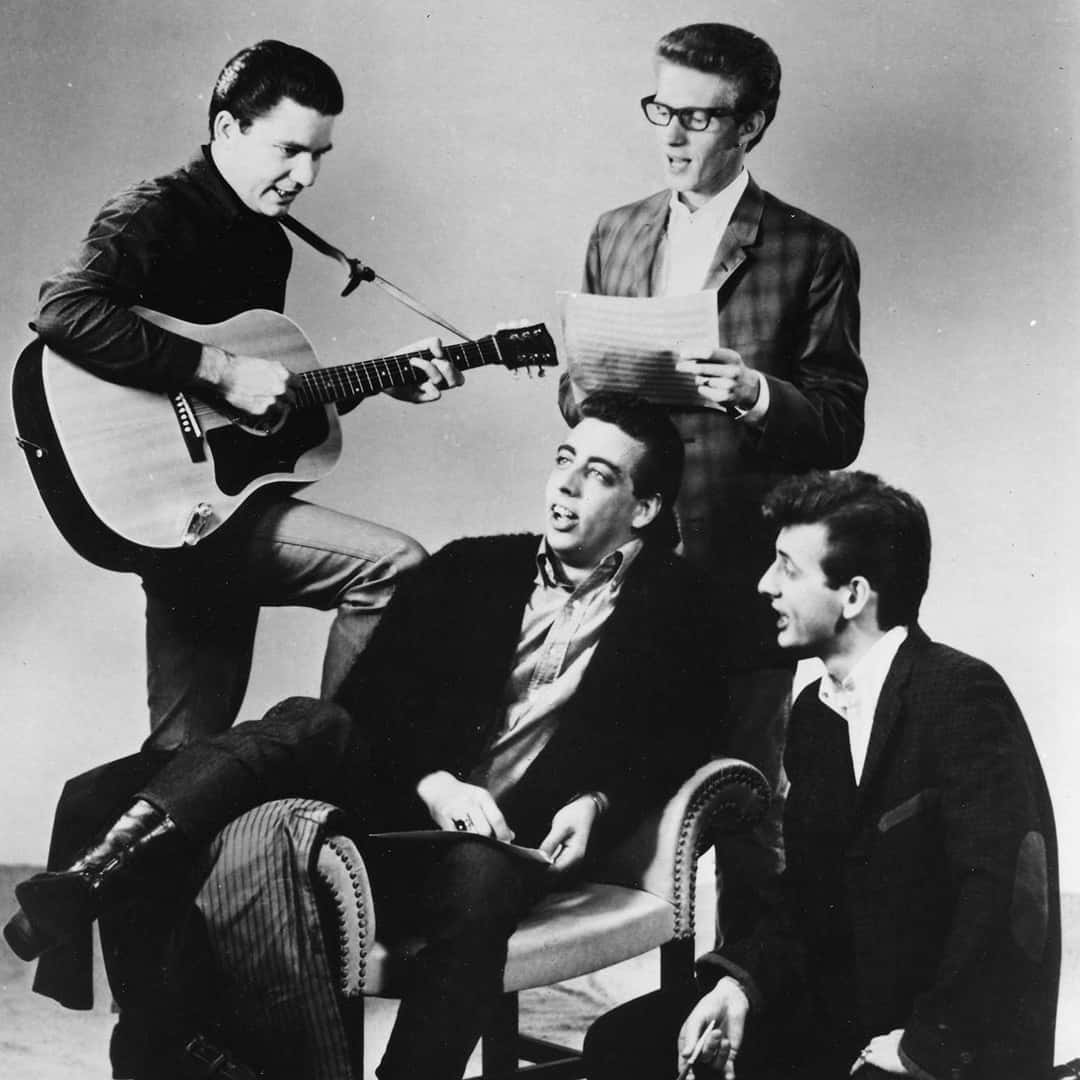 For more than thirty years, they maintained one of country music’s top-grossing road shows, while enjoying great success as recording artists and television performers. All the while, they kept alive country’s venerable tradition of quartet singing, a tradition that reaches back to the genre’s early roots in gospel music.

The Class of ‘57 – The Statler Brothers

I’ll Go to My Grave Loving You – The Statler Brothers

Flowers on the Wall – The Statler Brothers

In the early 1960s, the group coalesced around the talents of four Virginians: Harold Reid, Phil Balsley, Lew DeWitt, and Harold’s brother, Don Reid. Harold Reid, DeWitt, Balsley, and Joe McDorman had worked in a Staunton, Virginia high school group called the Four Star Quartet, making their first appearance in 1955. By 1961, when Harold reorganized the act as the Kingsmen, Harold’s younger brother, Don, had replaced McDorman. The act featured a variety of country, pop, and gospel material, but crafted their harmonies along the lines of influential white gospel quartets such as the Statesmen and the Blackwood Brothers. To avoid confusion with a popular North Carolina-based gospel group also named the Kingsmen, they changed their name to the Statler Brothers (after Statler Tissues).

1964 marked a turning point for the four young men. Early that year they joined Johnny Cash’s road show. They would remain with Cash’s troupe for more than eight years, and they were key members of Cash’s ABC network television show from 1969 to 1971.

A Columbia Records hitmaker, Cash insisted that the label add the Statlers to its roster, and they made their first Columbia session in April 1964. In March 1965 they cut DeWitt’s composition “Flowers on the Wall,” a #2 country hit that crossed over to #4 on the pop charts, won a 1965 Grammy Award for Best Contemporary Performance, Group, and helped the quartet garner another 1965 Grammy for Best New Country & Western Artist. But with the exception of two country Top Tens in 1967, they struggled to follow up on this success at Columbia.

As recording artists, the Statlers hit their stride after Jerry Kennedy, head of Mercury’s country division, signed them in 1969. Throughout their long career with the label, Kennedy produced their recordings, even after leaving to form his own production company in 1984. The group’s first Mercury single, “Bed of Rose’s,” became a Top Ten country single in 1970–71. Eleven more Top Ten records followed during the 1970s, many of them written by the Reid brothers. These included the nostalgic “Do You Remember These” and “The Class of ’57,” “I’ll Go to My Grave Loving You,” and the group’s first chart-topping hit, 1978’s “Do You Know You Are My Sunshine.” They snagged another Grammy for “The Class of ’57” and won CMA’s Vocal Group of the Year Award six years running (1972–77) and again in 1979, 1980, and 1984.

The group’s third Mercury album, Country Music Then and Now, featured their comic alter egos “Lester ‘Roadhog’ Moran & His Cadillac Cowboys,” who parodied a fourth-rate hillbilly band from the waning days of live radio. An entire album followed, the hilarious Lester “Roadhog” Moran & His Cadillac Cowboys: Alive at the Johnny Mack Brown High School (1974). Subsequently “the Old Road Hog” was retired, and according to the Statlers’ last report, was “recovering from an autopsy.”

Never in robust health, Lew DeWitt contended with Crohn’s disease, a disorder that sapped his energy and forced him to leave the group in 1982. His replacement, Jimmy Fortune, joined on a permanent basis the same year. Like DeWitt, Balsley, and the Reids, Fortune was also a Virginian. By now the Statlers were hitting on all cylinders, and during the 1980s they scored eighteen more Top Ten singles, including three #1 hits penned by Fortune: “Elizabeth” (1983–84), “My Only Love” (1984–85), and “Too Much on My Heart” (1985). Fortune also wrote the group’s final Top Ten record, “More Than a Name on a Wall” (#6, 1989).

Though they recorded and did business in Nashville, the Statlers made Staunton their base of operations, and they continued to live there. In 1970, the group staged their first Happy Birthday U.S.A. Fourth of July concert, parade, and community celebration. A top tourism draw, the event featured first-tier country artists as guest performers. It continued through 1995, with proceeds going to local charities.

From 1991 to 1997, a top-rated television show on The Nashville Network widened the Statlers’ fame as one of country music’s most award-winning groups. This weekly Saturday night program resembled a typical 1950s variety show—a strategy the group deliberately pursued to reach a wide, often underserved audience. Although hit records eluded them, TV exposure supported their tours, and they consistently played to sellout crowds until they retired from the road in 2002.

Election to the Country Music Hall of Fame in 2008 was a well-deserved ending for one of American music’s greatest success stories.   –Colin Escott