Ernest Jennings “Tennessee Ernie” Ford, a resonant-voiced baritone and master of good-natured corn, rose to great popularity during the 1950s and 1960s. 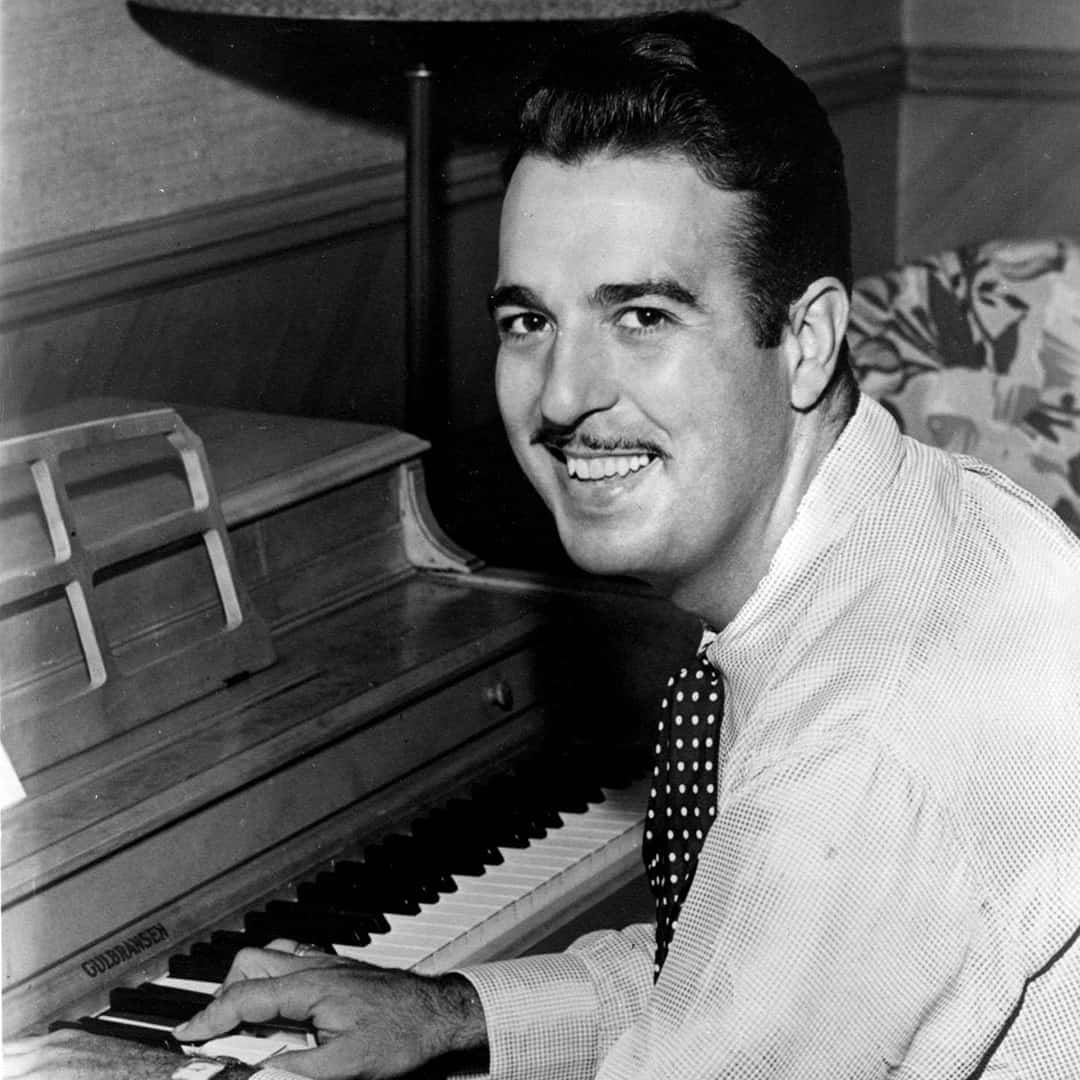 Ford’s first spiritual album, Hymns, was certified gold in 1959; by 1963 it was the biggest-selling album in Capitol’s catalogue. Ford ultimately recorded 81 sacred LPs.

As a child, Ford was musically inclined, singing in school choirs and playing trombone in the school band. By 1937, working as an announcer at Bristol’s WOAI, he went on to study at the Cincinnati Conservatory of Music before joining the U.S. Army Air Corps. Discharged in 1946, and living in San Bernardino, California, Ford soon landed an announcer’s job with Pasadena’s KXLA. His comical Tennessee Ernie character (“bless your pea-pickin’ little heart…”) caught the ear of disc jockey-TV host Cliffie Stone, who made Ford a regular cast member of Los Angeles’s Hometown Jamboree country music television and radio shows.

Signed to Capitol Records in 1948 by Lee Gillette, Ford began cutting typically hot California country-boogie and novelty records that were driven as much by his big, warm voice as by the guitar stylings of Merle Travis and the idiosyncratic steel guitar wizardry of Speedy West. Most of Ford’s early releases made the Top Ten. He first guested on the Grand Ole Opry in 1950, and in 1953 he became the first country singer to appear at London’s prestigious Palladium. Soon NBC hired him to emcee the television game show Kollege of Musical Knowledge, and also to host his own weekday program.

But it was “Sixteen Tons,” with sales topping four million copies, that cemented Ford’s place as one of America’s top entertainers. Due partly to this hit, Ford Motor Company recruited Ford to host a prime-time NBC variety program, The Ford Show (1956–1961). He also made numerous guest appearances on I Love Lucy and other TV shows and became a fixture on television for the next decade (moving to daytime television by 1961).

Ford remained active through the 1970s with numerous television specials and guest appearances. He participated in a Hometown Jamboree reunion at Los Angeles’s Palladium in 1973 and recorded for Capitol until 1977. Inducted into the Country Music Hall of Fame in 1990, Ford was hospitalized after falling at a White House dinner in September 1991 and remained hospitalized until his death from liver disease the following month. – Jonny Whiteside