From 1970 to 1980 Ricky Lee Skaggs was arguably the hottest young picker and singer in bluegrass, both as heir apparent to the reigning legends and as a leader of the progressive bluegrass movement. 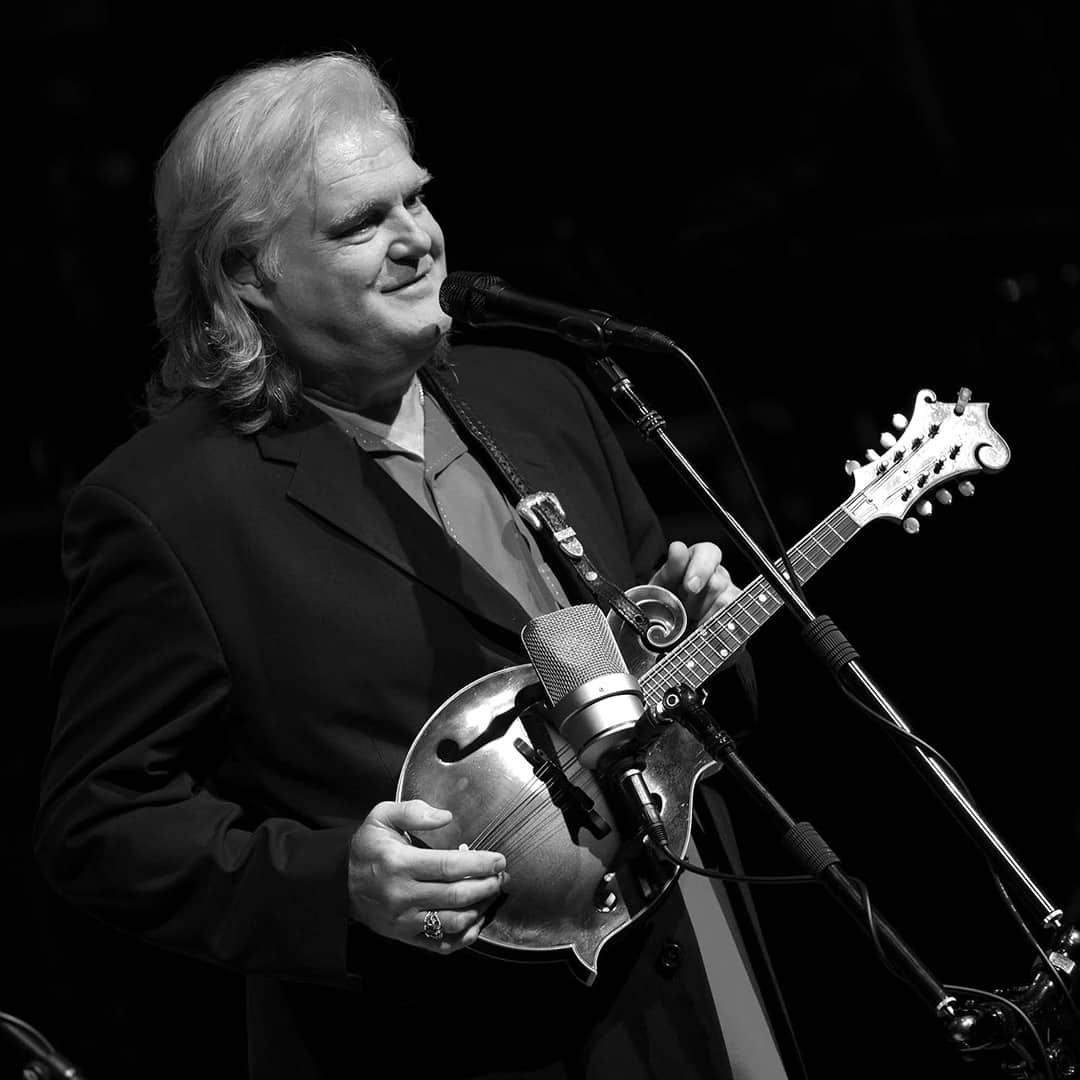 From 1981 to 1989 he adapted his sound enough to become a mainstream country star and scored twenty Top 10 country singles. Since 1990 he has become bluegrass music’s leading ambassador, prominent as a TV host, concert attraction, and award-winning recording artist. 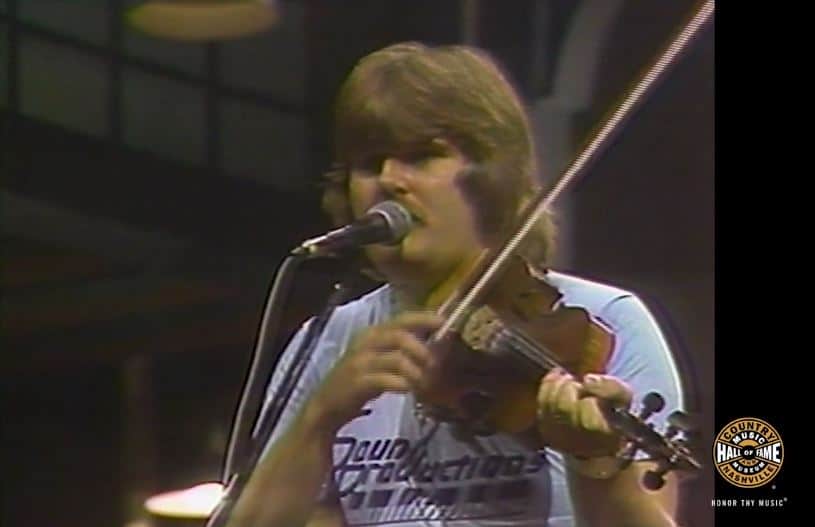 He grew up in the mountains of eastern Kentucky, where he heard his parents sing, listened to their bluegrass 78s, and soaked up country sounds from radio station WCKY-Cincinnati. Skaggs had been playing mandolin less than a year in 1959 when Bill Monroe invited the five-year-old-boy onstage to sing the Osborne Brothers’ “Ruby.” The youngster sang the same song on Flatt & Scruggs’ television show two years later and eventually mastered fiddle and guitar as well. By 1969 Skaggs had met another young Kentuckian, Keith Whitley, assembled a band called the East Kentucky Mountain Boys, and did note-perfect imitations of the Stanley Brothers. One night in 1970, Skaggs and Whitley went to see Ralph Stanley in West Virginia, but when the headliner was late, the club owner asked the two teenagers to entertain the crowd.

Arriving in mid-set, Stanley liked what he heard and soon hired both of them: Skaggs stayed with the Clinch Mountain Boys through 1974. During that time Skaggs and Whitley recorded the album Second Generation Bluegrass, backed by Stanley and his band. Skaggs then worked outside of professional music in Washington, D.C., but before long he was playing with the Country Gentlemen and then J.D. Crowe & the New South, both pioneering progressive bluegrass acts.

In 1977 Skaggs replaced Rodney Crowell in Emmylou Harris’s Hot Band and eventually helped her make the bluegrass-inspired Roses in the Snow (1980). In turn, Harris sang on Skaggs’s Sweet Temptation, a 1979 solo effort that also featured Rice, Douglas, the Whites, and fellow Hot Band members Tony Brown, Emory Gordy, and Albert Lee. Both albums served as blueprints for Skaggs’s first major-label project, Waitin’ for the Sun to Shine (Epic, 1981). The basic sound was still bluegrass, but the banjo had been eliminated; drums and electric bass had been added; and the vocal harmonies were sweet and full rather than mournful and lonesome.

The result was a fresh, unusual hybrid that appealed to broad audiences and produced four chart singles, including back-to-back #1s with “Crying My Heart Out Over You” and “I Don’t Care.” Just as the album was breaking in the summer of 1981, Skaggs married one of his harmony singers, Sharon White of the Whites. The Whites would continue to pursue their own career while contributing to many of Skaggs’s studio recordings.

Waitin’ for the Sun to Shine netted Skaggs two 1982 Country Music Association (CMA) Awards: the Horizon Award and Male Vocalist of the Year. In May 1982 he joined the Grand Ole Opry and soon celebrated with the album Highways & Heartaches: during 1982-83 it yielded three #1 singles: Guy Clark’s “Heartbroke,” the Jim Eanes number “I Wouldn’t Change You if I Could,” and Larry Cordle’s “Highway 40 Blues.”

Don’t Cheat in Our Hometown (1983) also produced three chart-topping singles: the title tune, Mel Tillis’s “Honey (Open That Door),” and Bill Monroe’s “Uncle Pen.” In 1984 Skaggs released his fourth straight gold album, Country Boy, whose title track went #1. The 1985 concert album Live in London featured a guest appearance by Elvis Costello on “Don’t Get Above Your Raising” and sent “Cajun Moon” to the top of the charts. In that same year Skaggs won CMA’s Entertainer of the Year award, and “Wheel Hoss” (from Country Boy) received a Grammy for Best Country Instrumental.

Skaggs’s chart performance slowed after 1985, though he scored six Top Tens between 1986 and 1989, including “Cajun Moon” and “Lovin’ Only Me.” He moved to Atlantic Records for 1995’s Solid Ground but found only limited success; he also alienated some fans by becoming increasingly outspoken about his Christian beliefs.

At the same time, however, Skaggs emerged as a leading advocate for tradition-based country sounds. He became the performing MC of a popular television program on TNN, taped live onstage at the Ryman Auditorium. His weekly radio show, Simple Life with Ricky Skaggs, was heard on 400 radio stations in the United States and twenty-nine other countries. Beginning in 1991 he hosted the annual Ricky Skaggs Pickin’ Party at Wolf Trap Farm Park in Virginia. There he presented such top bluegrass acts as Bill Monroe, Ralph Stanley, Tony Rice, Jerry Douglas, J.D. Crowe, Doc Watson, Alison Krauss, the Seldom Scene, and Del McCoury and jammed with them in intriguing combinations.

In 1997 Skaggs established his own label, Skaggs Family Records (distributed by Rounder), and released the straight-ahead bluegrass album Bluegrass Rules! This Grammy-winning collection took home the International Bluegrass Music Association (IBMA) Album of the Year honors and helped Skaggs and his band, Kentucky Thunder, win IBMA’s 1998 Instrumental Group of the Year award (a prize they had won seven more times as of 2011). That success convinced Skaggs to retire his touring country band and stick with his drummer-less bluegrass ensemble. As of 2018 he had accumulated fourteen Grammy awards. Since 1997 Skaggs’s label has released recordings by acts including the Del McCoury Band, the Whites, Blue Highway, Mountain Heart, and Cherryholmes, some of whom Skaggs has produced. (Earlier Skaggs produced Dolly Parton’s 1990 Columbia album White Limozeen.)

Skaggs proved the wisdom of his return to bluegrass with two more Grammy-winning albums—including tributes to bluegrass patriarchs and a 2007 duet album with multi-genre singer-songwriter Bruce Hornsby—a 2000 tour with the Dixie Chicks, a role as performing host of the 2002 PBS special All Star Bluegrass Celebration, and a featured role alongside Earl Scruggs and Doc Watson in the 2003 PBS special The Three Pickers: Legends of American Music. Ever creatively restless, Skaggs released a contemporary folk-pop album, Mosaic, in 2010. In 2018, Skaggs was elected to the Bluegrass Hall of Fame and the Country Music Hall of Fame. –Geoffrey Himes