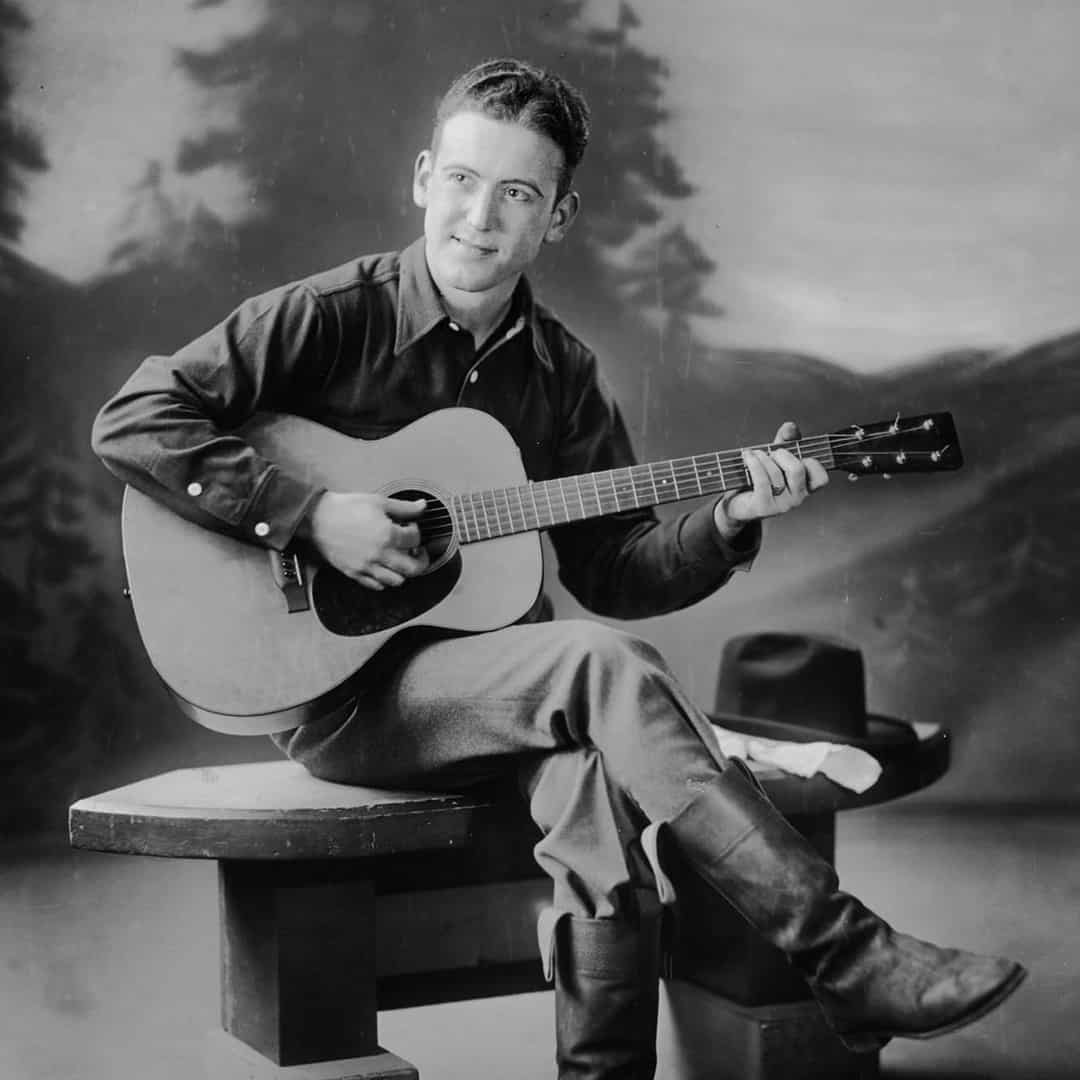 Emerging as a star in Chicago, he later played major roles in the expansion of Nashville and Springfield, Missouri as country music centers. Over the course of his career, he recorded some of the most durable performances in the field, including both sacred and secular material.

Nicknamed for his red hair, Foley grew up around Berea, Kentucky. At his father’s general store, he learned to play harmonica and guitar while soaking in songs and styles from his father and other local musicians, black and white. Voice lessons also improved his native singing talent. After high school, he briefly attended Kentucky’s Georgetown College, where he continued his formal musical studies.

In 1931, however, Chicago’s WLS recruited him with a salary offer of $60 a week, and soon he was winning crowds at the National Barn Dance, an hour of which was first carried by NBC in 1933. He played bass and guitar and sang in John Lair’s Cumberland Ridge Runners, performed in duets with Lulu Belle Wiseman, and ultimately took solo spots as well.

Next, Foley joined forces with Lair, the Duke of Paducah, and Chicago advertising executive Freeman Keyes to launch the Renfro Valley Barn Dance, broadcasting from Cincinnati over WLW before shifting to Renfro Valley, Kentucky, and eventually airing over Louisville’s WHAS. Foley didn’t stay long, though, and went on to work on network radio shows such as Avalon Time and Plantation Party at WLW before returning to the National Barn Dance in 1940.

During the thirties, Foley had recorded for the American Record Corporation with the Cumberland Ridge Runners, but his recording career took off when Decca signed him in 1941. Soon he hit with “Old Shep,” a song he had written years earlier about his own German Shepherd, Hoover, and which he had recorded earlier for ARC.

Other hits followed, and Foley was a hot property when he came to Nashville early in 1946 to headline the “Prince Albert Show,” the Grand Ole Opry’s network segment, in the process replacing Roy Acuff, who temporarily left the Opry in a salary dispute. The change personified the rise of smooth-voiced, solo country vocalists and the waning of the string band era.

Along with Hank Williams and other artists, Foley became a natural focus of Nashville’s nascent recording industry, and in 1947 Decca executive Paul Cohen began making frequent trips to record Foley and other country talent there. Among the many hits Foley cut in Nashville are the boogie tunes “Tennessee Saturday Night” and “Sugarfoot Rag,” the inspiring gospel song “Peace in the Valley,” and the monster crossover hit “Chattanoogie Shoe Shine Boy,” which reached #1 on both country and pop charts in 1950.

In 1953 Foley quit his master of ceremonies role on the “Prince Albert Show,” although he continued to tour as an Opry act for a time. By 1954, Springfield, Missouri executive Si Siman persuaded him to move west and become headliner for KWTO’s Ozark Jubilee on ABC radio. Early in 1955 Foley became the host for Jubilee USA, an ABC network TV show that ran until 1960, sometimes using the name Country Music Jubilee.

After working on the 1962-63 ABC television show Mr. Smith Goes to Washington, starring Fess Parker as Eugene Smith and featuring Foley as Eugene’s uncle Cooter, a homespun philosopher, Foley moved back to Nashville and continued to tour until his death in 1968. Foley had already lived to enjoy election to the Country Music Hall of Fame, in 1967. –John Rumble