Ralph Peer was the prominent early businessman in country music. His impact, moreover, on the larger popular music industry—as a pioneer in recording, music publishing, and artist management—is incalculable. 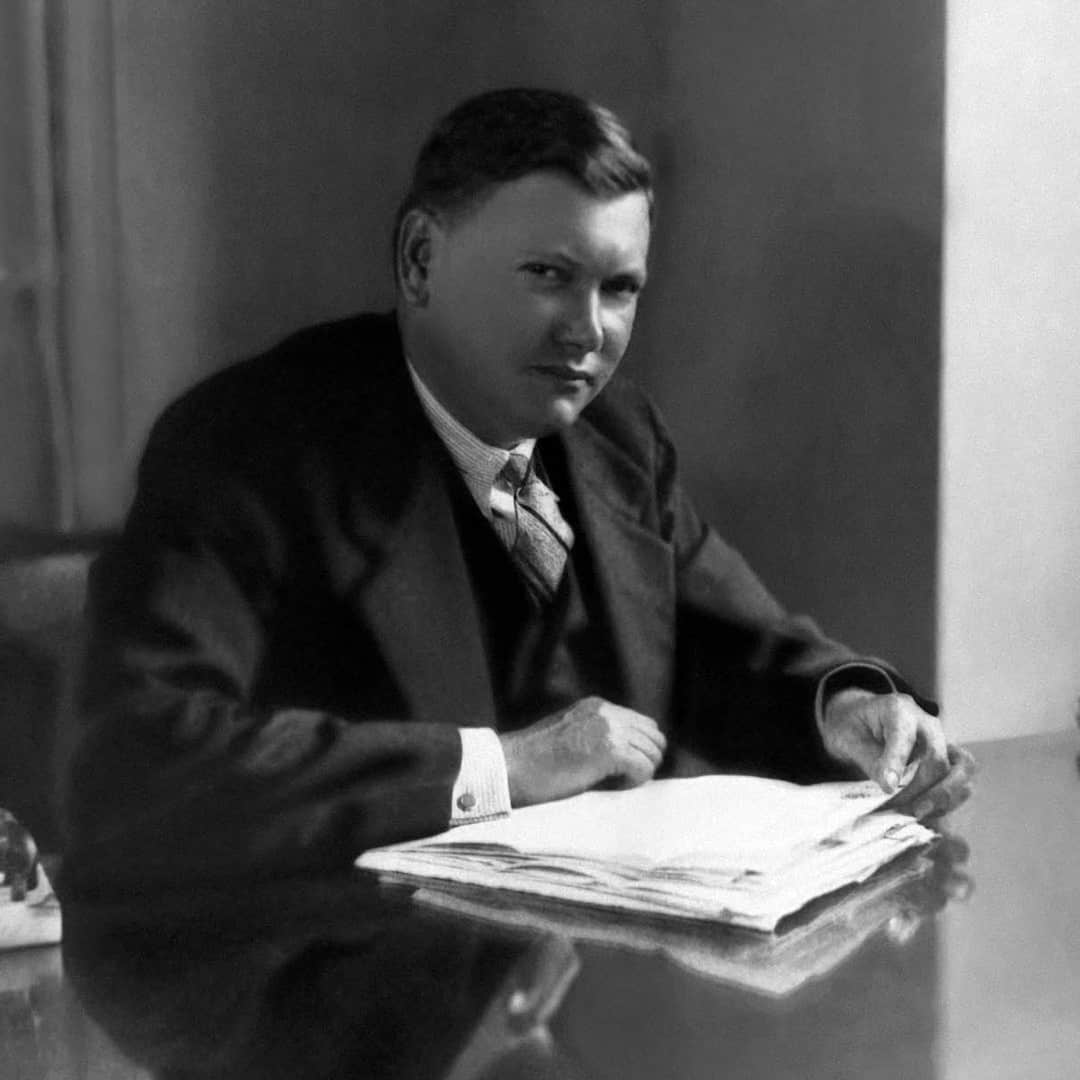 Among the country music innovators whose success can be credited to Peer are Jimmie Rodgers and the Carter Family, both of whom Ralph Peer discovered, recorded, and managed.

Ralph Sylvester Peer was born in 1892 in Kansas City, Missouri. His father, a store owner in the Kansas City suburb of Independence, Missouri, sold records and gramophones, among other wares. At age eighteen, the boy went to work for the Columbia Phonograph Company. In 1919 he was hired by OKeh Records in New York to assist OKeh’s production director Fred Hagar. Neither the country nor “race music” industries existed. According to Peer, OKeh’s records were manufactured by a button company. “The business then,” Peer would recall, “was vocalists making records of ‘Silver Threads Among the Gold’ and ‘Home Sweet Home,’” Peer said in 1959 in one of several taped conversations with Lillian Borgeson (the tapes, from which all subsequent quotations have been taken with permission, are held at the Southern Folklife Collection of the University of North Carolina.)

The first money-making country-music record, Fiddlin’ John Carson’s “The Little Old Log Cabin in the Lane” b/w “The Old Hen Cackled and the Rooster’s Going to Crow” was an accidental success (as was the first race music best-seller three years earlier (Hagar and Peer’s production of Mamie Smith’s “Crazy Blues.”) In June 1923 Peer traveled to Atlanta, looking for a rival to Columbia’s race-music star, Bessie Smith. (Recording in the field, a major source of hillbilly and race music records in the 1920s, was a Peer innovation.) Persuaded by associates to record Carson, Peer thought the sound quality of Carson’s first efforts was “pluperfect awful,” and it took him a while to appreciate the artistic merits of this sort of music. Nevertheless, Peer was quick to capitalize on Carson’s unexpected success and recorded a flood of music by the Hill Billies, the Stoneman Family, Vernon Dalhart, and other first-generation hillbilly music stars. Peer always claimed to have supplied country music with the name it wore until after World War II, “hillbilly.” He took credit, too, for the industry’s use of the name “race music.”

Peer resigned from OKeh in 1925. In 1926 he approached Victor Records, which was eager to expand its hillbilly business, with a novel plan. As he recalled, “This was a business of recording new copyrights. I would be willing to go to work for nothing with the understanding that there would be no objection if I controlled these copyrights.” It was a new way of running the record business, of infusing it with a built-in artistic dynamism. “I insisted on new material,” said Peer. “I wouldn’t let [artists] record the old stuff, like ‘Home Sweet Home.’ Painful experience had shown us it just wouldn’t sell.”

The first stop on a Peer recording trip for Victor in midsummer 1927 was Bristol, Tennessee, a small Southern Appalachian city. Jimmie Rodgers, a semiprofessional singer—of blues, primarily—turned up in the last days of the two-week series of sessions. Peer later said (inaccurately) that Rodgers “only knew, I think, two chords, on guitar,” but he was shrewd enough to see that Rodgers “was an individualist; he had his own style.” Peer responded equally quickly to the Carter Family. He took charge of both acts’ careers. Peer managed Rodgers until his death in 1933.

Even though hillbilly and race music brought him success, Peer said, “I was always trying to get away from hillbilly and into the legitimate music field.” By the 1930s he was publishing songs by Hoagy Carmichael, Johnny Mercer, and jazz composer/arranger Don Redman. Peer said he was unconsciously attempting “to take the profits out of the hillbilly and race business and spend that money trying to get established as a pop publisher.” He’d founded the Southern Music Publishing Company with $1,000 in 1928 and quickly sold it to Victor; buying it back in 1932, he remained its sole owner until he died.

During and after the Depression, he founded a half-dozen branches overseas and started a classical-music arm, Serious Music. He claimed to have conceived the idea of a rival publishers’ group to the American Society of Composers, Authors, and Publishers (ASCAP) five years before Broadcast Music, Inc. (BMI) came into being in 1940; when it did, Peer split his catalogue between ASCAP and BMI (a daring move then, standard practice today), founding Peer International, a BMI affiliate. At Peer’s death, Peer International was America’s biggest BMI publisher; Southern was among ASCAP’s top twenty.

Peer died in Hollywood, California in 1960 and was elected to the Country Music Hall of Fame in 1984. –Tony Scherman