Minnie Pearl was the undisputed queen of country comedy, known for her hopelessly styleless knee-length country dresses, her straw hat decorated with colorful plastic flowers and $1.98 price tag, and her cheerful shout of “How-dee! I’m just so proud to be here!’’ 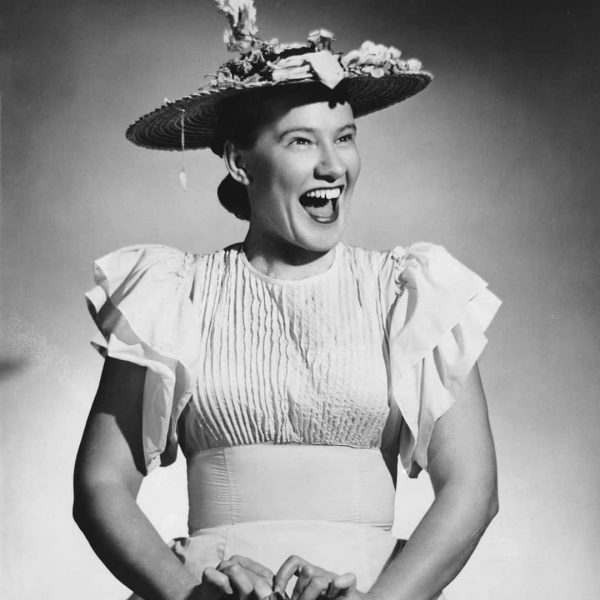 For fifty years, she performed as a member of the Grand Ole Opry, and in 1992, she was awarded the National Medal of Arts, the highest award given to artists by the United States government, for her half-century of work.

She was born Sarah Ophelia Colley, the youngest of five daughters of a prosperous lumber magnate and his homemaker wife, who lost their fortune in the Great Depression. Aspiring to become an actress, twenty-two-year-old Ophelia (as she was then called) settled for a job as an itinerant community theater director for the Wayne P. Sewell Producing Company, traveling to rural southern cities and staging plays owned by the firm. While on the road in North Alabama she met an elderly woman whose amusing country talk and mannerisms inspired Ophelia Colley to create a comic character that eventually became known as Minnie Pearl.

In April 1939 she made her first professional appearance as the Minnie Pearl character at a women’s club function at the Highland Park Hotel in Aiken, South Carolina. In the fall of 1940, a chance opportunity to perform at a banker’s convention in Centerville brought her to the attention of executives at radio station WSM in Nashville. On November 30, 1940 she made her debut on WSM’s Grand Ole Opry. Less than a week later, more than 300 cards, telegrams, and letters addressed to Minnie Pearl flooded the offices of WSM. On December 7, 1940, the name Minnie Pearl appeared among the Opry cast listing for the first time in the weekly radio guide of the Nashville Tennessean newspaper, slotted in the 8:45 p.m. segment.

With the help of her sister Virginia and coaching from the Opry’s George D. Hay, Ophelia Colley gradually developed a fully-fledged comedic character and jokes to go with it. Minnie Pearl became the quintessential small-town spinster, preoccupied with chasing men and gossiping about her family and neighbors in the mythical town of Grinder’s Switch—Brother, Uncle Nabob, and sometime boyfriend Hezzie. In the spring of 1942, she graduated into the elite cast of the Opry when she joined the “Prince Albert Show,” the half hour of the Opry broadcast over the NBC radio network. Not long after getting this promotion, she added a distinctive new touch to her act: the big “How-DEE!” At the request of the William Esty advertising agency that had the sponsor’s account, she went from a wallflower’s shy “Howdy” to a shouted “How-DEE!” that called for an audience response. It quickly became one of her trademarks.

On February 23, 1947, she married Henry Cannon (b. Franklin, Tennessee, August 11, 1917; d. November 7, 1997), a former Army Air Corps pilot and a partner in the charter airplane service Capitol Airways. Before long, he left Capitol Airways and set up his own charter service specializing in the country music business, flying a Beechcraft single-engine plane. Clients included Eddy Arnold and his then-manager Tom Parker, Hank Williams, Carl Smith, Webb Pierce, and eventually Elvis Presley. Client number one was his wife, who soon became known in Nashville society circles as Sarah Cannon. In addition to transporting his wife, Henry Cannon became her manager as well.

From 1948 to 1958 Minnie worked the Grand Ole Opry with veteran comedian Rod Brasfield. They did what was called “double comedy,” meaning that neither one always played the straight man. Depending on how they felt, one or the other might take the punchline. Their partnership was ended by Brasfield’s death in 1958.

Following a May 1, 1957, appearance on NBC-TV’s top-rated This Is Your Life, hosted by Ralph Edwards, Minnie Pearl began making many more appearances on NBC-TV shows hosted by Tennessee Ernie Ford and Dinah Shore as well as The Tonight Show. In the sixties, she branched out to The Carol Burnett Show and The Jonathan Winters Show, whose producer Sam Lovullo recruited her for Hee Haw’s cast in 1969. There she reached a wider audience than ever in her various continuing roles as a teacher in a one-room schoolhouse, a house mother in a girl’s dormitory, editor of the Grinder’s Switch Gazette, and the tough-to-get-along-with passenger in the “Driving Miss Minnie” segments. In the 1980s she began appearing each Friday night on TNN’s Nashville Now, joking with host Ralph Emery for the “Let Minnie Steal Your Joke’’ segment. She continued to play the Grand Ole Opry as well, frequently teaming in later years with Roy Acuff.

In her entire career, she had a half-dozen albums and about twice as many singles scattered among the Bullet, King, RCA, Everest, and Starday labels. Most of her records were monologues. When she did sing, she exaggerated the flaws in her voice. She had only one hit, “Giddyup Go—Answer,” and that was a maudlin recitation that “answered” a similarly maudlin recitation by Red Sovine. It did not reflect her comedic style, and she made little mention of it after it became a #10 hit in 1966.

She performed her last show in Joliet, Illinois, on June 15, 1991; two days later she suffered a serious stroke that left her virtually bedridden in a Nashville nursing home for the next five years. When she died following a final series of strokes in 1996, all of Nashville, and indeed much of the world, mourned her passing. – Paul Kingsbury 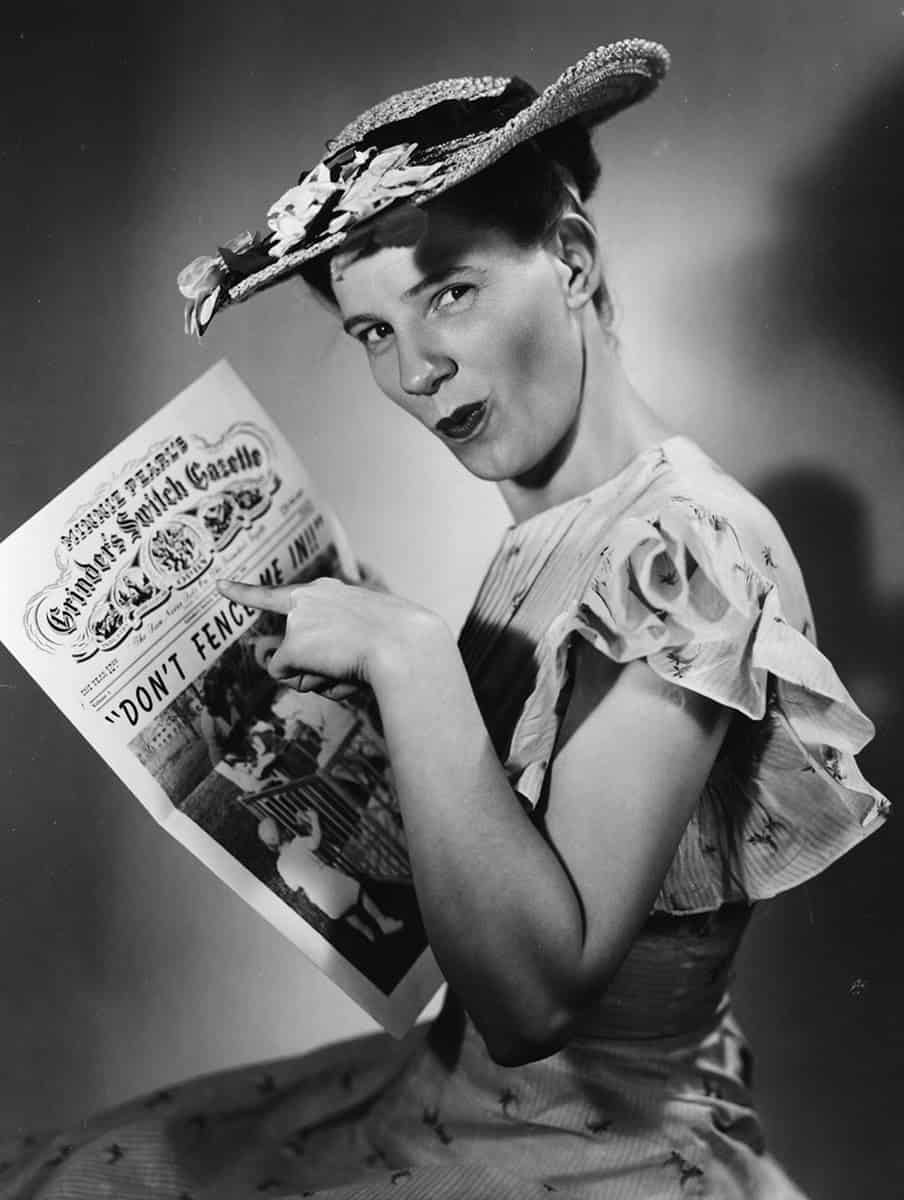