In some ways, Kris Kristofferson was an unlikely candidate for a career as a country songwriter and recording artist. Considering his family background and his education, he seemed destined to become a military officer or a college professor. 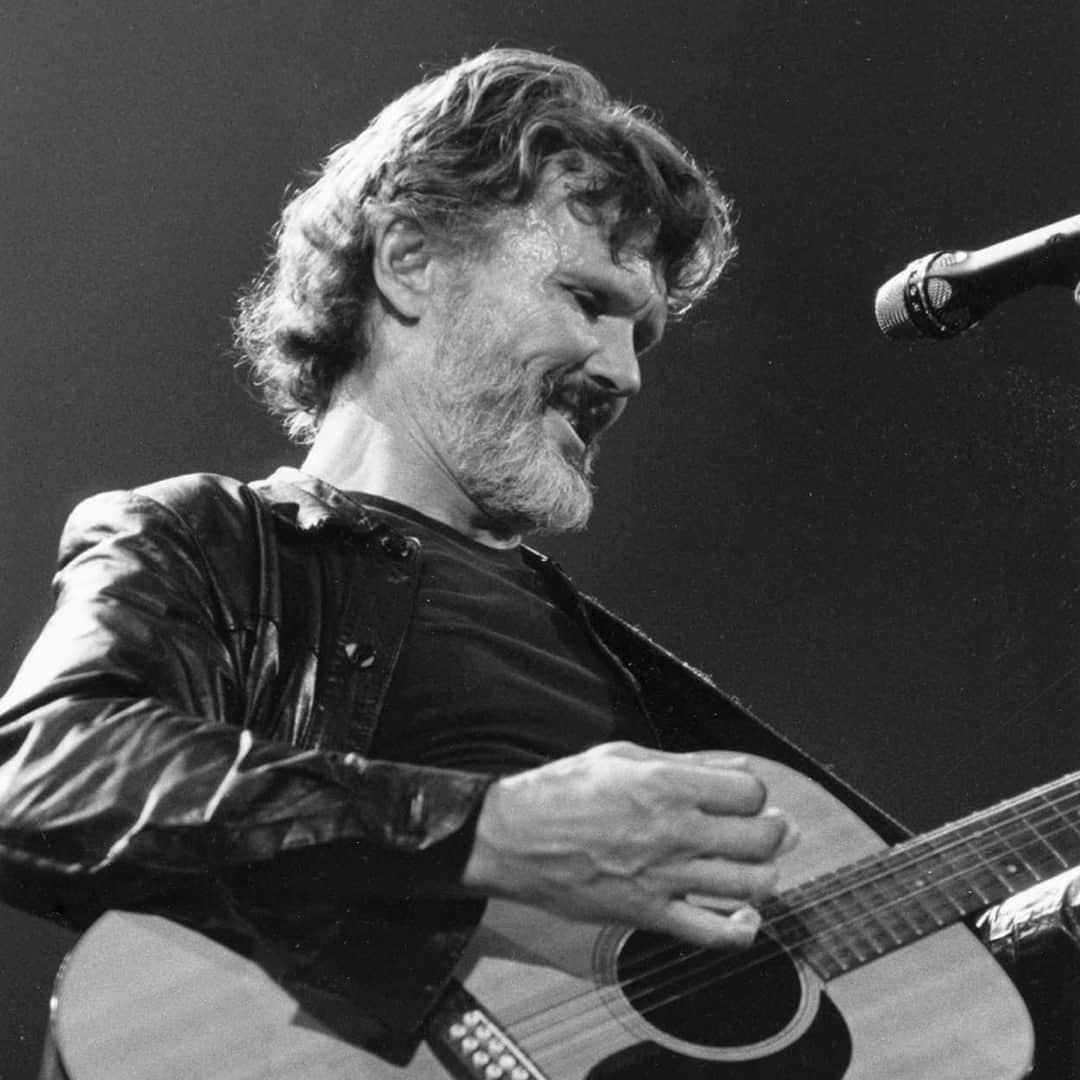 Born in 1936 in Brownsville, Texas, he was the son of an Air Force major general, and served as a captain in the U.S. Army during his own stint in the service. As a Rhodes Scholar, he studied literature at Oxford University after finishing his undergraduate degree at Pomona College in California.

Two weeks before Kristofferson was to begin teaching English literature at West Point, however, he resigned his commission and headed for Nashville, where he pursued his dream of becoming a professional songwriter. Early on, he found encouragement from publisher Marijohn Wilkin at Buckhorn Music, and later from Fred Foster and Bob Beckham at Combine. Like most Nashville tunesmiths, he paid his dues working part-time jobs, including that of janitor for Columbia Studios. While Bob Dylan was recording his famous Blonde on Blonde album there, a then-unknown Kristofferson was sweeping floors and emptying ashtrays.

All the while, Kristofferson was crafting a songwriting style that drew inspiration from the Romantic poets, from the folksingers and poets of New York’s Greenwich Village, and from Mickey Newbury, a fellow Texan and close friend, who also was a Nashville-based songwriter. Kristofferson’s songs began to embody not only the alienation that many Americans felt in a turbulent era of social change, but also the high value they placed upon personal freedom, emotional honesty, and sexual frankness. As a result, his songs helped country artists speak to the times and win new fans among youth and adults alike.

One of Kristofferson’s musical heroes was Johnny Cash, who inspired Kristofferson’s “The Pilgrim.” After several unsuccessful attempts to pitch Cash the song “Sunday Morning Coming Down,” Kristofferson finally got his attention by piloting a helicopter and landing it in Cash’s yard. The song became a #1 country hit for Cash and the Country Music Association’s 1970 Song of the Year.

Nineteen seventy-one proved even more successful for Kristofferson. Sammi Smith’s rendition of his “Help Me Make It Through the Night,” in which the narrator openly encourages a one-night stand, topped the charts that year, winning Kristofferson a Grammy for Best Country Song. Additionally, Smith’s recording won a Grammy for Best Country Vocal Performance, Female, and a CMA Award for Single of the Year. Also in 1971, a recording of “Me and Bobby McGee” by rock star Janis Joplin became a #1 pop hit.

Inspired by Kristofferson’s literary, sensual approach, other writers followed in his footsteps. Guy Clark, renowned for songs including “L. A. Freeway” and “Heartbroke,” had this to say about his 1971 move from Los Angeles to Nashville: “Hearing Kristofferson’s ‘Me and Bobby McGee’ on the radio and knowing it came out of Nashville made Nashville seem a lot more accessible to me.”

As the decade progressed, Kristofferson continued to find the mark with songs such as “Please Don’t Tell Me How the Story Ends,” a #1 hit for Ronnie Milsap in 1974. Moreover, Kristofferson began to make his own hit recordings of his original material, including the #29 pop record “Loving Her Was Easier (Than Anything I’ll Ever Do Again)” and the gospel-influenced “Why Me,” a crossover hit of 1973 that was Kristofferson’s only country chart-topper as a recording artist.

With Rita Coolidge, to whom he was married from 1973–80, Kristofferson made several duet albums and won two Grammy Awards for Best Country Vocal Performance by a Duo or Group. The first came in 1973, for their recording of “From the Bottle to the Bottom,” and the second in 1975, for their rendition of the 1962 Clyde McPhatter R&B hit “Lover Please.”

Long a popular stage performer, Kristofferson hit again on disc with “Highwayman,” (1985). This remarkable song was penned by Jimmy Webb and recorded by the superstar group the Highwaymen, which included Kristofferson, Johnny Cash, Waylon Jennings, and Willie Nelson.

In addition to his many songs and recordings, Kristofferson has acted in dozens of films and made-for-television movies, including Pat Garrett and Billy the Kid (1973), Alice Doesn’t Live Here Anymore (1974), and Songwriter (1984), in which he teamed with fellow legend Willie Nelson. For the latter film, he received an Oscar nomination for Original Song Score. In 1976, he starred in a remake of A Star is Born alongside Barbra Streisand; his performance won him the Golden Globe Award for Best Actor – Motion Picture Musical or Comedy.

Now one of American music’s most respected artists, Kristofferson continues to act, write songs, record, and make occasional tours. He is an activist who speaks out on social justice and human rights issues, and the American Veteran Awards named him Veteran of the Year in 2002.