During the 1950s, few women managed to break through industry barriers to enjoy full-blown country careers. Jean Shepard did just that. 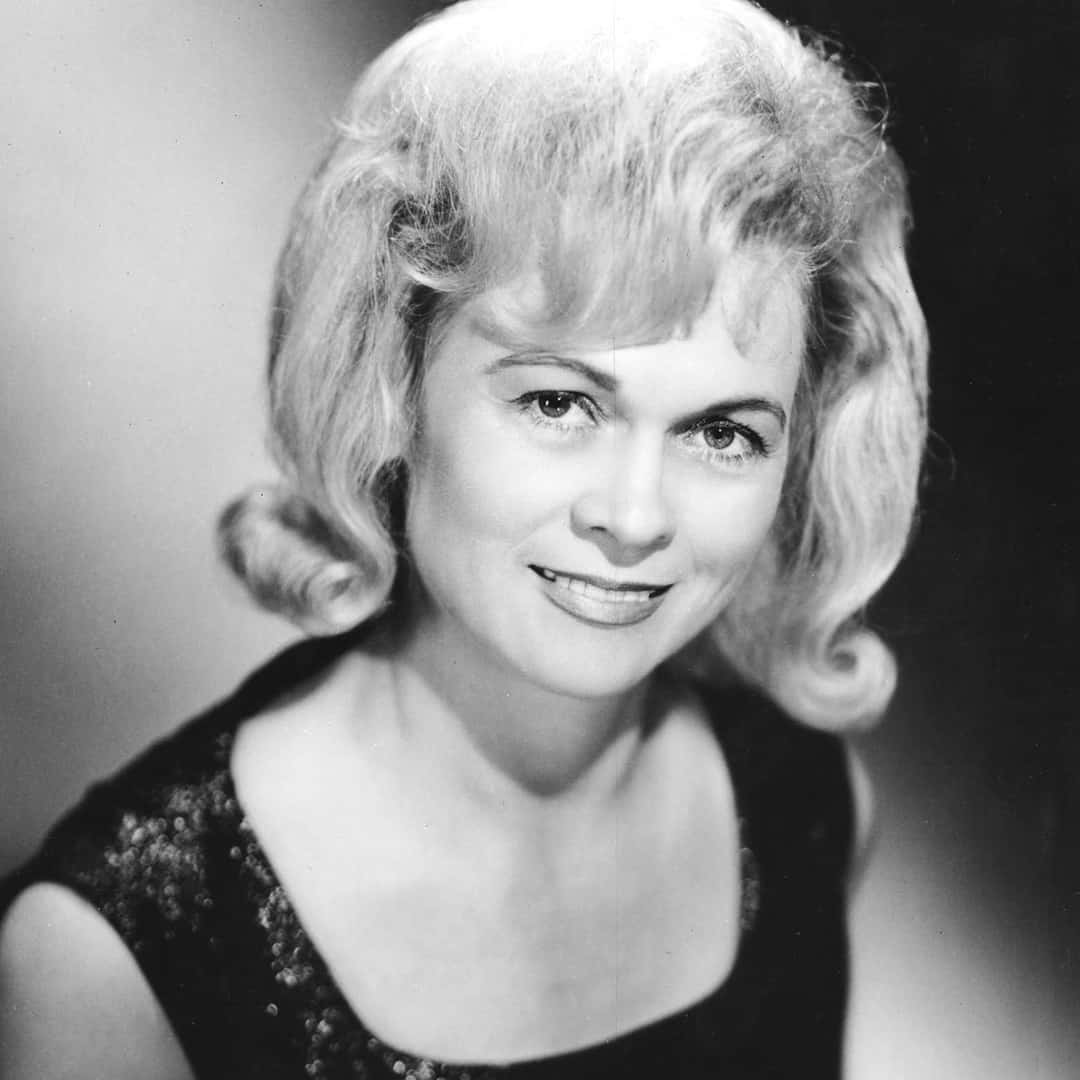 What’s more, she rose to stardom on the West Coast rather than through the Grand Ole Opry, and she won acceptance not with smooth singing but with hard-edged honky-tonk vocals and songs that dealt frankly with the pain and pleasures of romantic love.

No mere “girl singer” with a band or part of a husband-wife team, she was one of the first women in country music to front her own tours, thus helping to pave the way for artists such as Loretta Lynn and Tammy Wynette in the 1960s and beyond. Shepard gained Top Ten hits into the 1970s, and for many years she held the longest continuous tenure of any Grand Ole Opry star.

She was born Ollie Imogene Shepard, November 21, 1933, in rural Pauls Valley, Oklahoma, where her large family listened to Bob Wills’s radio shows—broadcast over Tulsa station KVOO—and to WSM’s Grand Ole Opry. In the mid-1940s the Shepards moved to Visalia, California, some eighty miles from Bakersfield. As a high school student, Jean sang and played upright bass in the Melody Ranch Girls, an all-female group she organized with friends. She came to the attention of Capitol Records powerhouse Hank Thompson, who recommended her to his producer, Ken Nelson. Shepard signed with the label in 1952.

Her first release, “Crying Steel Guitar Waltz” (which co-billed her with steel guitar ace Speedy West), did not chart, but her second release, “A Dear John Letter” (recorded May 19, 1953, and rushed to market on June 15), shot to #1 in Billboard‘s country rankings, and held that position for six weeks during the hit’s twenty-three-week chart run. With Ferlin Husky contributing the recitations of a Korean War soldier reading his former sweetheart’s goodbye letter, the record became a #4 pop hit as well, firmly establishing both rising singers as artists to be reckoned with. A follow-up duet, “Forgive Me John,” was a Top Five country disc later that same year, and made them a hot ticket in the fertile Bakersfield and Los Angeles country scenes as well as on the road. Since Shepard was not yet twenty-one, her parents made Husky her guardian so the two performers could tour together. Strongly supporting each other professionally, they recorded additional duets and developed a lifelong friendship.

1955 marked Shepard’s breakthrough as a solo artist. Her rendition of “A Satisfied Mind” entered the Billboard country charts in June and stayed there for twenty-two weeks, peaking at #4. The flip side, the #13 hit “Take Possession,” expresses a woman’s determination to marry before starting an intimate relationship. By contrast, in Shepherd’s #4 rendition of “Beautiful Lies” (which first charted in early October), the narrator asks her lover to tell her what she wants to hear, whether he speaks truthfully or not. The Top Ten B-side, “I Thought of You,” is even more forthright; in this song, a woman tells a previous partner she envisions him even while in another’s arms. Having already appeared on ABC-TV’s Ozark Jubilee, Shepard joined the Grand Ole Opry the following November. In December she recorded Songs of a Love Affair, possibly country music’s first concept album by a female singer.

Also joining the Opry in 1955 was West Virginia native Hawkshaw Hawkins, a honky-tonk singer known for his good looks and his rich baritone voice. Hawkins was drawn to the vivacious, attractive Shepard, and she to him. They were married onstage in Wichita, Kansas, on November 26, 1960. Their union proved to be short: Hawkins perished in the same 1963 airplane crash that took the lives of Patsy Cline, Cowboy Copas, and Cline’s manager, pilot Randy Hughes. Overwhelmed, Shepard put her career on hold for several months. In 1964, however, she came back strong with the #5 hit “Second Fiddle (to an Old Guitar),” her first chart record since 1959.

Shepard charted every year into early 1978 as she continued to explore romantic love from a woman’s point of view. Highlights included “Many Happy Hangovers to You” (#13, 1966), which confronts a wayward, hard-drinking spouse; “Then He Touched Me” (#8, 1970), the sensual story of a woman who had all but given up on love, and “Another Lonely Night,” in which a vulnerable woman vows to take yet another chance on an untrustworthy partner. Shepard’s final Top Ten hit came in 1973 with the Bill Anderson-penned “Slippin’ Away,” voicing a last-ditch effort to save a troubled relationship. This was her first hit for United Artists Records, where she remained through 1977. She later recorded for a series of smaller labels.

Shepard married bluegrass musician and road manager Benny Birchfield in 1968. A mainstay of the Grand Ole Opry, she marked her fiftieth year with the historic show in 2005 and continued to delight audiences. Fellow Opry member Jan Howard succinctly explained Shepard’s ongoing appeal: “She is real. There is nothing phony about Jean Shepard. When she is onstage fronting her own band, she is in command, not only of the band, but the audience as well. . . . And if she ‘goofs,’ she laughs and carries on; she’s a trouper. It’s a real pleasure to share the stage with her.”

Jean Shepard was elected to the Country Music Hall of Fame in 2011. She died in Nashville on September 25, 2016. – Daniel Cooper