Guitarist Harold Ray Bradley grew up in Nashville. At first, he was interested in the banjo (which he eventually learned to play), but his older brother Owen suggested that Harold concentrate on guitar. 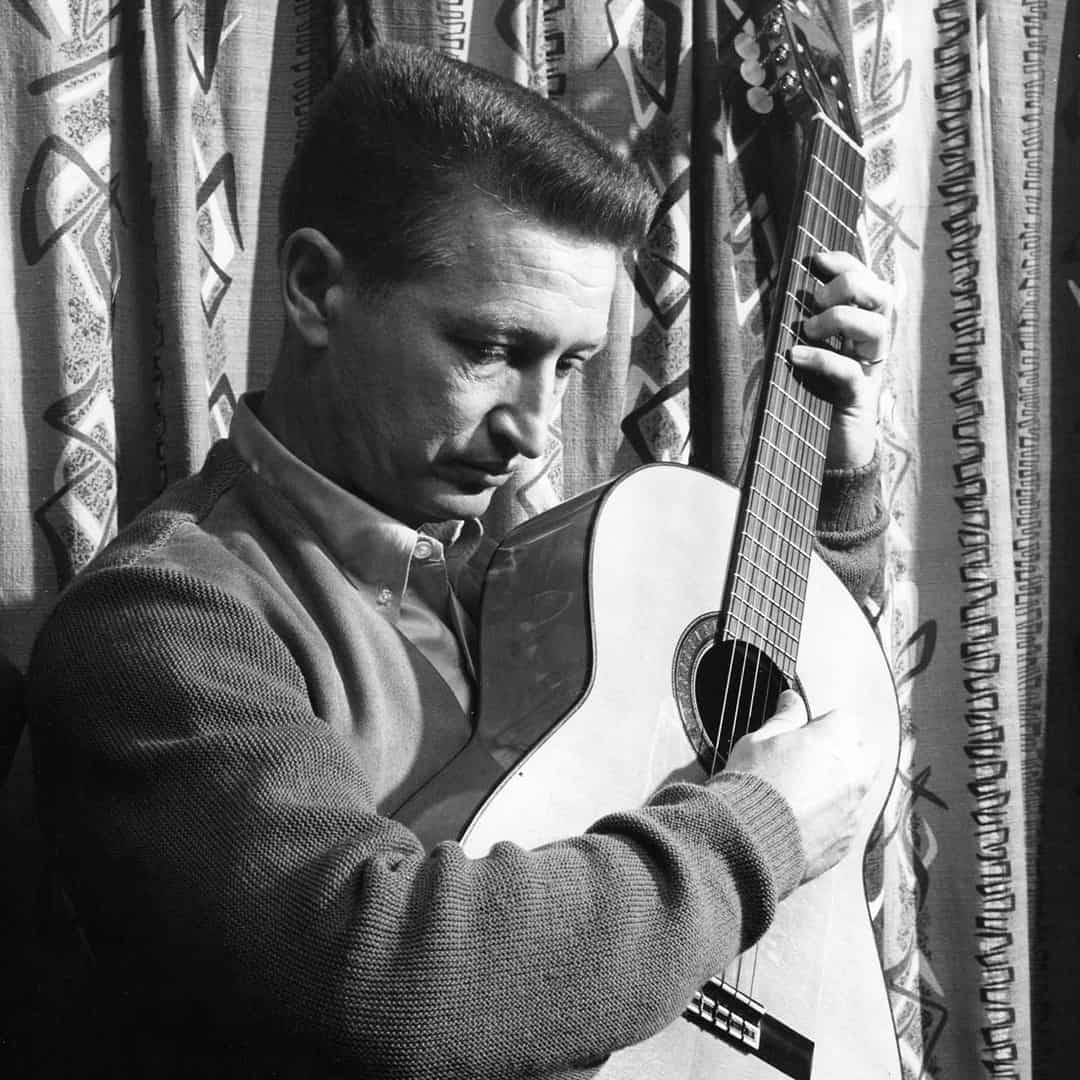 Harold was playing amplified jazz guitar by 1943, and Owen got him a summer job that year playing lead guitar with Ernest Tubb’s Texas Troubadours. After serving in the navy from 1944 to 1946, Bradley returned to Nashville to study music and play in his brother’s dance band.

Though he is a capable lead guitarist, Bradley’s studio specialty has been rhythm work. On many sessions, he was part of a studio-guitar triumvirate with lead specialists Hank Garland and Grady Martin. Garland excelled in jazzy licks, Martin in funkier leads. In the aftermath of Garland’s disabling 1961 car accident, Bradley often took Garland’s place, and Ray Edenton played rhythm guitar. Bradley’s rhythm playing wasn’t always apparent when listening to recordings, although his parts were essential contributions, as in Roy Orbison’s #2 pop hit “Crying” (1961). Occasionally Bradley did play lead parts that stood out. For example, he played the opening banjo notes on Johnny Horton’s 1959 hit “The Battle of New Orleans.” Bradley’s electric bass guitar can be heard on hits such as Patsy Cline’s “Crazy.”

After operating two small Nashville recording studios in the early 1950s, Harold and Owen opened Bradley Film and Recording on Sixteenth Avenue South in 1955. Soon they added a second studio, using a military Quonset hut. Along with RCA Studio B, which opened in 1957, the Bradley Studios helped give birth to the pop-influenced Nashville Sound. The Bradley studios also served as a workshop in which hard-country singers retooled their music for an evolving marketplace where country competed with rock & roll and pop. For that matter, the Bradley Studios yielded their share of pop and rock hits. After Columbia purchased the Bradley studio in 1962, Owen and his son Jerry opened Bradley’s Barn east of Nashville in tiny Mt. Juliet, Tennessee, in 1965.

In addition to his studio achievements, Harold Bradley was the first president of Nashville’s chapter of the National Academy of Recording Arts and Sciences (NARAS). In the 1980s he toured with Floyd Cramer and served as bandleader for Slim Whitman. He also produced Irish country singer Sandy Kelly and Eddy Arnold’s later RCA albums. In 1991 Bradley began his long service as president of Nashville’s chapter of the American Federation of Musicians (AF of M) and later became that organization’s international vice president. Shortly before the announcement of his 2006 induction into the Country Music Hall of Fame, Bradley received the AF of M’s prestigious Lifetime Achievement Award. –Rich Kienzle