Honky-tonk singer-songwriter, movie actor, record retailer, a longtime Grand Ole Opry star, and member of the Country Music Hall of Fame, Ernest Dale Tubb was among the most influential and important country performers in history. 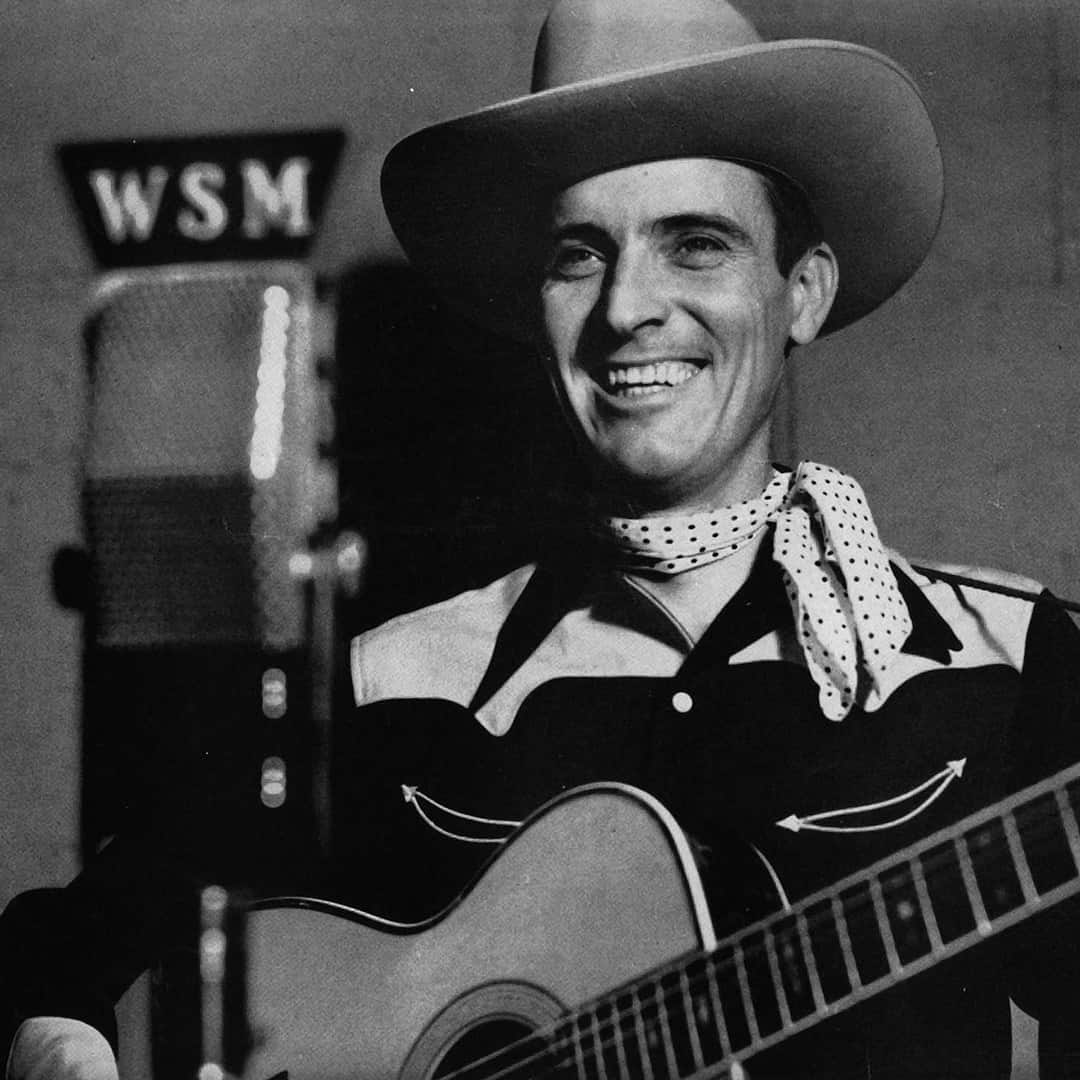 Throughout his own illustrious fifty-year career he gave numerous younger stars invaluable broadcast and concert exposure.

Walking the Floor Over You – Ernest Tubb

Thanks a Lot – Ernest Tubb

The youngest of five children in a sharecropper’s family, Ernest Tubb was born on a cotton farm near Crisp, Texas (thirty-five miles southeast of Dallas) and spent his youth farming in different parts of the state. A fan of early movie cowboys such as Buck Jones and Tom Mix, Tubb first heard the recordings of Jimmie Rodgers in 1928 and became a huge fan of the singer and his work. Tubb learned in his spare time to sing, yodel, and play the guitar much like Rodgers did, and shortly after Rodgers’s death in 1933, nineteen-year-old Ernest Tubb first worked as a radio singer in San Antonio, the city of Rodgers’s final residence. Tubb’s singing paid little or nothing, so he supported himself digging ditches for the WPA and later clerking in a drugstore in the Alamo City.

In 1936, married now and still enthralled by Rodgers’s music and memories, Tubb phoned Rodgers’s widow, Carrie Rodgers, to ask for an autographed photo. A friendship developed, as Mrs. Rodgers listened to Tubb’s radio shows and offered professional advice. Impressed by Tubb’s friendly personality and heartfelt singing, Mrs. Rodgers was soon doing much to assist him. She helped to buy him clothes and find new songs, secured a record contract with Jimmie’s label (RCA, by then releasing all country recordings on Bluebird), and took him on a regional tour of movie theaters to promote his new recordings.

Both his first records—which were done very much in the Rodgers vein— and the tour proved unsuccessful. Between 1937 and 1940 Tubb worked for radio stations and at day jobs in various Texas cities (Midland, San Angelo, and Corpus Christi). A 1939 tonsillectomy in San Angelo lowered his voice and effectively eliminated the Rodgers yodel, and hence the Rodgers song repertory. As a result, Tubb became a more energetic and effective songwriter. In 1940 he got a second chance with a major record label, as Dave Kapp at Decca agreed to record Tubb during Houston sessions that spring: Of the four songs recorded on April 4, “Blue Eyed Elaine” and its flip side, “I’ll Get Along Somehow,” became his first success (the former was covered by Gene Autry).

Tubb moved to KGKO in Fort Worth during December 1940, and for the first time he became a full-time musician. In June 1941, his sponsor/employer on KGKO became Universal Mills, makers of Gold Chain Flour, which gave Tubb his role as the Gold Chain Troubadour. As such, he toured Texas grocery and feed stores and sang on town squares, where such future stars as Charlie Walker and Hank Thompson first heard him. On the strength of his sixth Decca release and all-time biggest career hit, “Walking the Floor Over You” (1941), Tubb sang in two Columbia western movies made in 1942, Fighting Buckaroo and Riding West. He also appeared on Sunday package shows with such stars as Bob Wills and Roy Acuff, in far-flung cities such as Shreveport, Little Rock, and Memphis.

Playing in Birmingham during December 1942, Tubb came within the purview of Nashville talent agent and manager J. L. Frank, who arranged Grand Ole Opry and other personal appearances for Tubb the next month. In February 1943 Tubb joined the regular Opry cast and remained one of its major stars for the rest of his career (thirty-nine more years). At J. L. Frank’s behest, Tubb sold a series of radio songbooks via WSM broadcasts, hired his first band, the Texas Troubadours, and continued his film work with periodic trips to California (Jamboree for Republic in 1944, and Hollywood Barndance for an independent studio in 1947), in addition to ambitious touring. Tubb then was considered one of country music’s major stars, regularly appearing on popularity charts with recordings such as “Soldier’s Last Letter” (1944), “Tomorrow Never Comes” (1945), “It’s Been So Long Darling” (1945), “Rainbow at Midnight” (1946), and “Filipino Baby” (1946). His style—a spare, personalized brand of honky-tonk music that featured a sole electric lead guitar playing straight melody—made him distinctive, recognizable, and, during his heyday, oft-imitated.

In May 1947 Tubb opened the Ernest Tubb Record Shop at 720 Commerce Street in downtown Nashville, the first major all-country record store. Over the next year, The Midnite Jamboree show emerged as an outgrowth of the record store, broadcast there before a live audience immediately after the Grand Ole Opry and showcasing, for the most part, deserving young hopefuls and their latest record releases. The live Jamboree continued unabated until early 2015, when rising production costs forced show to broadcast archival tapes for a time. Live broadcasting later resumed, however, and today the show originates at the Texas Troubadour Theater on Music Valley Drive.

Grateful for Mrs. Rodgers’s help early in his career, Tubb did all he could as a star to help others: carrying artists on tour with him, putting in a good word with Opry management or record producers, showcasing talent on his Midnite Jamboree shows, hiring some for his own Texas Troubadours, and always offering words of advice. The major stars whom Ernest Tubb boosted in these and other ways established his reputation as one of the industry’s most generous and selfless performers. Hank Williams, Hank Snow, Carl Smith, Charlie Walker, Justin Tubb (his first child), Patsy Cline, the Wilburn Brothers, Johnny Cash, Stonewall Jackson, Skeeter Davis, George Hamilton IV, Loretta Lynn, Jack Greene, and Cal Smith all owed various degrees of thanks to Ernest Tubb.

While his own career was on an upswing in the early and middle 1960s, honors and accolades came his way, including election in 1965 to the Country Music Hall of Fame, the same year he received a gold record for “Walking the Floor Over You.” Tubb hosted a syndicated TV show out of Nashville between 1965 and 1968, with Willie Nelson as his co-star in the early episodes.

No artist toured as much for as long as Ernest Tubb, who worked 150 to 200 shows each year between the early 1960s (when he first turned his Texas Troubadours into a dance band and started playing the nightclub circuit) and 1982, at which time a long-standing battle with emphysema forced him to quit. No artist was better to his fans, and no fans were more loyal to their star: Ernest Tubb had one national fan club with a single president (Norma Winton Barthel) for its entire existence between 1944 and its deactivation in the early 1990s, a few years beyond Tubb’s death in September 1984.  –Ronnie Pugh