Widely hailed as the King of Rock & Roll, Elvis Aaron Presley was indisputably the most influential performer in the history of rock & roll, and his life and career have been more thoroughly dissected than any others in popular music. 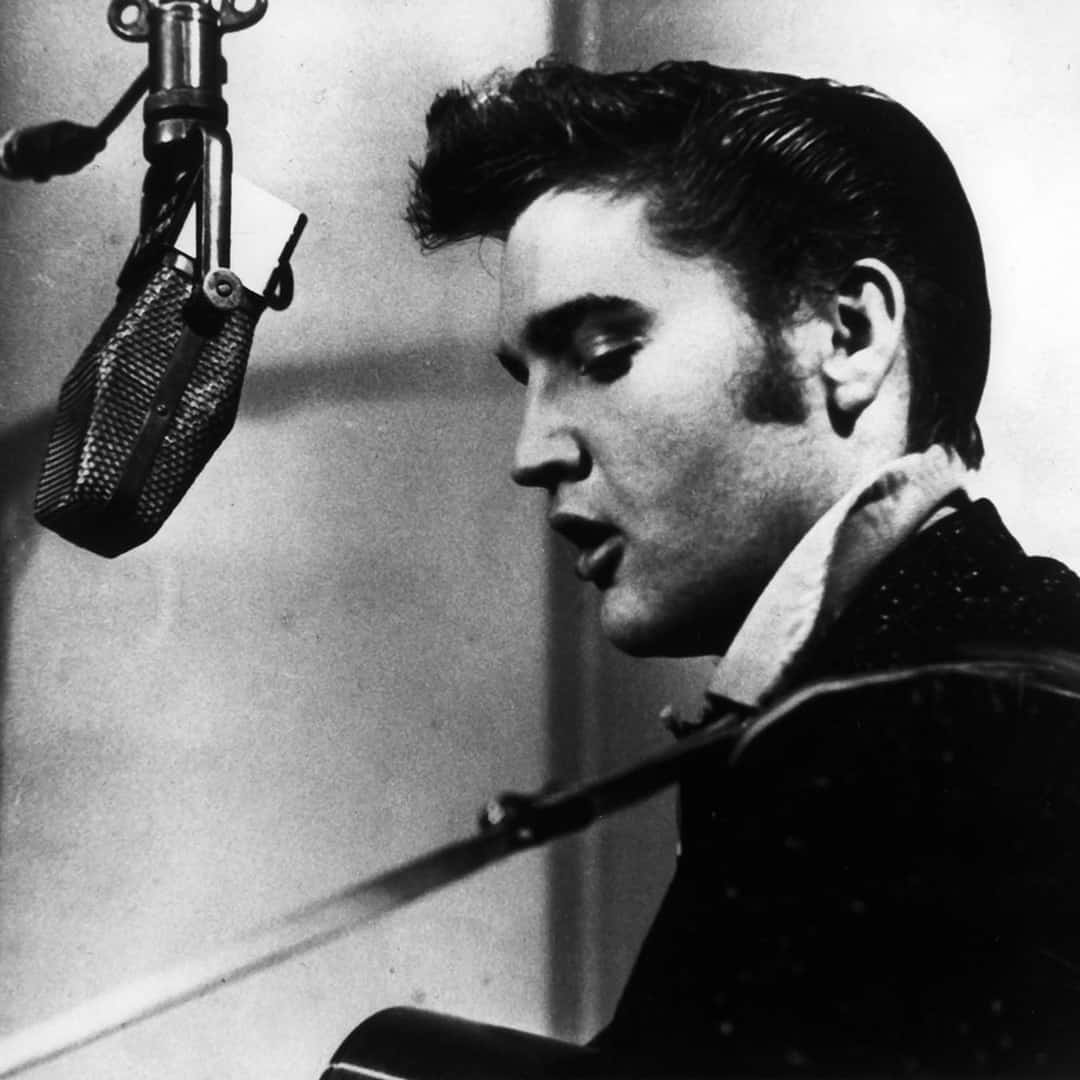 The analysis continues at least partly because of the aura of mystery that even now surrounds him. He never gave an in-depth interview, possibly because of astute media handling but more likely because he found it impossible to account for all that had happened to him.

The one factor usually overlooked in discussions of Elvis Presley is that he came from the country market, and, in a sense, had a more powerful and lasting impact on country music than preeminent country stars such as Hank Williams or Jimmie Rodgers. Until Presley’s arrival, country music had been considered regional, and only a few artists, such as Eddy Arnold, had shaken off this stigma. Presley opened the door for younger country singers, such as Marty Robbins, Sonny James, and Johnny Cash, to get their music exposed to a broader market. The consensus around Nashville in the mid-to-late 1950s was that Elvis Presley was very bad for country music, that he had in fact almost killed it; in truth, he was very good for a younger generation of country musicians, giving them potential access to broader media exposure than their predecessors had enjoyed.

Elvis Aron Presley, who was born in Tupelo, Mississippi on January 8, 1935, but lived in Memphis from November 1948, developed a true diversity of taste. The generally accepted notion that he fused country and R&B is essentially true, but he embraced black and white gospel music, mainstream popular music, light opera, and more. Memphis was a good place to hear all this, and, when Elvis first went to Sun Records to cut a commercial record in July 1954 (at the time he was working as a delivery truck driver), he had more or less found his style. He was successful in the country market surprisingly quickly. The music of established country artists such as Webb Pierce and Carl Smith was adult in content and execution. Elvis gave younger country fans something of their own. Much of its verve came from R&B, but it was marketed as country music, and the best exposure Elvis got in 1954 and 1955 was on the Louisiana Hayride and from country disc jockeys.

Elvis was already starting to show signs of breaking out of the country market when his Sun contract was sold to RCA in November 1955, a deal masterminded by his new manager, Colonel Tom Parker. Parker persuaded RCA to pay an unprecedentedly high $35,000 for Presley, a singer of virtually untested appeal outside the country market. RCA, though, was able to catapult him into the national marketplace via television and concentrated promotion. By the end of March 1956, his first RCA single, “Heartbreak Hotel,” had sold one million copies. In a way that Bill Haley never could, Presley became both a figurehead for rock & roll and a lightning rod for all those who despised it. In his dress, his stage moves, and his few stage-managed interviews, he projected an image that was at once threatening and vulnerable.

Presley’s variety of taste and his innate conservatism quickly became apparent in his career direction. He wanted to do movies, Christmas albums, gospel albums, and pop ballads. Perhaps he, too, saw rock & roll as something that might blow over, and he wanted a broad-based career in case it did. The transition was helped by a stint in the Army from March 1958 until March 1960. He had made four movies before he went into the military (Love Me Tender, Loving You, Jailhouse Rock, and King Creole), and movies rather than concerts or television became the medium by which Elvis met his public during the 1960s. There were twenty-seven of them in ten years, most of them frothy and inconsequential. G.I. Blues was followed by two quasi-serious dramatic roles in Flaming Star and Wild in the Country. When the latter two flopped, the pattern was reestablished with Blue Hawaii, which was a box-office smash. It was followed by Follow That Dream; Kid Galahad; Girls! Girls! Girls!; It Happened at the World’s Fair; Fun in Acapulco; Kissin’ Cousins; Viva Las Vegas; Roustabout; Girl Happy; Tickle Me; Harum Scarum; Frankie and Johnny; Paradise, Hawaiian Style; Spinout; Easy Come Easy Go; Double Trouble; Clambake; Stay Away, Joe; Speedway; Live a Little, Love A Little; Charro!; The Trouble with Girls; and Change of Habit.

By the late 1960s Presley’s career was in serious trouble. The movies and the accompanying soundtracks had almost destroyed his reputation. He hadn’t appeared live since March 1961, and so it must have been with some trepidation that he made a live appearance at the NBC studios in Burbank in June 1968 for the taping of a television special that did much to restore his credibility. Apparently reinvigorated, Presley put more effort into song choice and returned to the upper reaches of the charts with “If I Can Dream,” “In the Ghetto,” and “Suspicious Minds.” Some have attributed the new career direction to his marriage to Priscilla Beaulieu on May 1, 1967, although financial pressures and a desire to escape from the stagnant pattern he had established were probably more important.

Presley began performing again in Las Vegas in July 1969, and his two remaining movies were of performances (Elvis: That’s the Way It Is and Elvis on Tour). He continued performing live until his death eight years later. For an artist of his stature, he seemed to encounter problems in acquiring the best new material, and many of his 1970s recordings were of older songs (“The Wonder of You,” “You Don’t Have to Say You Love Me,” “Promised Land”). It also became clear that Presley himself was starting to suffer from debilitating medical problems, most of them, it was later revealed, stemming from prescription drug abuse. Several posthumous biographies recounted an almost impossible level of drug ingestion. Priscilla divorced him on October 11, 1973, and the last years of his life were tragic indeed as he wrestled with failing health, and a career that once again appeared to stultify him. Presley was elected to the Country Music Hall of Fame in 1998. – Colin Escott