In a career that lasted over six decades, Cliffie Stone wore a variety of hats. To the public, he was a radio and TV personality, recording artist, comic straight man, emcee, and bass player. Behind the scenes, he was a record producer, talent scout, song publisher, and personal manager. 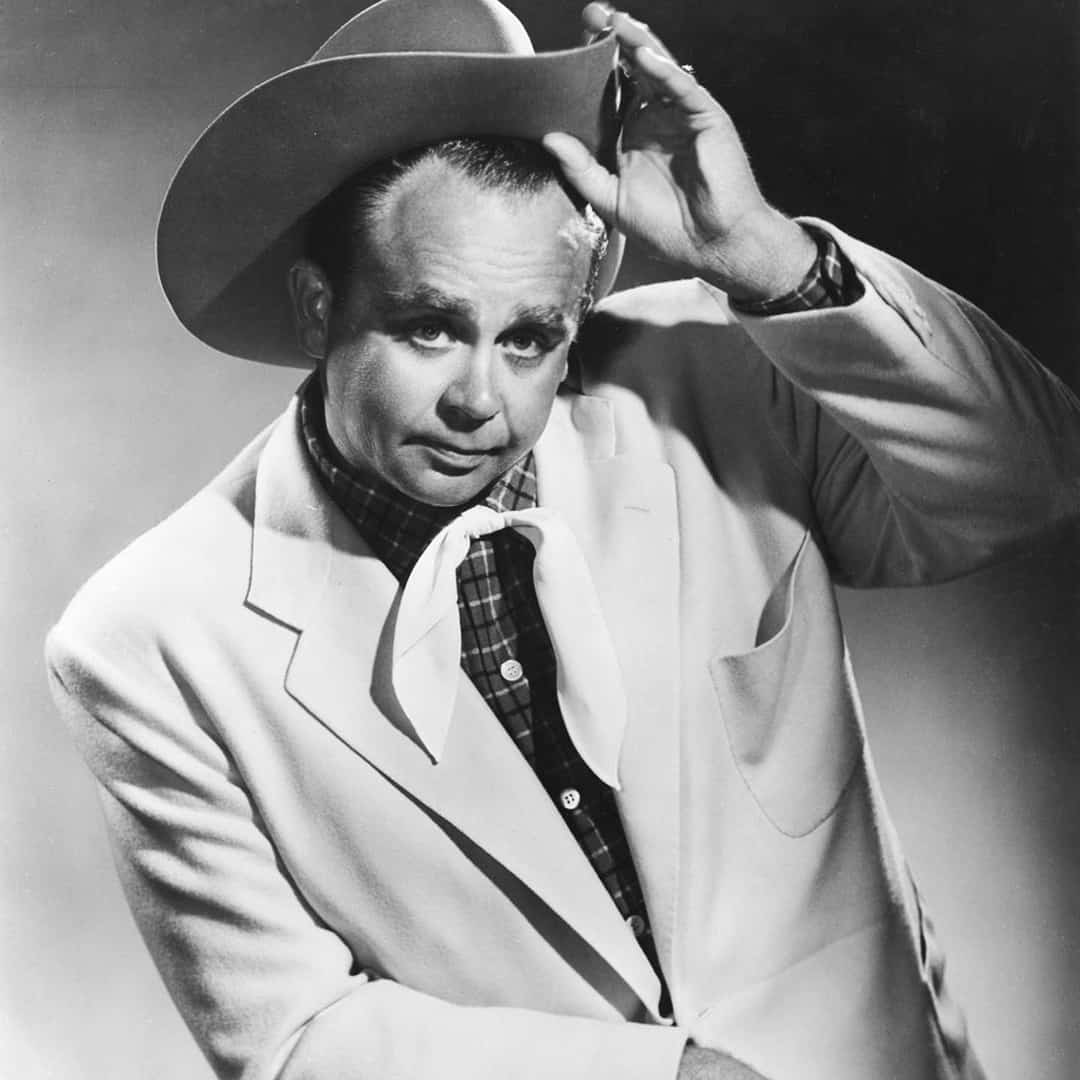 All these roles were pivotal in the development of California’s thriving postwar country music scene.

At age nine, Clifford Gilpin Snyder moved with his family from Stockton to Burbank, then a tiny hamlet outside of Los Angeles. His father, Herman Snyder, raised dogs and performed as “Herman the Hermit,” nicknamed for his unfashionably long hair and beard. Herman began working with pioneer Los Angeles country radio personality Stuart Hamblen in the 1930s. In 1935, when Cliffie was eighteen, he also joined Hamblen, on the KFVD Covered Wagon Jubilee, as a bass player and comic known as Cliffie Stonehead. Hamblen hosted multiple daily shows on different stations and turned two of them over to Stone in the early 1940s. In 1944 Stone started a third show, Dinner Bell Round-Up, over KPAS (later KXLA) in Pasadena, which featured live music and comedy. He also freelanced as a bass player and ran his own record production company, Lariat Records.

Stone’s production work at Lariat landed him a job with Capitol Records, in 1945, as assistant to country A&R man Lee Gillette. As a performer he played bass on Capitol country sessions with Tex Ritter and Wesley Tuttle, and was instrumental in signing Merle Travis to Capitol. He and Travis co-wrote Travis hits such as “Divorce Me C.O.D.” (1946) and “So Round! So Firm! So Fully Packed!” (1947). Stone also had several hit records on Capitol: “Silver Stars, Purple Sage, Eyes of Blue” in 1947; and both “Peepin’ Through the Keyhole” and “When My Blue Moon Turns to Gold Again” in 1948.

As host of Dinner Bell Round-Up, Stone constantly sought new talent, and added KXLA’s morning disc jockey, Tennessee Ernie Ford, to the cast as comic and vocalist in 1947. In 1948 the impresario founded a new Saturday night stage show: Hometown Jamboree, produced at the American Legion Stadium in El Monte, California. The show premiered as a weekly TV broadcast in December 1949 over KCOP-TV in Pasadena. (In 1953 it moved to KTLA-TV, where it ran until its cancellation in 1959.) Along with Ford—the show’s star—other regulars at various times included Herman the Hermit, Eddie Kirk, Johnny Horton, Molly Bee, and Ferlin Husky.

When Ford was asked to perform in Las Vegas after his 1950 hit country and pop duet “I’ll Never Be Free” with Kay Starr, he asked Stone to become his personal manager. In 1956, after Ford landed his prime-time NBC-TV variety series The Ford Show, Stone became producer, integrating Ford’s down-home flair with the mainstream appeal a network show required.

At the same time, Stone operated the West Coast song publishing company Central Song with Capitol producers Lee Gillette and Ken Nelson. After The Ford Show ended in 1961, Stone retired as Ernie’s manager but kept his hand in radio as a disc jockey and concentrated on Central Songs. The partners sold it to Capitol in 1969. In the 1970s Stone worked for ATV Music and later for Gene Autry Music. For his own label, Granite Records, he recorded Tex Williams and Molly Bee.

In 1989, Cliffie Stone was elected to the Country Music Hall of Fame. After he retired Stone continued to host occasional Hometown Jamboree Reunion shows in Southern California. He died of a sudden heart attack on January 17, 1998, at his home in Saugus, California.

The Academy of Country Music’s Cliffie Stone Icon Award is presented to those who have advanced the popularity of country music through their contributions to multiple facets of the industry, such as songwriting, recording, production, touring, film, television, philanthropic contributions, and other efforts.