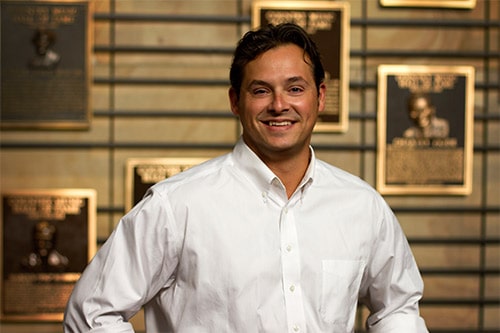 As Senior Museum Sales Manager, Brad Henton, focuses on the international, domestic, and corporate travel markets for both group and individual travelers. Following a dream to play college baseball, Brad earned his bachelor’s degree from the University of North Alabama. Upon graduation, Brad returned home to Nashville, Tenn. where he began his career with the Country Music Hall of Fame and Museum. Brad recently earned his Certified Travel Industry Specialist (CTIS) designation through Indiana University and the American Bus Association (ABA). He currently sits on the American Bus Association’s board of directors and will serve at ABA’s marketplace chairman in January 2017 in Cleveland, Ohio. 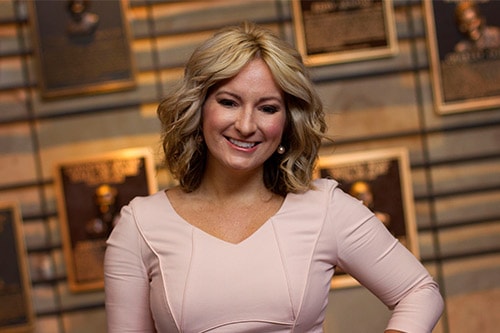 As the Museum Sales Manager for the Country Music Hall of Fame and Museum, Dana Romanello is focused on student visitors. Growing up in rural Southern Ohio, the years spent as a competitive dancer, show choir member, and later being a student athlete in college give her an unequivocal perception of student travel. While earning a Bachelor of Arts Degree and a Minor in Music from Marshall University, she completed an internship at Universal Music Group, which led to making Nashville her permanent home. After a stint at Skaggs Family Records, Dana had a lengthy career in syndicated radio where she assisted in re-branding American Country Countdown with Kix Brooks, hosted a web series, and successfully helped develop and launch CMT Radio Live with Cody Alan. In June of 2014, a career in the student travel industry was a welcomed milestone and she is thankful for the daily inspiration stemming from the museum, Historic RCA Studio B, Hatch Show Print and the museum’s one-of-a-kind programs. Outside of her role as museum sales manager, Dana enjoys musical theatre, and supporting organizations such as the Susan G. Komen Foundation, Music&Memory and the International Bluegrass Music Association. ​ 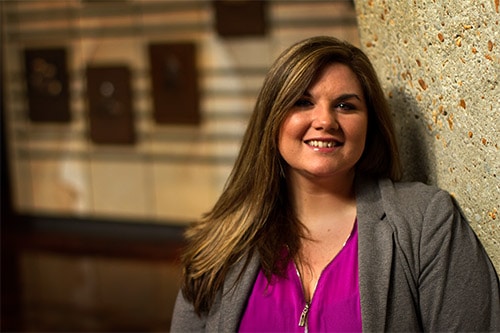 ​Museum Sales Coordinator, Maggie Morgan, hails from the small Midwestern town of Petersburg, IL, a historic town surveyed by President Abraham Lincoln. She has always had a love for all things art, history and music related. She started working in customer service for a successful outdoor theater in her hometown that features local plays and musicals in the summer months. You could often see Maggie in various productions at the theater as well. After high school, Maggie moved to Nashville to attend college at Belmont University where she earned her Bachelor of Fine Arts Degree in Design Communications. While at Belmont, Maggie took voice, piano and mandolin lessons to cultivate her passion for music. After College, Maggie accepted a position at the Country Music Hall of Fame and Museum where she could combine her customer service skills with her love of history and music. A five-year veteran at the museum, Maggie loves to meet guests from all over the world and share her knowledge of Music City as well as the rich history of the museum.