Sonny James enjoyed one of country music’s most successful careers. Between 1953 and 1983 he scored an impressive seventy-two chart records, forty-three of which reached the Top Ten and twenty-three of which went to #1. 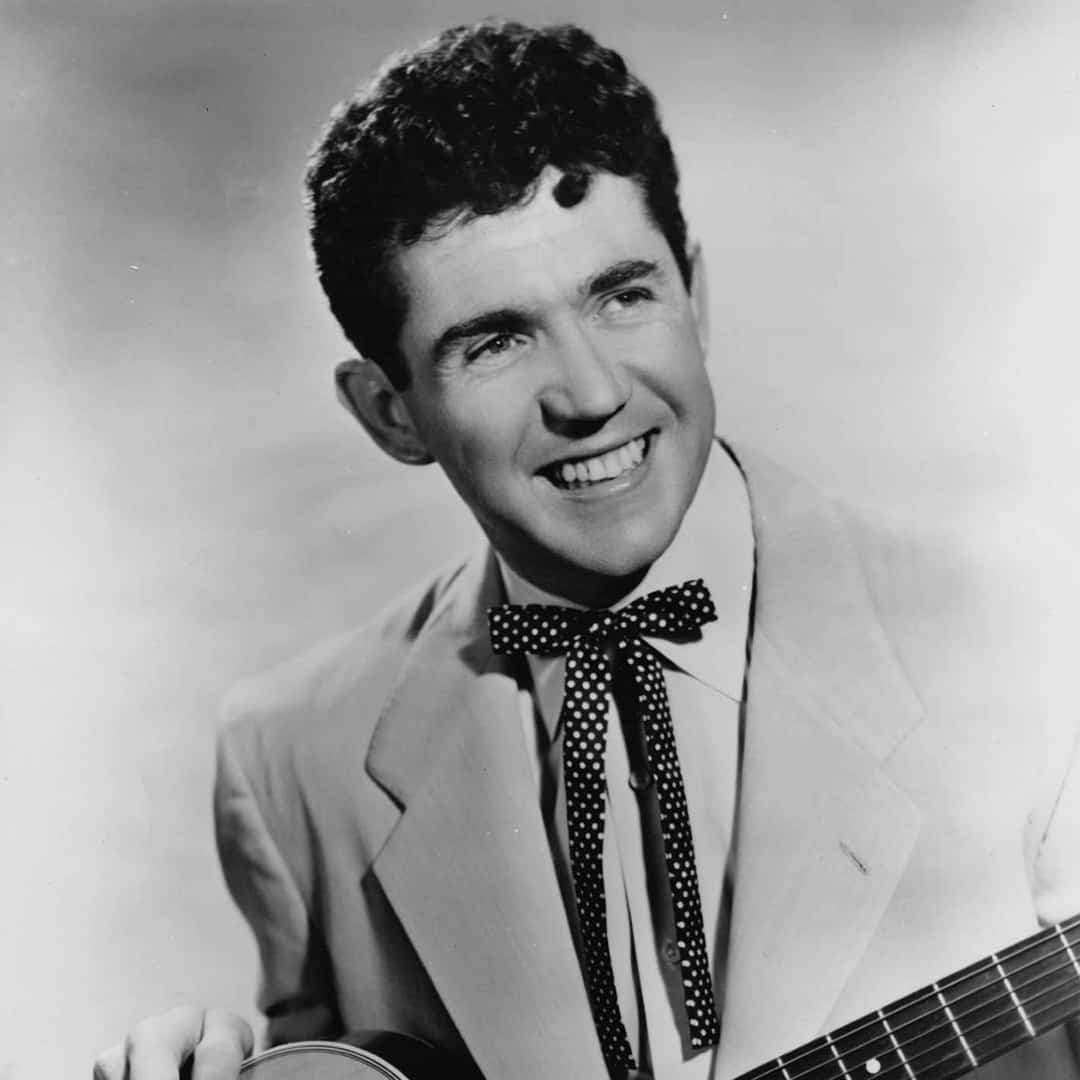 According to Billboard statistics, between 1960 and 1979 he spent fifty-seven weeks in the #1 chart position—more than any other country artist of the era. Known as the “Southern Gentleman” for his congenial personality and gracious manner, James had his greatest success singing romantic ballads about the joys and trials of love.

James Hugh Loden was born into a family of professional entertainers. By the time he was four, Sonny (a family nickname) was performing with his parents and sister as the Loden Family. Within a few years, the group had their own radio show in Birmingham, Alabama. By the time he was a teenager, James had mastered both the guitar and the fiddle and won several fiddle championships. In the 1950s, he gained additional performing experience with solo appearances on major country radio shows such as the Louisiana Hayride in Shreveport and the Big D Jamboree in Dallas. During the late 1950s, he frequently hosted the Ozark Jubilee, broadcast weekly on ABC-TV from Springfield, Missouri.

After military service, James hooked up with Chet Atkins, who introduced him to Capitol Records producer Ken Nelson. Nelson signed James to the label in 1952 and suggested that James Loden adopt the stage name Sonny James (to keep it simple for the DJs and record-buying public). James had several singles make the charts during the early 1950s, but 1956 was the year he recorded the breakthrough song that brought him national television exposure and worldwide attention. “Young Love,” written by Ric Cartey and Carole Joyner, became one of the top songs of 1957, reaching #1 on both the country and pop charts.

In the 1970s, James switched to Columbia Records and continued his chart success with eleven Top Ten hits. In 1973 his production skills yielded Marie Osmond’s “Paper Roses,” a million-selling hit. He left Columbia in 1979 for Monument Records and in 1981 moved on to Dimension Records, for which he scored his last chart hit in 1983 with “A Free Roamin’ Mind.”