Roy Claxton Acuff emerged as a star during the early 1940s. 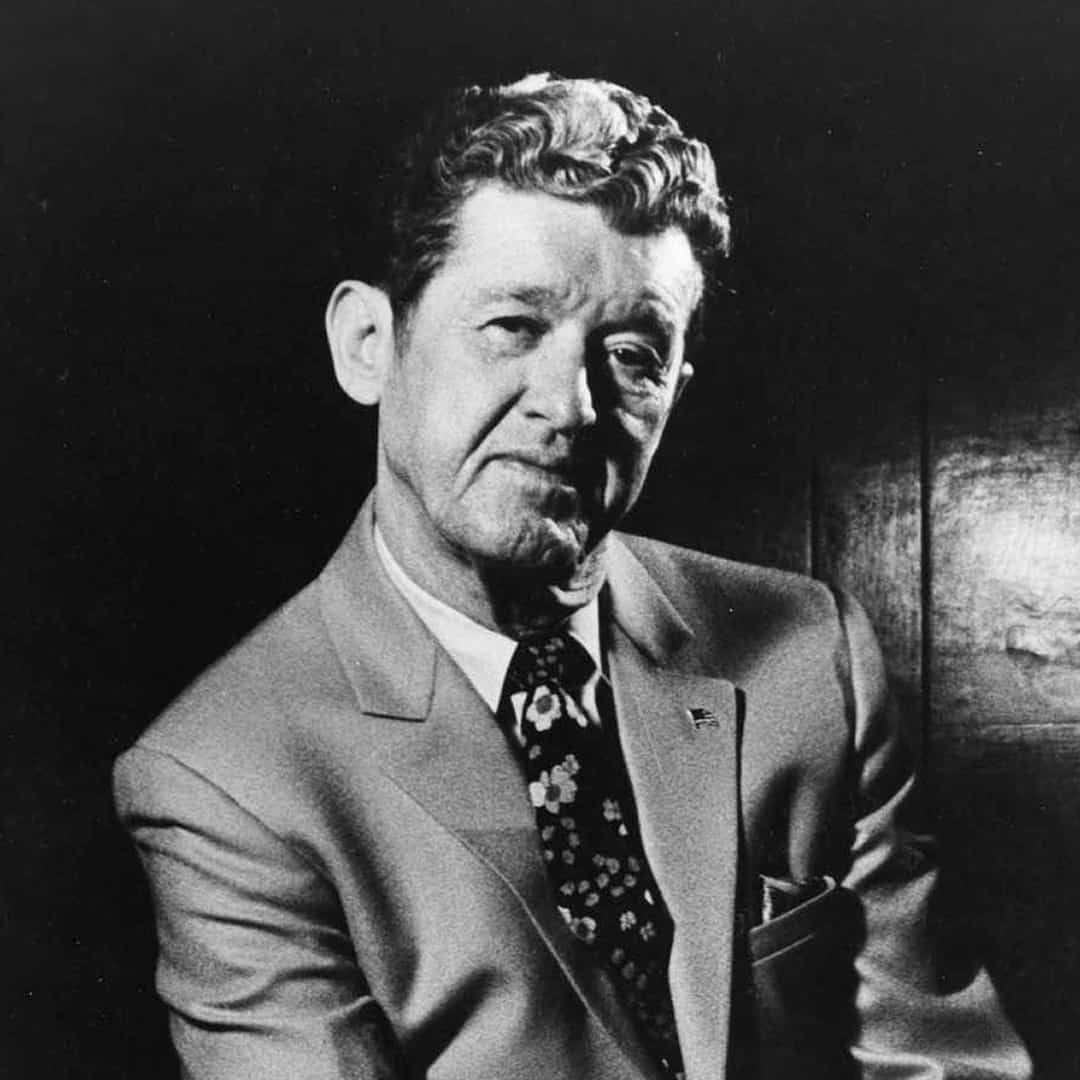 He helped intensify the star system at the Grand Ole Opry and remained its leading personality until his death. In so doing, he formed the bridge between country’s rural stringband era and the modern era of star singers backed by fully amplified bands. In addition, he co-founded Acuff-Rose Publications with songwriter Fred Rose, thus laying an important cornerstone of the Nashville music industry. For these and other accomplishments he was elected to the Country Music Hall of Fame in 1962 as its first living member.

Although he helped bring country music to the city and to the world of big business, Acuff came from a rural, folk-based background. His father farmed while also serving as Maynardville’s postmaster and as pastor of the town’s Baptist church. As a youth, Acuff soaked in music of all sorts: folk ballads and fiddle tunes learned from neighbors and kin, hymns learned from itinerant school instructors, recordings of early country artists, and even some of the classical vocal training pursued by his sister Sue after the family moved to Fountain City, a Knoxville suburb. But Acuff’s real love at the time was sports; in high school he lettered in football, basketball, and baseball.

After graduation, Acuff turned down a scholarship to nearby Carson-Newman College and worked temporarily at a variety of jobs, including that of railroad “call boy,” the one responsible for rounding up other workers as the need arose. He also played semi-professional baseball and boxed informally. Early in 1929, major-league baseball scouts recruited Acuff for training camp, but his collapse during a game—an after-effect of earlier sunstroke—prompted a nervous breakdown and sidelined him for most of 1930.

During his recuperation, Acuff began to practice his fiddle, and in 1932 he worked a medicine show tour of the Tennessee-Virginia mountains that fired his enthusiasm for show business. Next, he began playing square dances and other gatherings with various local musicians, including Lonnie Wilson and Beecher “Pete” Kirby, who would both become long-time members of his band. Radio broadcasts on Knoxville’s WROL and WNOX broadened his experience. It was a WROL announcer, in fact, who named Acuff’s band the Crazy Tennesseans. His radio fame caught the attention of American Record Corporation (ARC) producer W. R. Calaway, who brought the band to Chicago to cut their first twenty numbers in 1936. Follow-up sessions yielded recordings released on a series of departmentstore labels, budget priced for Depression-era buyers.

Acuff lost no time trying to gain a spot on the Grand Ole Opry, but the Opry’s George D. Hay repeatedly refused his services until promoter J. L. Frank intervened in Acuff’s behalf. A 1937 guest spot produced no results, but another on February 5, 1938, did the trick when Acuff’s performance of the classic “The Great Speckled Bird” generated sacks of fan mail. Frank suggested a new band name, the Smoky Mountain Boys, and Opry executives Harry Stone and David Stone immediately put the singer at the center of a budding star system, pushing Acuff’s trademark song “Wabash Cannon Ball” equally hard. Stylistically, his clear, heartfelt vocals modernized the era’s predominantly stringband sound just enough to seem innovative and traditional at the same time.

Early in the 1940s, Acuff zoomed to the top of his field with help from WSM’s 50,000-watt transmitter, Opry promotion, and his status as headliner of the “Prince Albert Show,” the Opry’s NBC network segment begun in October 1939. Fast-selling songbooks, hit records such as “Wreck on the Highway” and “Fireball Mail,” issued on Columbia Records’ OKeh imprint; mushrooming gate receipts on the road, and appearances in a series of films all boosted his income to the $200,000 mark in 1942. That year, he proved himself a business leader by forming Acuff-Rose Publications—legally a partnership between Acuff’s wife, Mildred, and Fred Rose—a company that laid the foundation for music publishing in Nashville while providing the Acuffs with their greatest source of wealth.

Acuff’s star did not shine as brightly during the late 1940s. The rise of honky-tonk, exemplified by the Opry’s Ernest Tubb, and a smoother, pop-oriented brand of country music personified by Eddy Arnold, were eclipsing Acuff’s old-time sound. But his music remained highly popular, and he remained an important star in country music’s growing constellation of hit-making artists. Although he left the Opry during 1946–1947 in a salary dispute, he returned to host the Royal Crown Cola Show segment. He also opened a recreational park near Clarksville, Tennessee; ran—unsuccessfully—for the governorship of Tennessee on the Republican ticket in 1948; and made his first international tour with an Opry troupe that performed at U.S. military bases in Europe in 1949. His subsequent travels outside the U.S. mainland included Alaska, Korea, Japan, the Caribbean, Australia, and the Mediterranean.

By the early fifties, Acuff could easily have retired from the recording studio and the road, but he remained active, recording for Capitol, Decca, MGM, and after 1957, Hickory Records, a label he formed with Fred Rose and Wesley Rose in 1953. In 1959 Acuff and Wesley Rose formed the Acuff-Rose Artists Corporation, which proved to be a successful booking agency on the growing Nashville music scene. The singer’s records charted occasionally during the 1950s, but his annual sales generally amounted to a small, if steady, 25,000 copies. Combined with falling road show receipts during the late fifties and early sixties, his modest sales prompted him to temporarily incorporate a snare drum and electric guitar into his band, but these experiments were ultimately dropped in a return to his standby all-acoustic sound. After he suffered serious injuries in a July 1965 car wreck that also nearly killed band member Shot Jackson, he began to speak of retiring from the road, though he would continue to make personal appearances for some time to come.

In 1971 Acuff received a substantial boost by participating in the Nitty Gritty Dirt Band’s famous Will the Circle Be Unbroken recording sessions. The album, which was released in 1972, featured a number of country music greats, including Maybelle Carter, Merle Travis, and Doc Watson. This added to the exposure Acuff had gained on the college circuit during the folk music revival of the 1960s. Other testaments to his continuing popularity were the 1974 chart-making records “Back in the Country” and “Old Time Sunshine Song,” written by then Acuff-Rose singer-songwriter Eddy Raven.

Although appearances on Hee Haw and TV specials also helped to keep Acuff in the public eye, his primary showcase continued to be the Grand Ole Opry. His long-held role as the Opry’s senior statesman gave him a status that no Opry star has surpassed. —John Rumble