Reba McEntire ranks as the most successful female country performer of her generation, and she has been cited as a role model by nearly every successful woman to follow in her wake. 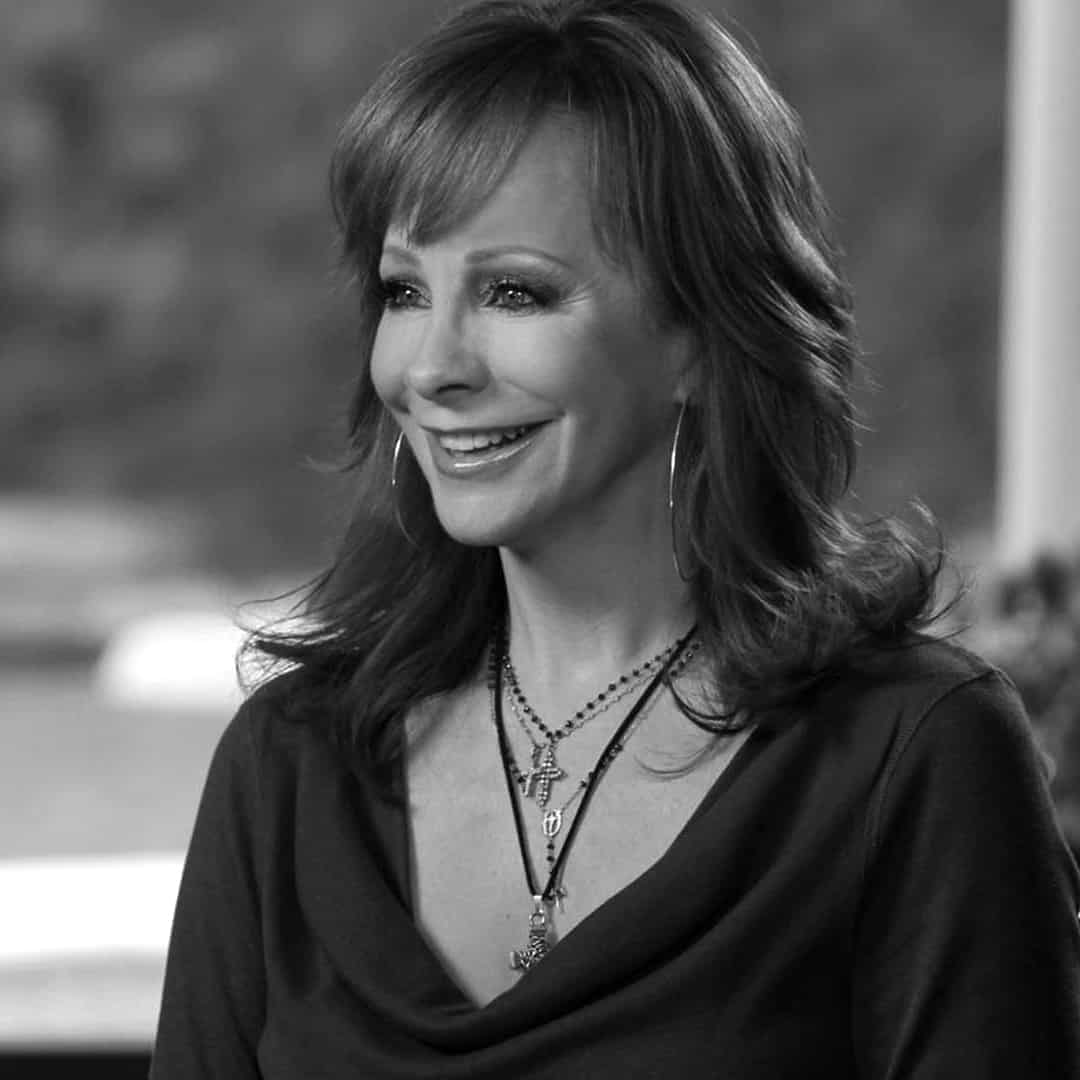 She has achieved more than fifty Top Ten singles and more #1 country albums than any other female artist. McEntire has won CMA Female Vocalist of the Year four times and was CMA Entertainer of the Year in 1986. She also has won three Grammy Awards, and in 2018 received the prestigious Kennedy Center Honors for her lifetime of contributions to American culture.

Somebody Should Leave – Reba McEntire

Rumor Has It – Reba McEntire

But McEntire’s success as a recording artist represents only part of her story. In 1988, she founded Starstruck Entertainment, a multi-dimensional corporation encompassing booking, management, music publishing, a recording studio, and transportation services. She has starred in films, in her own hit TV comedy series (Reba) from 2001 to 2007, and on Broadway in the title role of a hit musical (a 2001 revival of Annie Get Your Gun).

Reba Nell McEntire was born in McAlester, Oklahoma, and grew up in nearby Chockie on an eight-thousand-acre cattle ranch, traveling regularly to rodeos with her father, champion calf roper Clark McEntire. Her mother, Jackie, was a powerful singer and a strong influence.

By the time Reba reached high school, she and her siblings Pake and Susie performed as the Singing McEntires. In 1974 she sang the national anthem at the National Rodeo finals in Oklahoma City. Cowboy singer Red Steagall heard her and financed a recording session, leading Mercury Records to sign her to a recording contract in 1975. The following June, she married Charlie Battles, a rodeo star ten years her senior, and she continued to compete in rodeos as a barrel racer while getting her degree from Southeastern Oklahoma State University.

In 1976, McEntire began releasing singles, introducing country fans to her powerful voice, with its down-home accent and emotion-rich phrasing. Her first Mercury album, released in 1977, didn’t sell well. But in 1978 McEntire hit the Top Twenty with “Three Sheets in the Wind,” a duet with Jacky Ward, and the following year with a remake of “Sweet Dreams,” a song associated with one of her idols, Patsy Cline. In 1980, McEntire entered the Top Ten with “(You Lift Me) Up to Heaven” and realized her first #1s in 1982-83 with “Can’t Even Get the Blues” and “You’re the First Time I’ve Thought About Leaving.”

Signing with MCA Records in 1983, McEntire took more control of her career. Her back-to-basics album My Kind of Country contained the #1 hits “How Blue” and “Somebody Should Leave.” She won her first CMA Vocalist of the Year award in 1984; in 1986 she joined the Grand Ole Opry cast; and in 1987 she performed a sold-out concert at New York’s Carnegie Hall—a rarity for a country star in any era.

With her 1987 divorce from Battles, McEntire moved to Nashville and began building her business enterprises. She married Narvel Blackstock, a former steel guitarist, who eventually assumed management of her career. Amid her climb to international success, McEntire encountered unimaginable tragedy: In March 1991, seven members of her band and her road manager were killed when a private jet—one of two she chartered for her entourage—struck a mountain near San Diego during takeoff. The singer took an extended break from touring and recorded the 1992 album For My Broken Heart, one of her biggest sellers.

McEntire has always claimed the female country audience as her first concern, addressing their lives and troubles. “I’m trying to sing songs for women, to say for them what they can’t say for themselves,” she told the Chicago Tribune‘s Jack Hurst. “But I’m trying to do it for the eighties and nineties.” She also insisted on higher production values for country concerts, creating elaborate stages complemented by video screens comparable to the flashiest high-tech rock and pop concerts.

When the TV series Reba ended after six seasons, McEntire refocused her energies and talents on recording and touring-with outstanding results. In November 2008, she left MCA Records after twenty-five years and signed with Valory Music Group, a subsidiary of Big Machine Records. Her next album, Keep on Loving You, was released on the joint Starstruck/Valory label in August 2009 and debuted at #1 on both the Billboard country charts and the all-genre Billboard 200 album chart. In January 2010 “Consider Me Gone” returned the singer to #1 on the country single charts for the first time in five years, suggesting that McEntire still had plenty to offer as she entered her fifth decade as an entertainer. The song “Turn on the Radio,” from her 2010 album All the Women I Am, gave her another chart-topper in 2011.

With her election to the Country Music Hall of Fame in 2011, McEntire achieved the rare feat of landing a #1 hit on the country charts in the year of her induction.  –Michael McCall