Patsy Montana achieved a landmark when her 1935 recording of her polka-tempoed composition “I Wanna Be a Cowboy’s Sweetheart” became the first record by a female country artist to become a runaway hit. 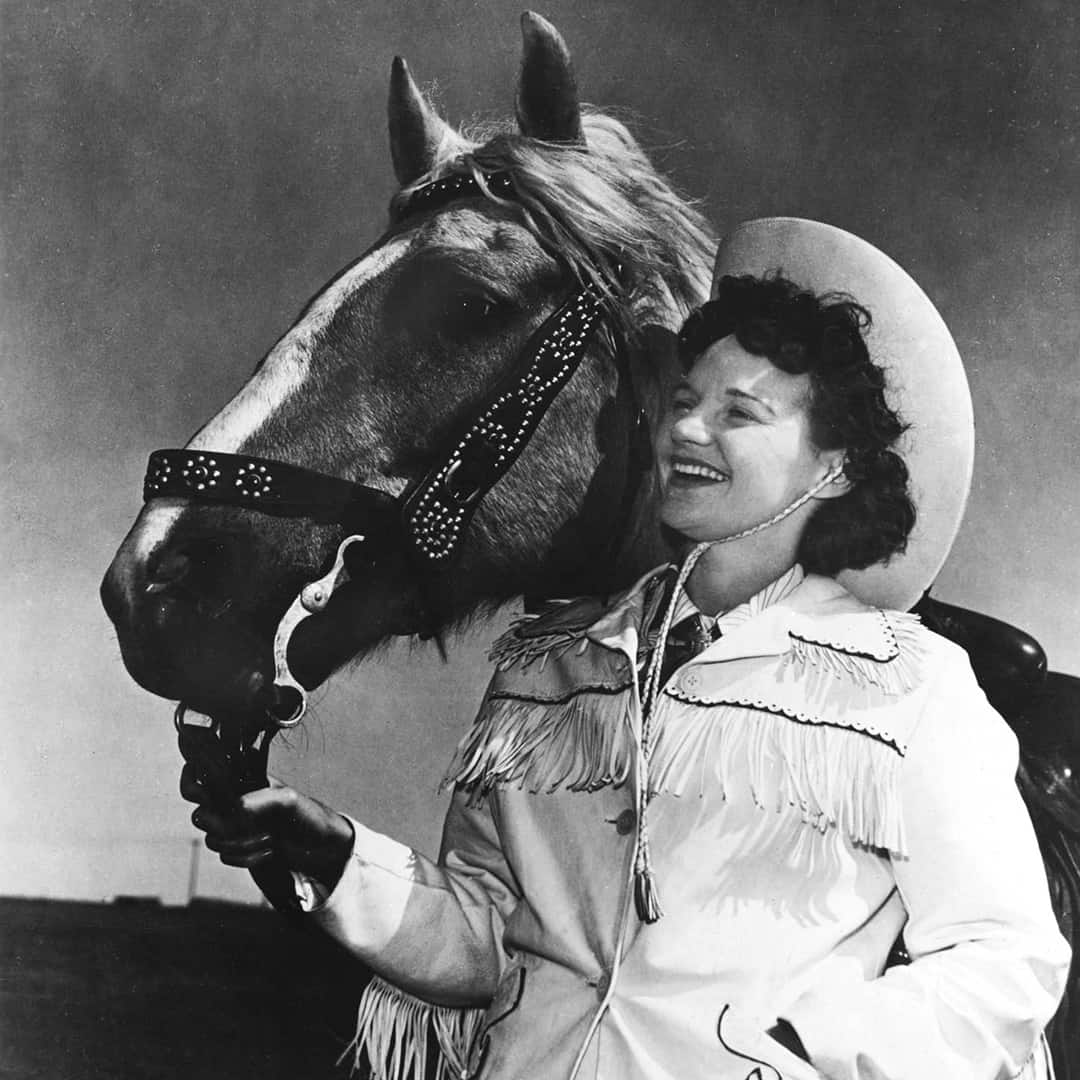 With her energetic voice and sparkling yodeling, and wearing her cowgirl outfit, Montana presented a cheerful image to Depression-era America. The lyrics of her great hit spoke of independence and love and the kind of freedom the cowboy had come to symbolize.

Montana was born Ruby Blevins into a struggling family of ten boys. At seventeen she added an “e” to her name to make it more sophisticated, and a year later she left for California. A skilled guitarist and fiddler, she won a talent contest in 1931 singing Jimmie Rodgers’s songs and landed a job on Los Angeles–area radio as Rubye Blevins, the Yodeling Cowgirl from San Antone. Adopting the name Patsy Montana, she also joined with two other female western singers and, as the Montana Cowgirls, worked radio station KMIC with singer-songwriter Stuart Hamblen and cowboy star Montie Montana.

When the Montana Cowgirls disbanded, Patsy Montana moved back to Arkansas. Then, a brief booking on KWKH in Shreveport, Louisiana, brought her to the attention of RCA Victor Records star Jimmie Davis. Montana backed Davis in the studio on fiddle and vocals and made her own RCA recordings in 1932. A trip with her brothers Kenneth and Claude to the Century of Progress Exposition in Chicago in 1933 included an audition with WLS for a vocalist slot with the Kentucky Ramblers, a hot, swing-influenced stringband. That year, at twenty-five, Montana joined the Kentucky Ramblers, who became the Prairie Ramblers to accommodate their new western image.

Extensive road performances and radio appearances established a reputation for Montana and the band, and even after her marriage to Paul Rose, in 1934, she remained with the group. In 1935, producer Art Satherley took them to New York to record for ARC. This led to the historic recording session that would produce “I Wanna Be a Cowboy’s Sweetheart.”

Montana’s cowgirl image and material became her stock in trade, with many recordings following. Her exuberant yodeling and sunny singing were backed by sizzling instrumental work on songs like 1940’s “Swing Time Cowgirl.”

From 1940, Montana was a solo act. She made a brief appearance in Gene Autry’s 1939 film Colorado Sunset, but generally she worked on the road. She had her own network radio show during 1946 and 1947, and in 1948 she starred on the Louisiana Hayride. Montana continued to book appearances and record until her death. She was elected to the Country Music Hall of Fame in 1996. – Mary A. Bufwack