As a popular vocalist beloved by country and bluegrass fans, , Malcolm Bell “Mac” Wiseman, nicknamed the “Voice with a Heart,” is best known for his Dot Records interpretations of songs including “Shackles and Chains,” “Jimmy Brown the Newsboy,” “I’ll Be All Smiles Tonight,” and “Love Letters in the Sand.” 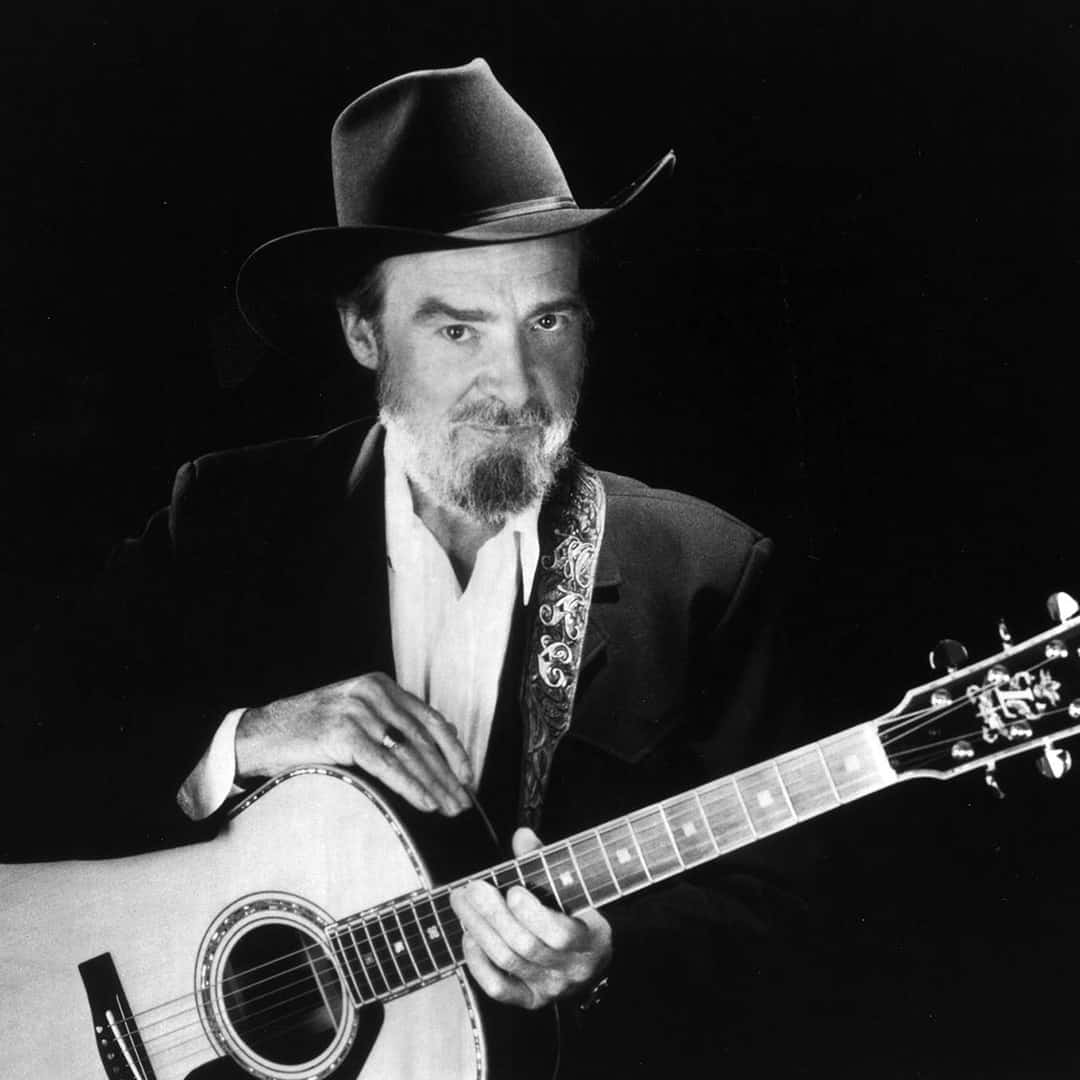 But he has filled many other roles in country music, including stints as a sideman with Flatt & Scruggs and with Bill Monroe, bassist and featured vocalist with Molly O’Day, country recording director for Dot (1955–59), and a founding member and first secretary of the Country Music Association (1958).

Wiseman was born in Crimora, Virginia on May 23, 1925, and grew up in the Shenandoah Valley. A bout of polio in his infancy left him with a disabled leg; while recovering from one of several corrective surgeries he underwent as a boy, he began learning how to play the guitar. With help from the National Foundation for Infantile Paralysis (later known as March of Dimes), Wiseman studied radio at the Shenandoah Conservatory of Music. Early in his career he worked for a time at WSVA in Harrisonburg, reading the news and playing records. Following his service with O’Day, Flatt & Scruggs, and Monroe, Wiseman began recording as a solo artist for Dot, Randy Wood’s independent label based in Gallatin, Tennessee, in 1951. Wiseman’s early work for Dot has endured as outstanding, personalized music, including records such as “’Tis Sweet to Be Remembered,” “Going Like Wildfire,” “I Saw Your Face in the Moon,” and “Waiting for the Boys.” He was a featured performer on WRVA’s Old Dominion Barn Dance radio show in Richmond, Virginia, from 1953 to 1956.

While continuing to record, he became a Dot producer, helping Wood run the label’s California office in the late 1950s. After 1965, Wiseman became a favorite on the bluegrass festival circuit, and hosted his own festival in Renfro Valley, Kentucky, from 1970 to 1983. He recorded for various labels after Dot—Capitol, MGM, RCA, Churchill, CMH—including some well-received duets with Lester Flatt in the 1970s. Wiseman managed Wheeling, West Virginia’s WWVA Jamboree from 1966 to 1970. He has served on the board of Reunion of Professional Entertainers (ROPE), and as an officer of the Nashville chapter of the American Federation of Musicians (AFM).

Over the course of his eight-decade career, Wiseman collaborated with a wide spectrum of artists ranging from big band leader Woody Herman (the two recorded “My Blue Heaven” in the late 1970s) to funk musician Bootsy Collins (in short-lived, mid-1990s band the GrooveGrass Boyz) to country music icon Merle Haggard. In 2007 Wiseman released Standard Songs for Average People, an album of standard American songs recorded with singer-songwriter John Prine for Oh Boy Records. In 2008, he was named a National Endowment for the Arts’ National Heritage Fellow; this prestigious fellowship is the United States’ highest honor in the folk and traditional arts.

Wiseman put his life story to music on the album I Sang the Song (2017), which featured a number of guests including Prine, Shawn Camp, and Alison Krauss.

Known for his gentlemanly manner, Wiseman continues to influence younger musicians in his role as an elder statesman.