Kenny Rogers parlayed a distinctive, husky voice and laid-back sex appeal into durable superstardom. Between 1977 and 1987 he logged twenty #1 country hits, many of which also climbed the pop charts. 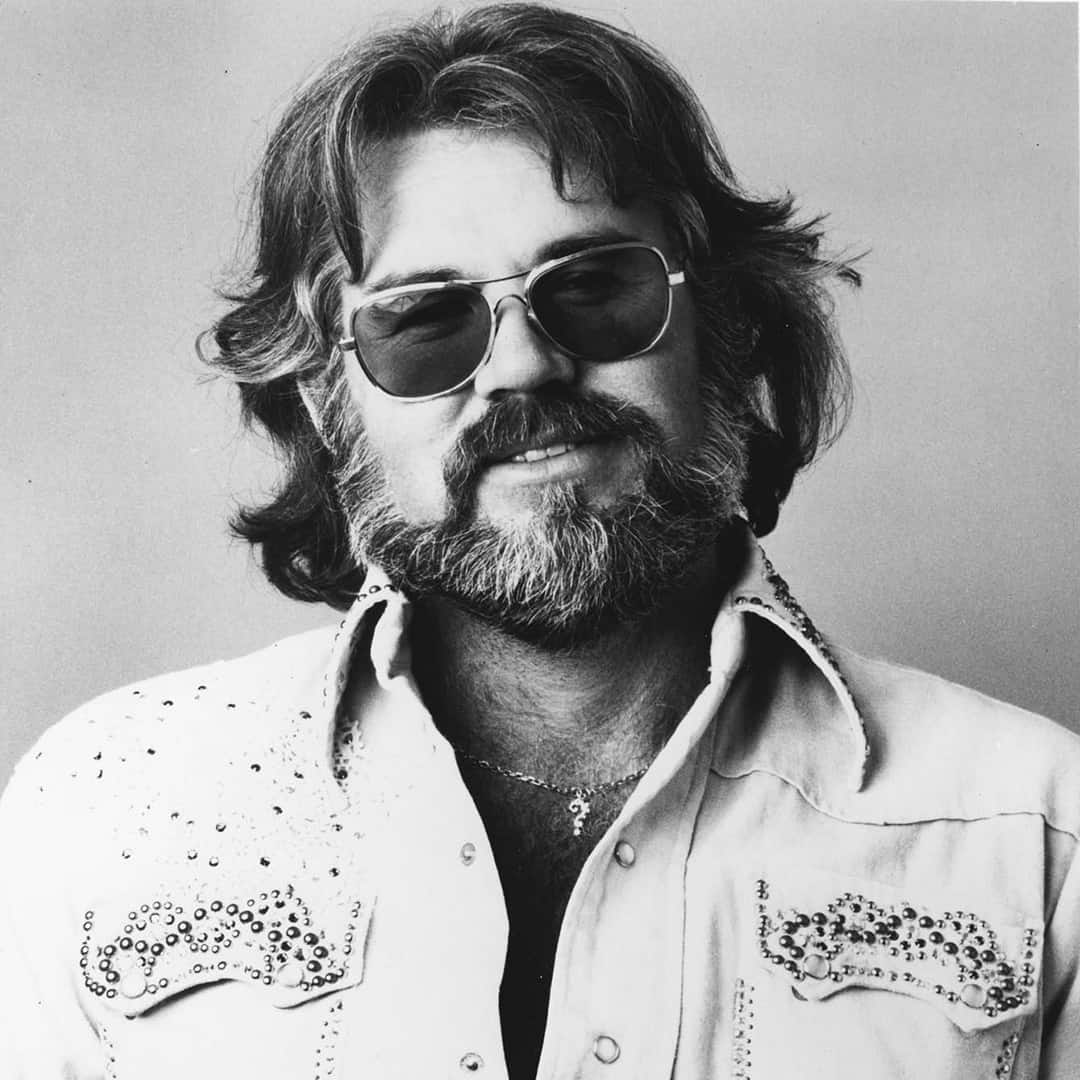 During his lengthy career the international star has sold more than 50 million albums in the United States alone.

Kenneth Donald Rogers entered country music with a broad musical background. Growing up in public housing in Houston, he was exposed to R&B, pop, and jazz as well as country. His first professional group was a late-1950s vocal act called the Scholars, which had local hits in Houston. His doo-wop recording “That Crazy Feeling,” a 1958 solo hit on Carlton Records, earned him an appearance on American Bandstand.

During the early 1960s Rogers played bass, and occasionally sang, in a Houston jazz trio. Membership in the New Christy Minstrels folk group spurred the founding of the First Edition, in which Rogers and other former Minstrels mixed folk, rock, and country sounds. The new group went #5 pop in 1967 with Mickey Newbury’s psychedelic “Just Dropped In (to See What Condition My Condition Was In)” and gained several additional pop hits on Reprise Records.

After the group’s breakup in 1974, producer-executive Larry Butler signed Rogers to United Artists Records, on which he had modest hits until the stunning success of the mournfully catchy, Grammy-winning “Lucille” (#1 country, #5 pop) in 1977. For the next dozen years Kenny Rogers logged hit after hit, including “The Gambler” (1978-79)—penned by Don Schlitz—”She Believes in Me” (1979), and “Coward of the County” (1979-80). In 1980, on Liberty Records, Rogers’s #1 country hit “Lady”—a romantic ballad written by pop star Lionel Richie—ruled the pop charts for six weeks. Successful duets included “Every Time Two Fools Collide” (1978), with Dottie West, and the crossover smash “Don’t Fall in Love with a Dreamer” (1980), with Kim Carnes. As the country-pop era reached a peak, Rogers piled up three Grammys, five CMA awards, and eight ACM awards, adding to his stature as one of country’s first artists to sell out arena shows.

Already a veteran TV performer, Rogers gained further exposure through acting in tv movies, including a series of five treatments of “The Gambler.” His hit “Love the World Away” was a theme song in the era-defining 1980 film Urban Cowboy. The 1980s also saw hits on Liberty and RCA, including “Love Will Turn You Around” (1982), the Sheena Easton duet “We’ve Got Tonight” (1983), and the memorable Dolly Parton duet “Islands in the Stream” (1983), all country #1s that made the pop charts. Rogers appeared front and center in the megastar collaboration “We Are the World” (1985), scoring additional chart-toppers such as “Crazy,” “Real Love,” and the sensual George Martin-produced “Morning Desire.” But the solo hit “Tomb of the Unknown Love” (1986) and “Make No Mistake, She’s Mine,” a Grammy-winning duet with Ronnie Milsap released in 1987, were Rogers’s last #1 country records until “Buy Me a Rose” (1999-2000), recorded with Alison Krauss and Billy Dean.

Kenny Rogers’s crossover approach began to work against him as pop took on a harder edge and younger country artists went back to the music’s roots. Nevertheless, he invested in Branson, Missouri, ventures, published several well-received photography books, authored two children’s books, engaged in major philanthropic endeavors, and launched a chain of restaurants. Though his chart success slipped in the late 1980s and 1990s through stints with Giant, Atlantic, Reprise, and Magnatone, “Buy Me a Rose” (on Dreamcatcher) gave him a boost at the outset of the twenty-first century. He continued to tour and to release hits collections and albums of new material, the latter including Water & Bridges (Capitol Nashville, 2006), which yielded the Top Twenty hit “I Can’t Unlove You.”

In 2015, Rogers announced his plans to retire from the road following an extensive farewell tour.