Laconic, humorous, and self-deprecating, Johnny Bond was one of the true gentlemen of western music as well as an important songwriter and musician. 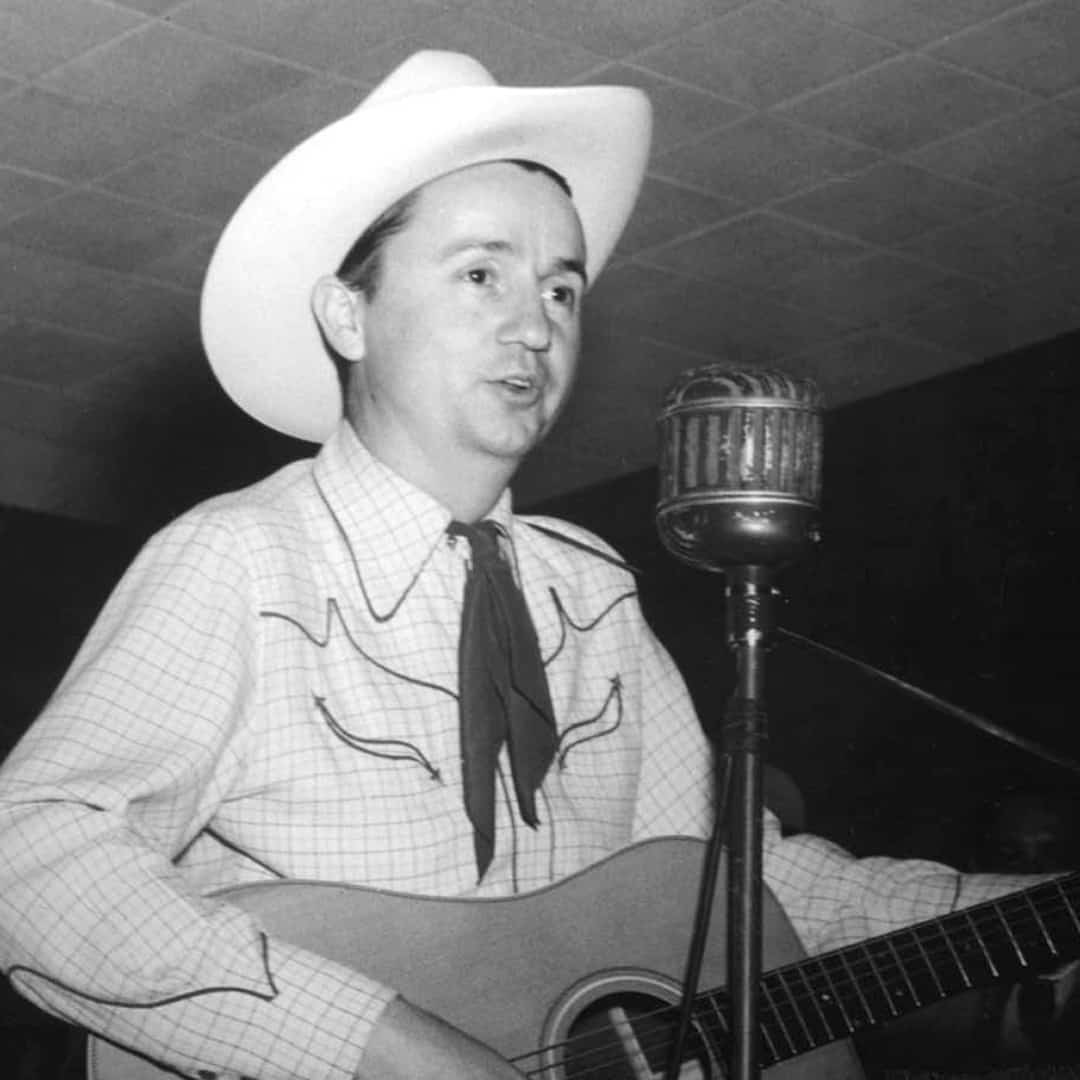 Reared in south-central Oklahoma, Cyrus Whitfield Bond moved in 1937 to Oklahoma City, where he formed a trio with Jimmy Wakely and Scotty Harrell, known as the Bell Boys after their sponsor, the Bell Clothing Company.

Regional success followed, and a move to Hollywood came in 1939, where they appeared in a Roy Rogers film, Saga of Death Valley. They landed a spot on Gene Autry’s CBS Melody Ranch radio show in 1940 and stayed together until Wakely’s solo career took off. Meanwhile, they pulled a clever musical scam: they recorded for Decca as the Jimmy Wakely Trio and for Columbia as Johnny Bond & the Cimarron Boys.

Although he composed hundreds of songs (“I Wonder Where You Are Tonight,” “Love Gone Cold,” “Your Old Love Letters,” “Tomorrow Never Comes,” “Those Gone and Left Me Blues,” and many others, mostly in the country idiom), Bond is best remembered for his western classic “Cimarron,” which he wrote in Oklahoma City as a theme song for the Bell Boys. As a recording artist, he enjoyed moderate success from his earliest recordings in 1941 through the 1950s, and even placed a few hits high on the charts during the late 1940s. In 1965, Bond’s recording career briefly revived with Starday and the novelty drinking song “10 Little Bottles,” which he had first recorded for Columbia in 1951.

Whereas Wakely’s career was meteoric, Bond’s was steadier: He remained a mainstay of the Melody Ranch cast until the show’s end in 1956, and his distinctive acoustic guitar runs became an Autry trademark on radio and record. He had small parts in many films, recorded frequently, began a music publishing business with Tex Ritter, spent nearly a decade as host and writer on the television show Town Hall Party, and in his later years became an author as well, writing a brief autobiography and a biography of Tex Ritter. – Douglas B. Green