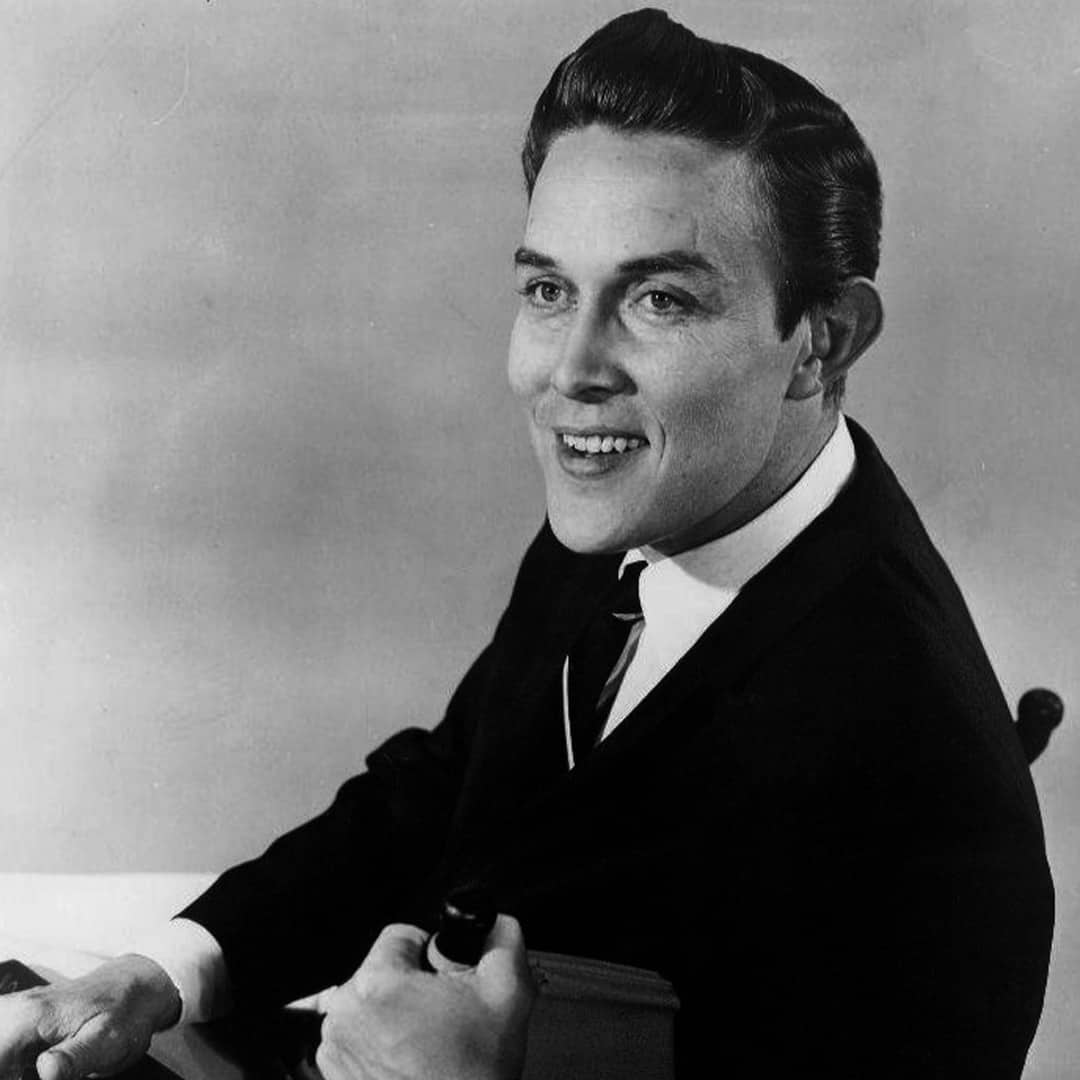 Born August 10, 1928, into a struggling rural family in Olton, Texas, he honed his performing skills in the late 1940s by entertaining his fellow servicemen at Bolling Air Force Base, near Washington, D.C. After his discharge in 1948 he assembled his band, the Texas Wildcats, and worked Washington area clubs, fire halls, and lodges.

“We played every dive in Washington at one time or another,” Dean recalled. “And dives is what they were.” Soon he was broadcasting on live radio shows organized by country music entrepreneur Connie B. Gay and aired over radio station WARL. .

In 1952, Dean’s career received a boost from Fred Foster, eventual founder of Monument Records. When he first saw Dean perform at Washington’s Covered Wagon club, Foster was just breaking into the business with local music publisher Ben Adelman. Describing Dean, Foster told Adelman, “He may not be the greatest singer in the world, but he communicates with the audience like you cannot believe.” Foster and Adelman arranged for West Coast label 4 Star Records to issue Dean’s recording of “Bumming Around,” which became a #5 country hit of 1953.

Although this was Dean’s only chart-making country disc of the 1950s, he flourished as the star of Gay’s televised Town and Country Time, a popular local and syndicated show filled with music, comedy, hoedown fiddling, and square dancing. Dean served as emcee, sang, and played accordion, backed by the Texas Wildcats; other regulars included singer Mary Klick, the Echo Inn Cloggers, and fiddler Buck Ryan. Roy Clark, Patsy Cline, Billy Grammer, and George Hamilton IV also made frequent appearances. The program helped Dean build his audience; by 1956, it aired in fifty markets including Spokane, Tulsa, Houston, Los Angeles, and Detroit, as well as Washington, D.C. In 1957, Dean graduated to CBS-TV with The Jimmy Dean Show, again featuring his band, George Hamilton IV, and guests. The program originated from Washington, D.C., during daytime hours and on Saturday nights during the summer of 1957. CBS then purchased Dean’s contract from Gay and moved the show to New York City as a weekday series that ran from September 1958 to June 1959.

TV exposure helped Dean gain two modest pop chart records on Columbia in 1957, but his recording career finally ignited with his self-penned trademark song “Big Bad John,” a #1 country and pop smash of 1961. A recitation about a miner who dies while saving his fellow workers during a cave-in, the hit revealed Dean’s gifts as a storyteller and showcased the sparse but effective production techniques of the developing Nashville Sound. “Big Bad John” was also one of the earliest country performances to win a Grammy, for Best Country & Western Recording. 1962 brought five more Top Twenty country hits for Dean: “Dear Ivan,” “The Cajun Queen,” “To a Sleeping Beauty,” “Little Black Book,” and “P.T. 109,” the latter a recounting of President John F. Kennedy’s World War II exploits as a patrol boat commander.

Combined with Dean’s proven TV track record, his string of hits put him back on network television in the mid-1960s. Between 1963 and 1966 he fronted his updated Jimmy Dean Show on ABC-TV, increasing national exposure for numerous guest artists. These included country talents such as Eddy Arnold, Homer & Jethro, and Molly Bee, as well as a parade of pop acts. The Jim Henson Muppet Rowlf was a continuing character, and semi-regulars included Ron Martin, a humorous, accident-prone singer; Lud & Lester, a folksy, Lum & Abner-style team; and the Jubilee Four gospel quartet. The Chuck Cassey Singers, wearing Stetson hats and playing guitars, added vocal support. In its final season, the show made special originations from Nashville’s Ryman Auditorium—then the home of the Grand Ole Opry—Miami Beach, and Carnegie Hall.

After topping the country charts in 1965 with “The First Thing Ev’ry Morning (and the Last Thing Ev’ry Night),” a song he co-wrote with Ruth Roberts, Dean switched from Columbia to RCA Victor.  He charted consistently from 1966 to 1972, though with the principal exception of the #10 country hit “Stand Beside Me” (1966), he didn’t replicate his early 1960s recording success. His final Top Ten country disc was 1976’s “I.O.U.” (on the Casino label), a narrative tribute to his mother.

Nevertheless, Dean’s career progressed apace as he played top venues such as the Hollywood Bowl and Las Vegas showrooms. In the late 1960s he appeared regularly on the NBC-TV series Daniel Boone, in the role of Boone’s friend Josh Clements, a fur trapper. Dean also appeared with the likes of Lee Majors, Dennis Weaver, and Mark Hamill in a number of Movies of the Week, and in 1971 he made his feature film debut in Sean Connery’s James Bond movie Diamonds Are Forever, playing the reclusive millionaire Willard Whyte. Additionally, Dean became a popular guest host for network talk show stars Johnny Carson, Mike Douglas, Merv Griffin, Dinah Shore, and Joey Bishop. Ads for his Jimmy Dean Meat Company—which he eventually sold to Consolidated Foods (later Sara Lee Corp.)—further established him as a household name. Dean and wife Donna Meade Dean co-wrote his autobiography, Thirty Years of Sausage, Fifty Years of Ham, published by Penguin Books in 2004. He was elected to the Country Music Hall of Fame in 2010.  He passed away on June 13, 2010, at his home in Henrico County, Virginia.  -Margaret Jones