Jimmie Davis rose to prominence in the 1930s with a smooth vocal style that helped popularize country music far beyond its original rural southern audience. 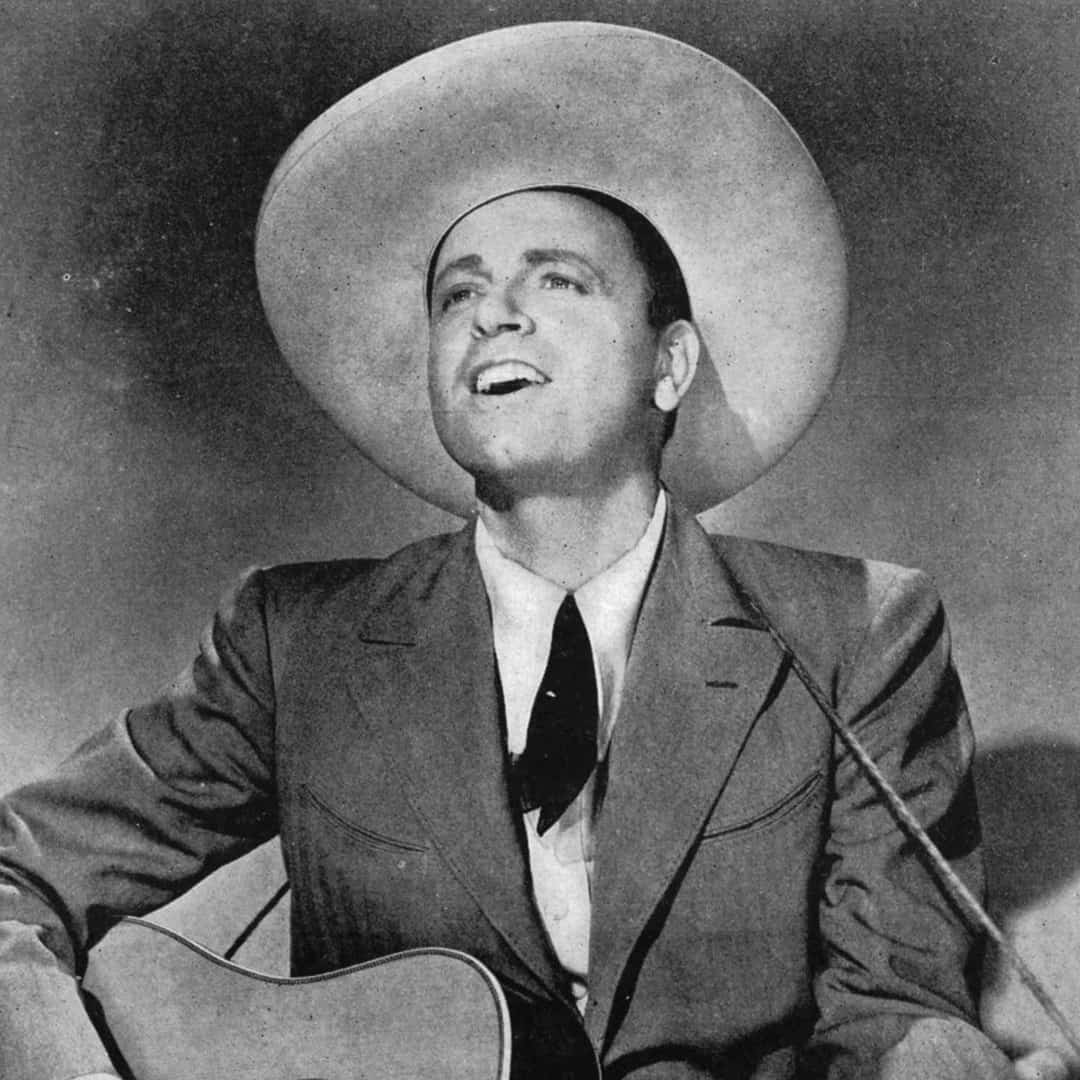 In many ways, his music was a harbinger of Eddy Arnold’s broadly accessible style. Davis’s best-selling records—particularly “Nobody’s Darling But Mine” and “You Are My Sunshine”—not only made him a wealthy and well-known singer but also carried him to the governorship of Louisiana.

One of eleven children born to a sharecropping couple in Beech Springs, Louisiana, James Houston Davis began his singing career in the Glee Club of Louisiana College in Pineville. At the same time he was a member of a local quartet, the Wildcat Four, singing lead tenor. As a graduate student at Louisiana State University in Baton Rouge, he sang in the Glee Club as a tenor in a quartet, the Tiger Four. After his musical activities in college days, which included street-singing, he began to sing regularly at KWKH in Shreveport.

Around September 1927, Davis accepted a teaching position at Dodd College, a Baptist junior college for women. Davis resigned after one year and began working as a clerk at the Shreveport Criminal Court, a job which lasted until 1938 and which helped usher him into a career in Louisiana politics.

Davis’s recording career developed noticeably during this ten-year period. After recording a couple of piano-accompanied songs for KWKH in 1928, he recorded sixty-eight sides for Victor Records from 1929 to 1933, proving himself an able Jimmie Rodgers imitator and an enthusiastic singer of risqué blues such as “Organ Grinder’s Blues” and “Tom Cat and Pussy Blues.” In 1934 he began recording for the newly formed Decca Records. His first release, “Nobody’s Darling but Mine,” became his first substantial hit. Although a risqué element remained in his repertoire for a while, Davis soon focused on western swing, recording briefly with Milton Brown’s Brownies.

From 1938 to 1942 Davis served as the public safety commissioner of Shreveport. In these years, he established a hugely successful campaign style in which he followed a brief speech with songs backed by a hillbilly band. During this period as commissioner, Davis put many of his musicians on the payroll as Shreveport policemen, including Charles Mitchell, Moon Mullican, Cliff Bruner, and Buddy Jones.

In 1942 Davis was elected as the northern public service commissioner of Louisiana and, in 1944, as Democratic governor of Louisiana. On both occasions he exploited his reputed authorship of “You Are My Sunshine,” which had become nationally known in 1941 through recordings by Gene Autry and Bing Crosby. (Davis’s own Decca recording was released in 1940; prior to his purchase of the song, it was credited to Paul Rice of the Rice Brothers, who previously may have purchased the copyright himself.) After his term as governor, Davis began singing full time for the first time and tended toward a gospel style, as represented by “Suppertime,” a hit in the early 1950s. Since serving as Louisiana’s governor for a second term from 1960 to 1964 (elected largely on a segregationist platform), he recorded for Decca and afterward for a handful of small labels.

After the death of his first wife, Alvern, in 1967, he married Anna Carter Gordon, a member of the gospel group the Chuck Wagon Gang, in 1969. Davis was elected to the Country Music Hall of Fame in 1972, the year after he lost the election for his third-term governorship. Even in his nineties, Davis was continuously involved in performing. In the spring of 1992 he appeared on CBS-TV’s special celebrating the Country Music Hall of Fame’s twenty-fifth anniversary. – Toru Mitsui