As program director of Nashville radio station WSM from 1939 to 1957 and founder of Tree Publishing Company, one of the city’s most important music publishing firms, Jack Stapp was a leader in Nashville’s emergence as a commercial music center. 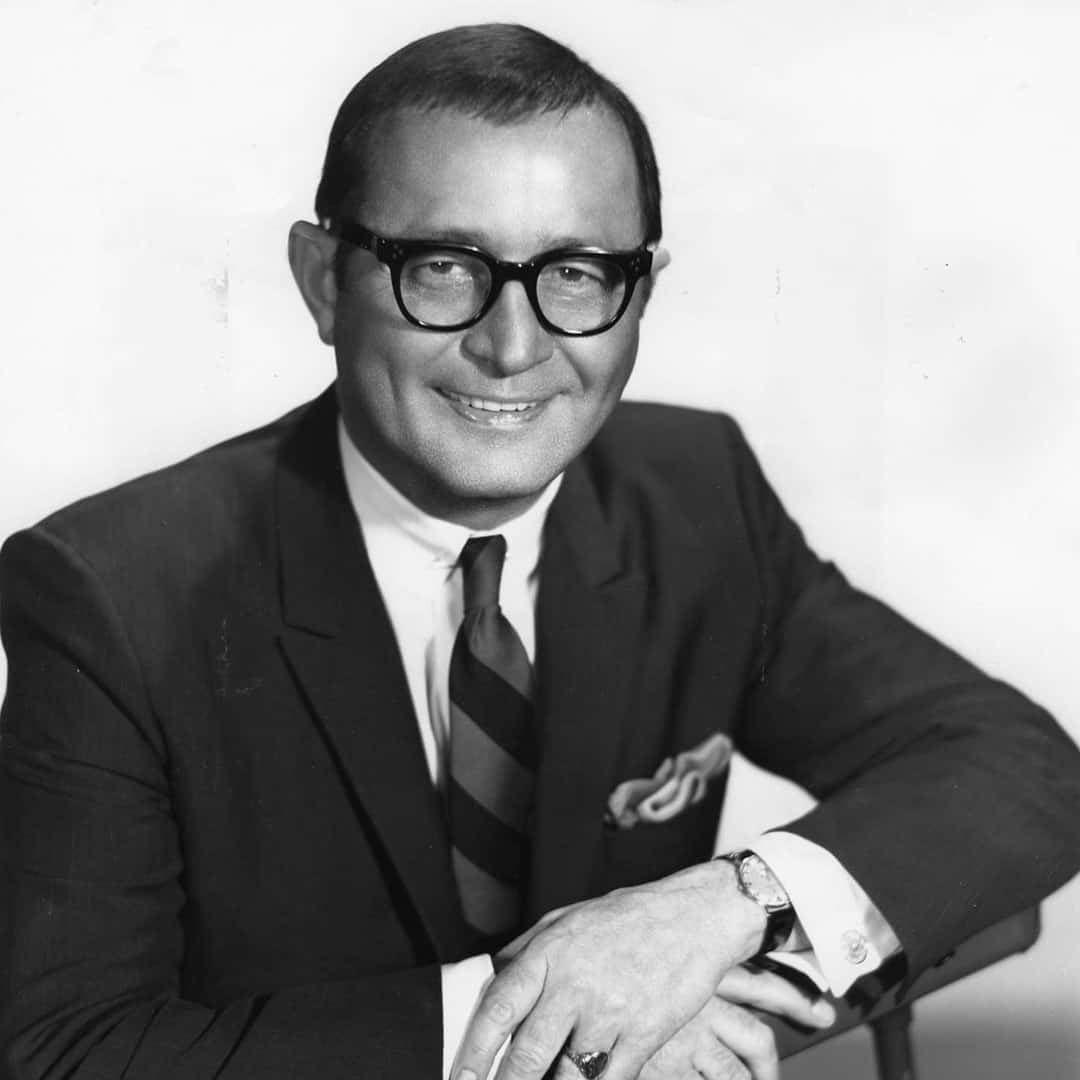 Jack Smiley Stapp was born in Nashville in 1912, but in 1923 he moved with his family to Atlanta. There, while still in his teens, he broke into radio at the Winecoff Hotel, programming a station that was piped into the hotel’s rooms.

While studying at Georgia Tech (Georgia Institute of Technology), he became involved with WGST, the campus station, and after WGST went commercial, Stapp stayed on staff, eventually assuming the duties of program manager. Soon he moved to the CBS network’s headquarters in New York, where he rose to the position of evening network manager.

In 1939, Stapp returned to his hometown to become program director for WSM. In October of that year, the NBC network began featuring a half-hour segment of the Grand Ole Opry, the “Prince Albert Show,” sponsored by the R. J. Reynolds Tobacco Company. Stapp, who worked with WSM station manager Harry Stone to gain this sponsorship, rehearsed the program each Saturday morning. Supervising WSM’s entire daily schedule, he produced other NBC network shows, such as Sunday Down South, Hospitality Time, Mr. Smith Goes to Town, Riverboat Revels, and the children’s program Wormwood Forest.

Stapp joined the U.S. Army during World War II. Moving to London, he contributed to psychological warfare efforts by broadcasting Allied propaganda in the European theater. At war’s end, he returned to WSM and resumed his duties as program director.

In 1951, Stapp and CBS-TV producer Lou Cowan, whom Stapp had met in London during the war, organized Tree Publishing (later known as Tree International, which was purchased by Sony/ATV). Stapp stayed with WSM through the early 1950s, however, and hired local musician Buddy Killen in 1953 to find songs and get them recorded. Three years later, Elvis Presley recorded “Heartbreak Hotel,” a Tree copyright, and this crossover hit established the firm as a prominent Nashville publisher. In 1957, Stapp bought Cowan’s interest in Tree and gave 30 percent of the company to Killen. Also in 1957, Stapp left WSM, and in early 1958 he accepted the position of program director for Nashville rock & roll station WKDA, which became a top-rated station in the local market. At the same time, Stapp served as president of Tree, though Killen handled daily operations.

Stapp moved to Tree full-time in 1964. By this time, Tree was earning more than $1 million a year in royalties on best sellers written by Roger Miller (who had signed in 1958) and other up-and-coming Nashville songwriters. The company expanded rapidly under Stapp’s leadership. While tunesmiths such as Miller (“Dang Me”) and Curly Putman (“Green, Green Grass of Home”) kept churning out hits, Tree began to purchase other publishing companies. In 1969, Tree bought Pamper Music, whose catalog included many hits by Willie Nelson, Hank Cochran, and Harlan Howard. This acquisition doubled the size of Tree’s catalog and set the stage for future Tree acquisitions. Meanwhile, the firm continued to develop the songs of its own writers, including Putman, Bobby Braddock, Sonny Throckmorton, and Rafe Van Hoy, among many others.

In 1974, Stapp assumed the role of Tree’s board chairman and chief executive officer, and Killen, his handpicked second in command, became president and chief operating officer. Following Stapp’s death in 1980, Killen purchased Stapp’s interest in the company, and sold the operation to Sony Music in 1989.

Jack Stapp was elected to the Country Music Hall of Fame in 1989.  –John Rumble