When the piano became an integral part of Nashville arrangements in the early 1960s, the pianist who shouldered most of the load was Floyd Cramer. 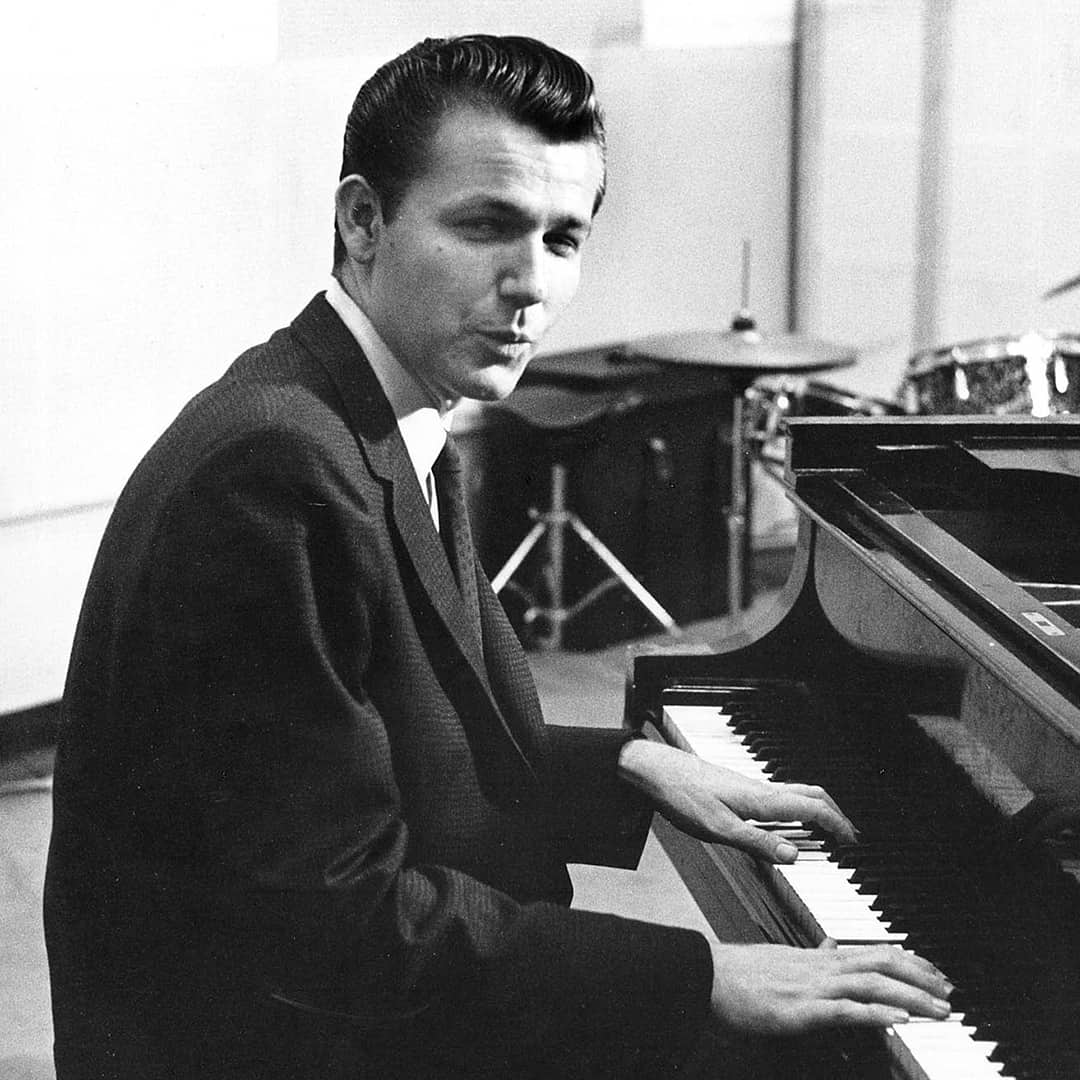 He popularized the “slip-note” technique on dozens of hits by a wide range of artists, but deserves to be just as famous for his unerring taste and his understanding of what not to play.

On the Rebound – Floyd Cramer

Cramer grew up in the small sawmill town of Huttig, Arkansas. He learned piano by ear, and, after graduation from high school in 1951, he moved to Shreveport and found a job on the Louisiana Hayride. He arrived just as Lefty Frizzell’s records were popularizing what Cramer termed “a plinking honky-tonk type piano.” He played in that style on Jim Reeves’s “Mexican Joe” and made his first record for Abbott Records in 1953.

Aside from Owen Bradley, Poppa John Gordy, and Marvin Hughes, there were few studio pianists in Nashville when Cramer first went there in 1952 with radio and TV announcer T. Tommy Cutrer. After a year or two of commuting, Cramer talked to Chet Atkins about becoming a session pianist and left Shreveport for Nashville in January 1955. “By 1956 and ’57, I was in day and night doing sessions,” he said. One of the few records on which he played something other than piano was Jimmy Dean’s “Big Bad John” (he created the pickaxe soundeffects by hanging an iron doorstopper on a coat hanger and hitting it with a hammer).

In 1958 Atkins signed Cramer to RCA as an instrumental artist; his fourth single, released in 1960, was “Last Date,” featuring the slip-note style. Earlier, Cramer had worked on the Hank Locklin session that had produced “Please Help Me, I’m Falling”; the composer, Don Robertson, had sent a demo on which he played piano, sliding up into a note from the one beneath, and that was the technique that Cramer incorporated into his style.

“It’s been done for a long time on the guitar by people like Maybelle Carter,” Cramer said, “and by lots of people on the steel guitar. Half-tones are very common, but the style I use mainly is a whole-tone slur which gives more of a lonesome, cowboy sound.”

It was at Atkins’s suggestion that Cramer wrote “Last Date” to showcase the slip-note style. It was a bigger pop than country hit, climbing to #2; the only record keeping it from #1 was Elvis Presley’s “Are You Lonesome Tonight,” another record Cramer had played on. By the mid-1960s, Cramer was established as an album act, recording prolifically for RCA and touring widely with RCA labelmates Chet Atkins and saxophonist Boots Randolph.

Cramer stayed active in the studio for years thereafter, and he continued to do occasional concerts and record television-marketed albums until sidelined by cancer, which eventually took his life. — Colin Escott