From the early 1950s through the mid-1970s, Faron Young was among the top stars and most colorful personalities in all of country music. Signature hits like “If You Ain’t Lovin’ (You Ain’t Livin’)” and “Live Fast, Love Hard, Die Young” marked him as a honky-tonk man in both sound and personal style, while other chart-topping singles like “Hello Walls” and “It’s Four in the Morning” showed off his versatility as a vocalist. 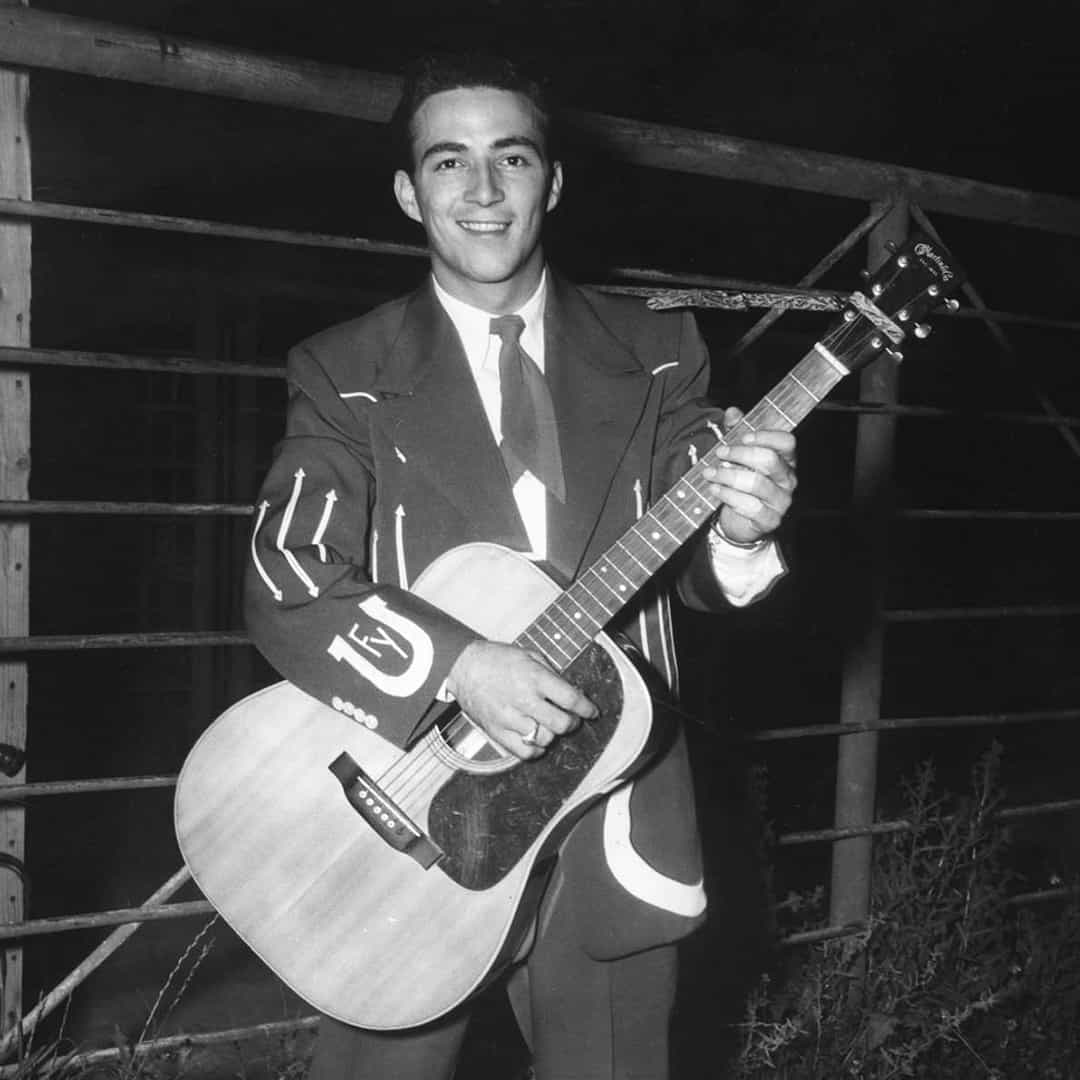 A music industry entrepreneur, Young invested in Music Row real estate, and in the 1960s he published the influential trade paper Music City News. Though his career did not lack for controversy, Young’s voluble, outgoing personality was well received, and the entire community was as shocked as it was saddened when he died of a self-inflicted gunshot wound at the age of sixty-four.

Wine Me Up – Faron Young

Born in Shreveport and raised on a farm outside of town, Faron Young, as a teenager, was more interested in pop music than country. But that changed when his high school football coach, who moonlighted in a country band, started Young singing at the local Optimist Club and nursing homes. Young then met Webb Pierce and began working with Pierce in clubs and on KWKH. By 1951, Young was appearing on the radio station’s feature program, the Louisiana Hayride.

Though he recorded in Shreveport, Young’s first sides appeared on Philadelphia’s Gotham label. But by February 1952 he had been signed to Capitol Records, for which he would record for the next ten years. His first Capitol single appeared that spring, and soon thereafter he moved to Nashville. He recorded his first chart hit, “Goin’ Steady,” in October 1952, but his career got sidetracked when he was drafted the following month. While in the service, he performed on army recruitment programs and continued to record. He was discharged in November 1954, just as “If You Ain’t Lovin’ ” was hitting the charts.

From 1954 to 1962, Young cut a slew of honky-tonk classics for Capitol, including the first hit version of Don Gibson’s “Sweet Dreams.” Most famous was “Hello Walls,” a crossover smash for Young in 1961. It was written by Willie Nelson, who reportedly pitched the song to Young at Tootsie’s Orchid Lounge.

In 1963 Young switched from Capitol to Mercury Records. Though initially his Mercury catalog drifted through various bland Nashville Sound stylings, by the end of the decade he had recaptured much of his hard country fire with hits like “Wine Me Up.” Released in 1971, the waltz-time ballad “It’s Four in the Morning” was one of Young’s finest records and his last #1 hit. By the mid-1970s his records were becoming overshadowed by his salty persona. For example, he made headlines in 1972 when he spanked a little girl who was in the audience at a concert in Clarksburg, West Virginia.

Young switched labels again in 1979, signing with MCA. The association lasted only two years, and little was heard from Young after that until the Nashville independent Step One picked him up in 1988. He recorded for Step One into the early 1990s (including a charming, if not particularly exciting, duet album with Ray Price), and then withdrew from public view. Though young country acts like BR5-49 were putting his music before a whole new audience in the mid-1990s, Young apparently felt the industry had turned its back on him. That and despondency over his deteriorating health were cited as possible reasons why Young shot himself on December 9, 1996. He died in Nashville the following day. — Daniel Cooper