During his lifetime, Conway Twitty had more #1 records than any country artist had then achieved, his stardom having endured through five decades of changing musical fashions. 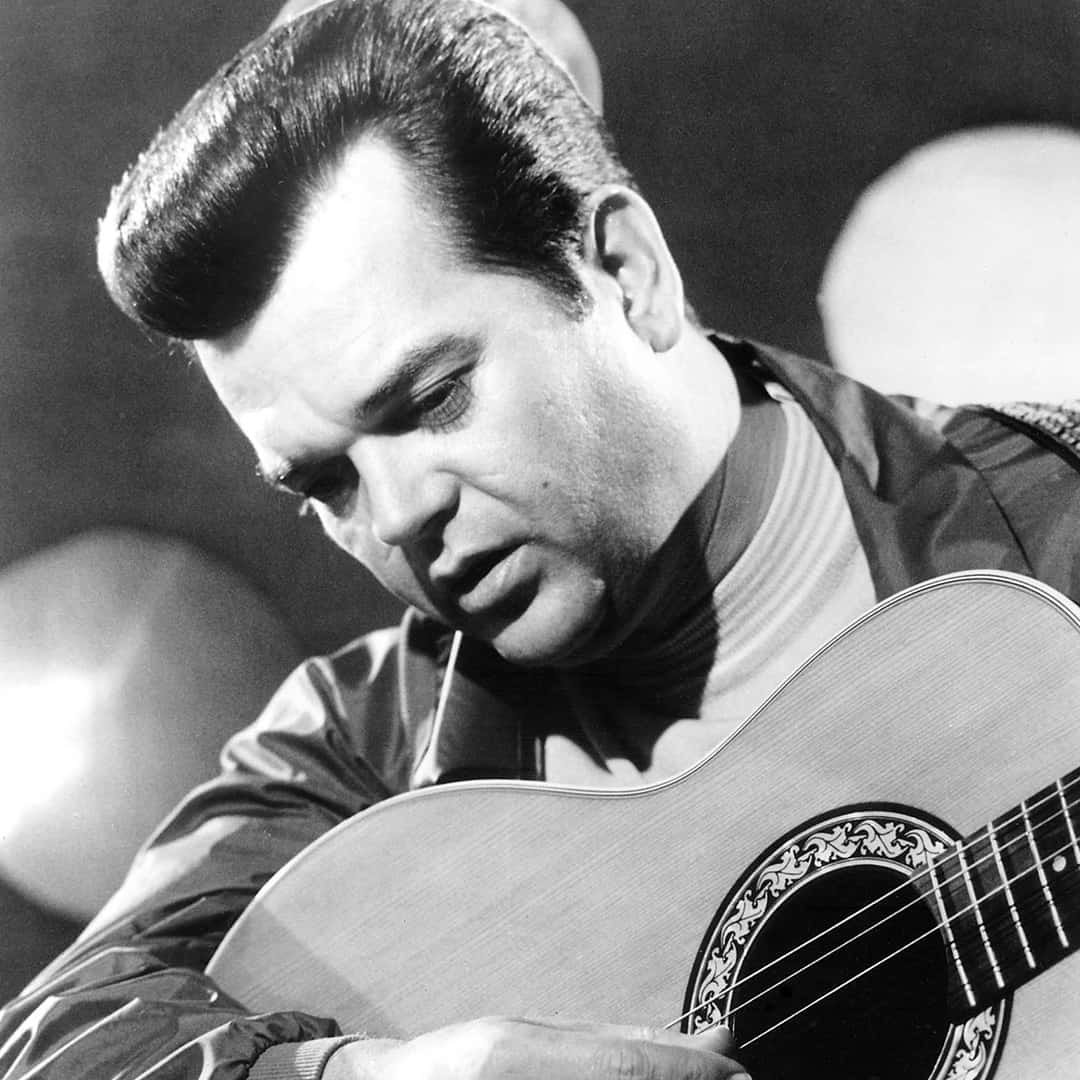 Twitty was also one of country music’s most diverse stylists and a major songwriting talent: Eleven of his #1 hits were self-penned.

Conway Twitty was born Harold Lloyd Jenkins, the son of a Mississippi ferryboat captain. Taught guitar by his grandfather and a neighborhood blues singer, Twitty broadcast over radio station KFFA in Helena, Arkansas, at age twelve. A talented baseball player, he was scouted by the Philadelphia Phillies and then drafted for military service during the Korean War. Upon his discharge, he heard Elvis Presley’s music, and headed to Sun Records in Memphis. Twitty’s Sun sides were imitative of Presley, and were not issued, but label mate Roy Orbison’s recording of Twitty’s song “Rockhouse” was released.

Twitty then signed with Mercury as a rockabilly performer and combined the names of Conway, Arkansas, and Twitty, Texas to create his new professional moniker. Moving to MGM, he struck pay dirt with 1958’s million-selling “It’s Only Make Believe.” This solidified his status as a teen idol, as did his appearances in Platinum High School, College Confidential (both 1960), and other teen movies. The character name “Conrad Birdie” in the 1960 Broadway musical Bye Bye Birdie parodied Twitty.

Twitty wrote country songs throughout this period and yearned to return to that genre as a performer. Songwriter Harlan Howard took Twitty’s “Walk Me to the Door” to Columbia country star Ray Price, and urged Decca’s Owen Bradley to sign Twitty in 1965. Initially, country DJs were skeptical of the former pop star. But in 1968 he finally broke into the country Top Ten with “The Image of Me.”

Twitty’s follow-up single, “Next in Line,” became the first of his forty #1 Billboard country hits. His intensely emotional singing and passion-filled lyrics energized such career-building records as “Hello Darlin”(1970), “Fifteen Years Ago” (1970), “How Much More Can She Stand (and Still Stand by Me)” (1971), the steamy “You’ve Never Been This Far Before” (1973), “There’s a Honky Tonk Angel” (1974), and “Linda on My Mind” (1975). Many of these embodied his trademark formula combining infidelity with guilt. Twitty and Loretta Lynn won a Grammy and four CMA awards for a series of classic duets, including “After the Fire Is Gone” (1971), “Louisiana Woman, Mississippi Man” (1973), and “Feelin’s” (1975).

In the late 1970s Twitty began experimenting, adding elements of rock (“Boogie Grass Band”), soul (“Don’t Take it Away”), and Outlaw sounds (“Play Guitar Play”). He also began producing his own albums and adopted a curly new hairdo in place of his previous pompadour and sideburns, Hits such as “I’d Love to Lay You Down” (1980), and “Tight Fittin’ Jeans” (1981) also signified a more contemporary sound and a more open, less guilt-ridden sexuality.

Twitty switched from MCA (his label after it absorbed Decca) to Warner/Elektra in 1981 and recorded country versions of the pop hits “Slow Hand,” “The Rose,” and “Three Times a Lady.” Other earlier 1980s hits included “I Don’t Know a Thing About Love (the Moon Song),” penned by Harlan Howard. Twitty opened his three million dollar Twitty City tourism complex in Nashville in 1981 and inaugurated annual “Country Explosion” concerts to kick off Fan Fair (later called the CMA Music Festival). He also invested in the Nashville Sounds minor league baseball team and the United Talent booking agency.

Vince Gill, Kathy Mattea, Naomi Judd, and Reba McEntire were among the many acts whose early careers Twitty boosted. His concern for songwriters and their work led to Twitty’s billing as “the best friend a song ever had.”

Rejoining MCA by 1987, Twitty issued some of his most creative singles to date: “That’s My Job,” “Goodbye Time,” “She’s Got a Single Thing in Mind,” and the controversial “Saturday Night Special.” He quit smoking and gained new vocal power, made music videos, and began to do interviews and TV appearances. His authorized biography, The Conway Twitty Story, was published in 1986.

As the 1990s dawned, Twitty was back in the Top Ten with “Crazy in Love,” and “I Couldn’t See You Leavin’.” His last recording session was a duet with Sam Moore, formerly of the hit-making soul duo Sam & Dave, on “Rainy Night in Georgia,” included in Rhythm, Country & Blues, a multi-artist collection released by MCA in 1994. Twitty died suddenly of a stomach aneurysm en route from a show in Branson, Missouri, to Nashville’s 1993 Fan Fair celebration. Before his death, however, he had recorded an album coincidentally titled Final Touches. He was inducted into the Country Music Hall of Fame in 1999. — Robert K. Oermann