No single country instrumentalist has achieved the renown and respect of Chester Burton Atkins. 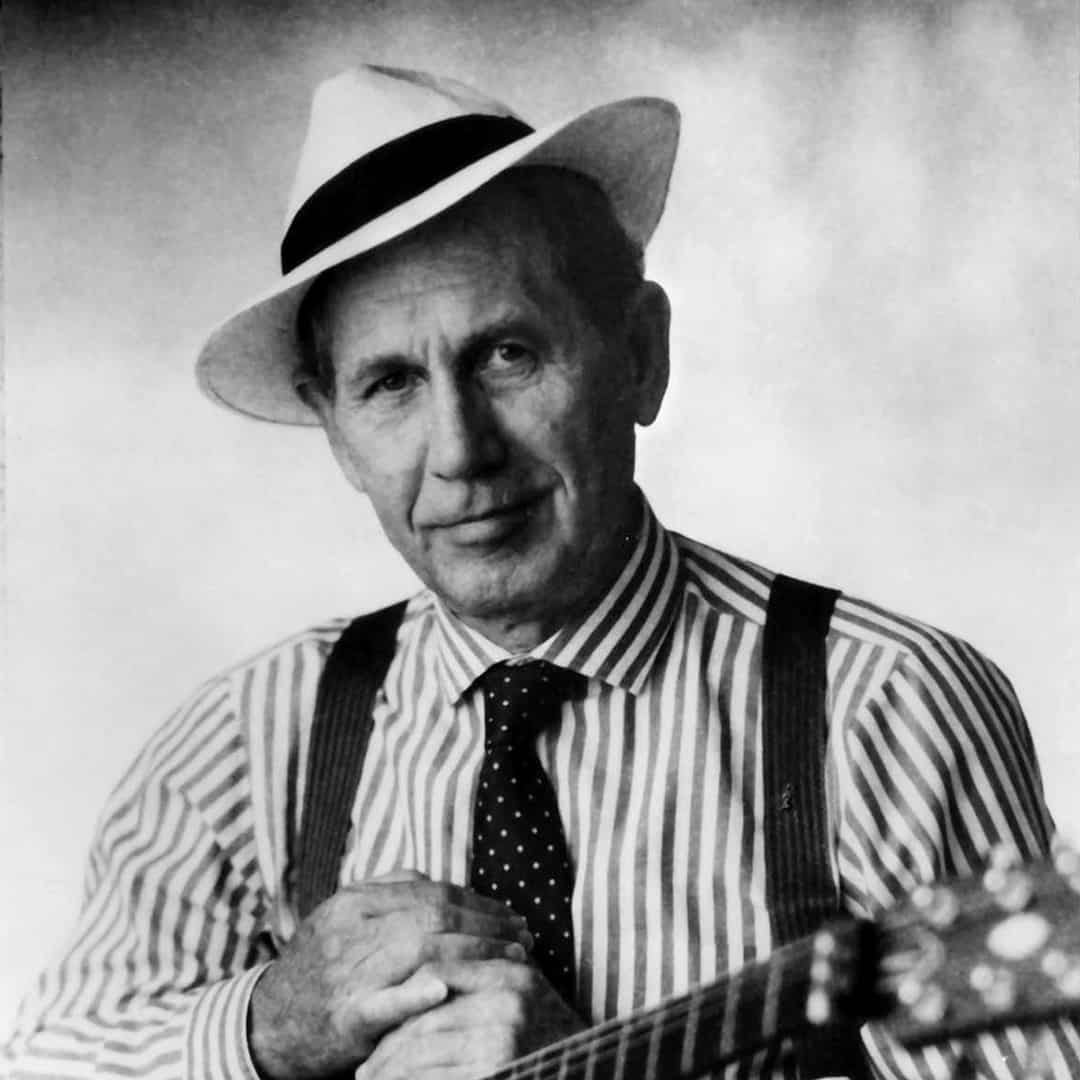 His immense influence on country, rock, and jazz musicians from Jerry Reed to George Harrison, Duane Eddy, and Earl Klugh has lasted more than a half-century. Many hit records he produced during his days at RCA are now classics.

Atkins grew up in the hills near the tiny, remote East Tennessee town of Luttrell. James Atkins, his father, was an itinerant music teacher who had previously been married. His wife Ida, Chester’s mother, sang and played piano. After the Atkinses divorced, Ida Atkins remarried, in 1932, and Chester began to learn guitar and fiddle, often playing with his brother and sister and their stepfather, Willie Strevel. A 1936 asthma attack forced Chester to relocate to the improved climate at his father’s Georgia farm, where one night in the late 1930s he first heard Merle Travis playing guitar from WLW in Cincinnati. Travis’s thumb-and-finger picking style fascinated Atkins, who created his own thumb-and-two-finger variation.

After attending high school in Georgia, Atkins landed a job at WNOX in Knoxville, fiddling for the team of singer Bill Carlisle and comic Archie Campbell. WNOX executive Lowell Blanchard heard Chester’s guitar playing and began featuring him on the Mid-Day Merry-Go-Round, the station’s popular weekday multi-artist country show. Atkins broadened his repertoire though listening sessions in the station’s music library. In 1945 he briefly joined WLW in Cincinnati, then in early 1946 worked with Johnnie & Jack in Raleigh, North Carolina, before moving to Chicago, where Red Foley, leaving the WLS National Barn Dance to host the Grand Ole Opry’s NBC segment, “The Prince Albert Show,” hired Atkins and took him to Nashville. There, he made his first solo recording, “Guitar Blues,” for local label Bullet. Moving on to KWTO in Springfield, Missouri, Atkins received his nickname “Chet” from station official Si Siman. Other officials there, feeling his style too polished for “hillbilly” music, eventually fired him.

Meanwhile, however, Siman tried to interest record companies in Atkins, and RCA Victor’s Steve Sholes signed him as a singer and guitarist in 1947. During 1947, as record labels stockpiled recordings in anticipation of a Musician’s Union strike, Atkins impressed Sholes with his studio skills as a player who could lead other musicians in creating commercial arrangements. Around 1948, Chet returned to WNOX, working first with Homer & Jethro, then joining Maybelle and the Carter Sisters as lead guitarist. They subsequently worked at KWTO before relocating to Nashville to join the Opry in 1950. With help from music publisher and MGM Records producer Fred Rose, Chet became one of Nashville’s early “A-Team” of session musicians, recording with everyone from Wade Ray to Hank Williams and Webb Pierce. He also appeared on the Opry as a solo act. His first chart hit, a cover of the pop hit “Mister Sandman,” came in 1955, followed by a hit guitar duet with Hank Snow on “Silver Bell.”

Through the 1950s Atkins’s relationship with Steve Sholes evolved into that of trusted protégé. Initially, Chet organized sessions, and if Sholes, who was based in New York, couldn’t come to Nashville, Atkins produced the records himself. In 1955 Sholes put Atkins in charge of RCA’s Nashville studios, first at a facility shared with the Methodist Radio, Television, and Film Commission, and later at an RCA-controlled studio that would become known as RCA Studio B. Eventually Atkins became an RCA Vice President, responsible for Nashville operations.

Only after rock & roll set back country record sales did Atkins’s production skills come into their own. Intent on increasing sales by making country records appeal to pop and country audiences, he, along with Owen Bradley at Decca, Don Law at Columbia, and Ken Nelson at Capitol, began to produce singers backed by neutral rhythm sections and replace steel guitars and fiddles with vocal choruses—a style immortalized as the Nashville Sound. Atkins transformed hard-country RCA artists Jim Reeves and Don Gibson by producing hits for both that crossed over into the pop market. Among the many acts he produced successfully were Eddy Arnold, Skeeter Davis, Bobby Bare, and Floyd Cramer. In 1965 he took a major step forward by signing African-American country singer Charley Pride to RCA. That same year, Atkins enjoyed his own biggest hit single with “Yakety Axe,” an adaptation of Nashville studio musician Boots Randolph’s hit “Yakety Sax.”

Atkins produced a constant stream of solo RCA albums during these years. As he hired additional producers at RCA, he cut back his own production work to focus on recording, and Atkins made albums with other fine guitarists: Hank Snow, Jerry Reed, Merle Travis, and Les Paul. In 1973 Atkins was elected to the Country Music Hall of Fame; from 1967 to 1988, he won the Country Music Association’s (CMA) Instrumentalist of the Year honor eleven times. In 1982 he relinquished his RCA executive role and left RCA to record for Columbia in 1983. Frequent collaborations with younger players like British rock guitarist Mark Knopfler reflected Atkins’s desire to remain contemporary. In 1993 Atkins received a Lifetime Achievement Award from the National Academy of Recording Arts and Sciences (NARAS), placing him among such musical greats as Louis Armstrong, Ray Charles, Leonard Bernstein, and Paul McCartney.

In 1997 Atkins won his fifteenth Grammy, for his 1996 recording of “Jam Man.” In that same year he was diagnosed with brain cancer, which ended his life in 2001. -Rich Kienzle