In the 1960s, Charley Pride became country music’s first Black superstar, lending his honeyed baritone to music that captivated audiences, broke racial and cultural barriers, and led him to a place in the Country Music Hall of Fame. 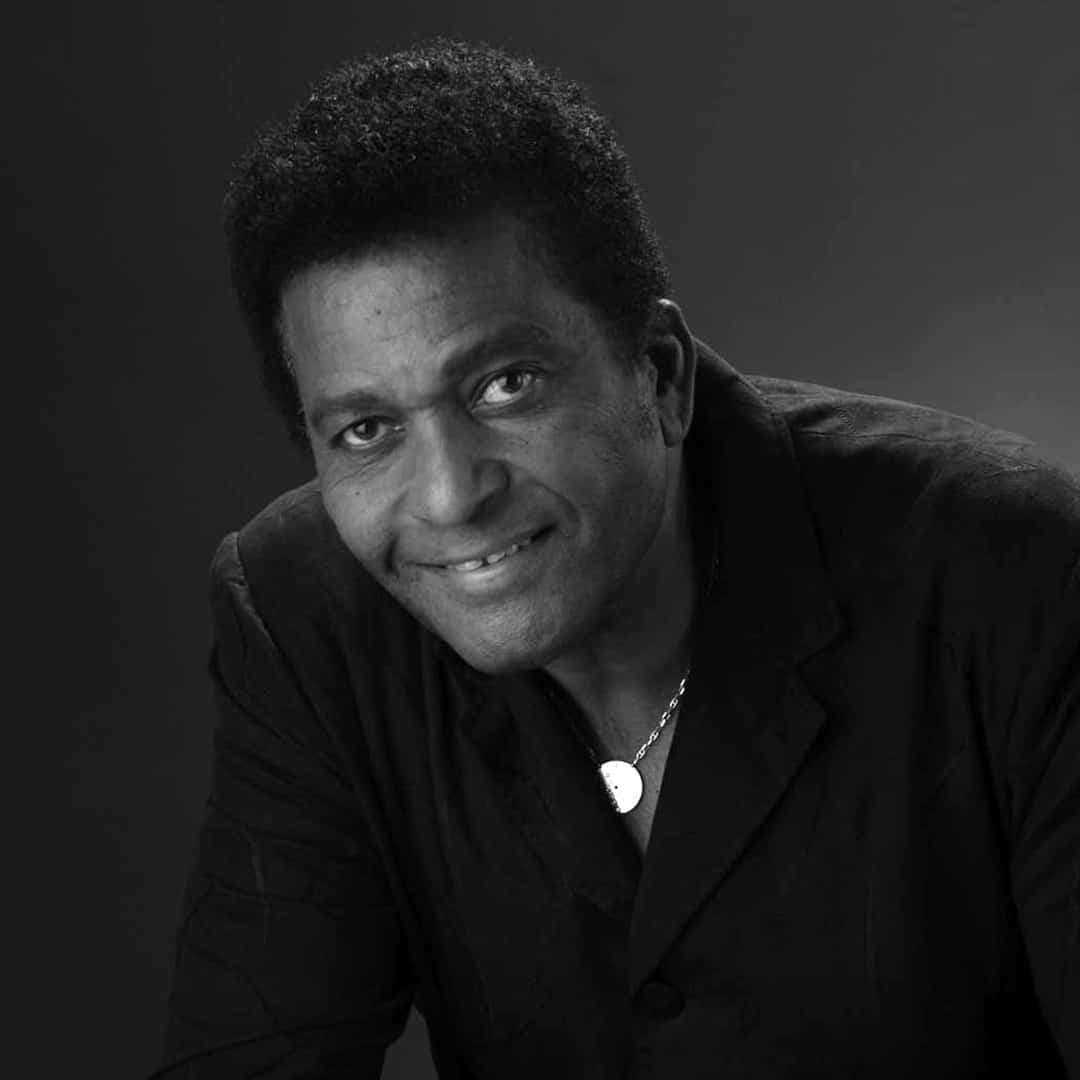 Pride’s hit-making heyday lasted from 1966 through the 1980s, but his impact on country music is perpetual. A 2020 recipient of the CMA’s Willie Nelson Lifetime Achievement Award, Pride is an inspiration to generations of performers, a model of quiet dignity and artful fortitude.

Is Anybody Goin’ to San Antone – Charley Pride

Just Between You and Me – Charley Pride

Raised in the segregated South as the son of a straight-laced sharecropper father, Charley Frank Pride (named “Charl” by his father but spelled “Charley” on his birth certificate) was born on a forty-acre Mississippi cotton farm fifty miles due south of Memphis. Pride picked cotton to buy his first guitar, a ten-dollar Sears and Roebuck model, when he was fourteen.

Pride’s father was a big fan of the Grand Ole Opry, and Pride was musically schooled on the likes of Ernest Tubb, Pee Wee King, Hank Williams, and Roy Acuff.

At age sixteen, Pride left home to play professional baseball in the Negro American League. After two years with teams in Memphis and elsewhere, he married Rozene Cohran — an ambitious and highly motivated Memphis woman who still oversees the business end of his career — and entered the Army for a two-year stint. Pride left the service in 1958 with the intention of having a big league baseball career. Pride played briefly in the Pioneer League and then worked at a smelting plant in Helena, Montana, where he played for the plant ball team. But soon it was apparent that his gifts as a singer were even greater than his athletic prowess.

In 1962 country stars Red Sovine and Red Foley heard Pride in Helena and eventually helped him come to Nashville, where he met renegade producer Cowboy Jack Clement, an iconoclast who had worked with Elvis Presley, Jerry Lee Lewis, Johnny Cash, Roy Orbison, and others at Sun Records during the early days of rock ’n’ roll. Introduced to Pride by manager Jack Johnson, Clement gave Pride some songs to learn and ushered the singer into RCA’s studio in 1965 to make recordings that caught the ear of RCA’s Chet Atkins, who flew to Los Angeles to the tapes for RCA executives. Atkins received approval to sign Pride to the label, only revealing Pride’s color after the deal was agreed upon.

Pride’s first single, “Snakes Crawl at Night,” was released in January 1966. Pride’s race was shielded from country radio disc jockeys through three single releases until the third, “Just Between You and Me,” climbed into the country Top Ten. His gold-selling first album, Country Charley Pride, was the first indication many fans had that he was Black.

“I get a lot of questions asked me . . . ‘Charley, how’d you get into country music and why you don’t sound like you’re supposed to sound?,’” Pride said during a 1968 concert at Panther Hall in Fort Worth, Texas (the show was recorded for a 1969 RCA release). “It’s a little unique, I admit. But I’ve been singing country music since I was about five years old. This is why I sound like I sound.”

THE PRIDE OF COUNTRY

As with Jackie Robinson, who broke the color line in big-league baseball in 1947, Pride responded to discrimination with square jawed silence, for the most part, determined that talent would overcome prejudice. His work spoke volumes: between his chart debut in 1966 and 1989, he had twenty-nine #1 country hits, including such enduring classics as “Is Anybody Goin’ to San Antone” (1970), “Kiss an Angel Good Mornin’” (1971), and “All I Have to Offer You Is Me” (1969). In 1971, he was named CMA Entertainer of the Year.

In addition to being a talented singer and entertainer, Pride is an astute, conservative businessman. Pride made his home in North Dallas, Texas, becoming an important real estate and banking investor in that community, as well as setting up a booking and management company, Chardon, which helped introduce Janie Fricke, Dave & Sugar, and Neal McCoy to stardom. Pride was a partner in Pi-Gem song publishing with producer Tom Collins, all the while cranking out hit after hit and running hard as a nonstop touring artist. He was named the Country Music Association (CMA) Entertainer of the Year in 1971, and twice Male Vocalist of the Year (1971, 1972). Although invited to join the Grand Ole Opry in 1968, he initially declined; he became a cast member in 1993, seven years before his induction into the Country Music Hall of Fame. –Bob Millard