Singer, songwriter, and guitarist Alvis Edgar Owens Jr. ruled the country music scene for a period in the mid-1960s, producing a clear, twangy, danceable sound that he repeated across dozens of chart-topping singles. 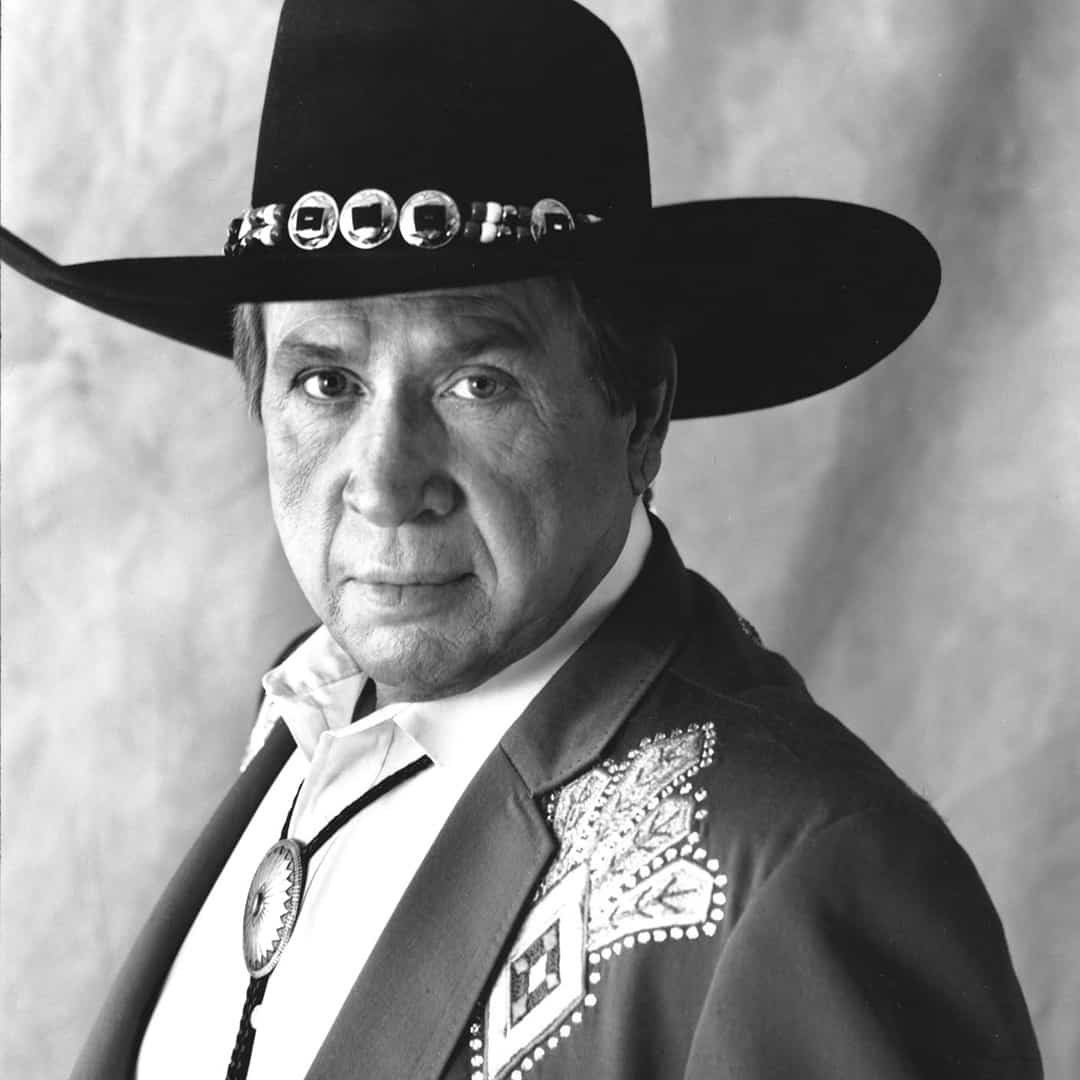 Though he would later become a fixture on television through the success of Hee Haw, Owens is best remembered by fans and the younger stars he has influenced with timeless hits like “Act Naturally” (#1, 1963) and “My Heart Skips a Beat” (#1, 1964).

I’ve Got A Tiger By The Tail – Buck Owens

His early life followed the classic Depression-era Dust Bowl family stereotype. Sharecroppers from North Texas near the Oklahoma border, his family moved west to Arizona in 1937, barely making ends meet. Having experienced the depths of poverty, Owens began playing the honky-tonks of Phoenix and Mesa, Arizona, to make money, learn a trade, and stay away from the harsh conditions of farm labor.

The musical influences on the young Owens were diverse, reflecting both the popular music of the time and places in which he matured and the various styles that he had to learn to play as a working dance-hall musician in the Southwest. He listened to stringband and cowboy music on Mexican border radio stations and learned to play and synthesize western swing, rhythm & blues, and the emerging genre of honky-tonk. In 1947 he met Bonnie Campbell, with whom he worked in a group called Mac & the Skillet Lickers, and the two married in 1948.

In 1951 Buck and his new wife, Bonnie Owens, moved to Bakersfield, California, where Dust Bowl refugees had ended their trip west in fertile farm fields and the burgeoning oil industry. From 1951 to 1958 Buck played at the Blackboard, the center of the vibrant Bakersfield music scene. As lead guitar player and singer for the house band led by Bill Woods, Buck worked marathon shifts and played anything to get folks dancing, including country, R&B, rockabilly, rhumbas, polkas, and even sambas.

He also took advantage of Bakersfield’s proximity to Los Angeles to play sessions at Capitol studios, establishing himself as a session guitarist for artists such as Tommy Collins and Gene Vincent. He made a few singles for local labels, and even recorded a rockabilly single, “Hot Dog,” for Pep Records in 1956, which was released under the name “Corky Jones” so that Buck’s country credibility would not suffer. Capitol producer Ken Nelson signed Owens to Capitol in 1957. Two years later, “Second Fiddle” became Owens’s first chart record.

During a period he spent in the Seattle area in the late fifties, Buck struck up a musical relationship and personal friendship with a young fiddler, Don Rich. Their partnership was crucial in Buck’s career, and Rich stayed with Owens as musician, guitarist, and leader of Buck’s band, the Buckaroos, until his death in 1974.

Unlike most other artists during the heyday of the Nashville Sound, Owens would virtually always record with his road band, giving his records both a distinctive sound and a live feel. From 1963 to 1967, during the peak of Owens’s commercial and artistic career, Owens and Rich were joined by pedal steel player Tom Brumley, drummer Willie Cantu, and bassist Doyle Holly on all of Owens’s records and on the Buckaroos’ own marginally successful releases on Capitol. While Nelson nominally produced his sessions, Owens would shape and control the band’s sound and songs. These factors, and Owens’s desire to keep the same winning song and arrangement formula, helped to create the conditions for his signature style based upon simple storylines, infectious choruses, twangy electric guitar, an insistent rhythm supplied by a drum track placed forward in the mix, and high two-part harmonies featuring Owens and Rich.

Owens’s control of his music was reflected in his business interests. He established himself as a savvy businessman early in his career with Blue Book, a music publishing company that controlled his own work and that of other Bakersfield writers like Merle Haggard. Owens also invested in radio stations throughout the Southwest, and with his manager Jack McFadden established his own management and booking agency that handled a number of artists.

After many career highlights, including shows at Carnegie Hall and the Fillmore in San Francisco, Owens’s recording career faded both commercially and artistically in the 1970s, though he kept quite busy with his many business interests and with Hee Haw. He was coaxed out of retirement in 1988 by Dwight Yoakam, who helped him return to the top of the charts with the duet “Streets of Bakersfield.” Two new albums followed—Hot Dog! (1988) and Act Naturally (1989), the latter including a duet with Ringo Starr on the title track—neither of which was especially memorable. Yet the classic songs are available again in collections and re-releases, and live on in the countless cover versions with which younger artists pay tribute to Owens’s music. – Mark Fenster