Husband and wife Boudleaux and Felice Bryant were among the first in Nashville to make a full-time career of songwriting. 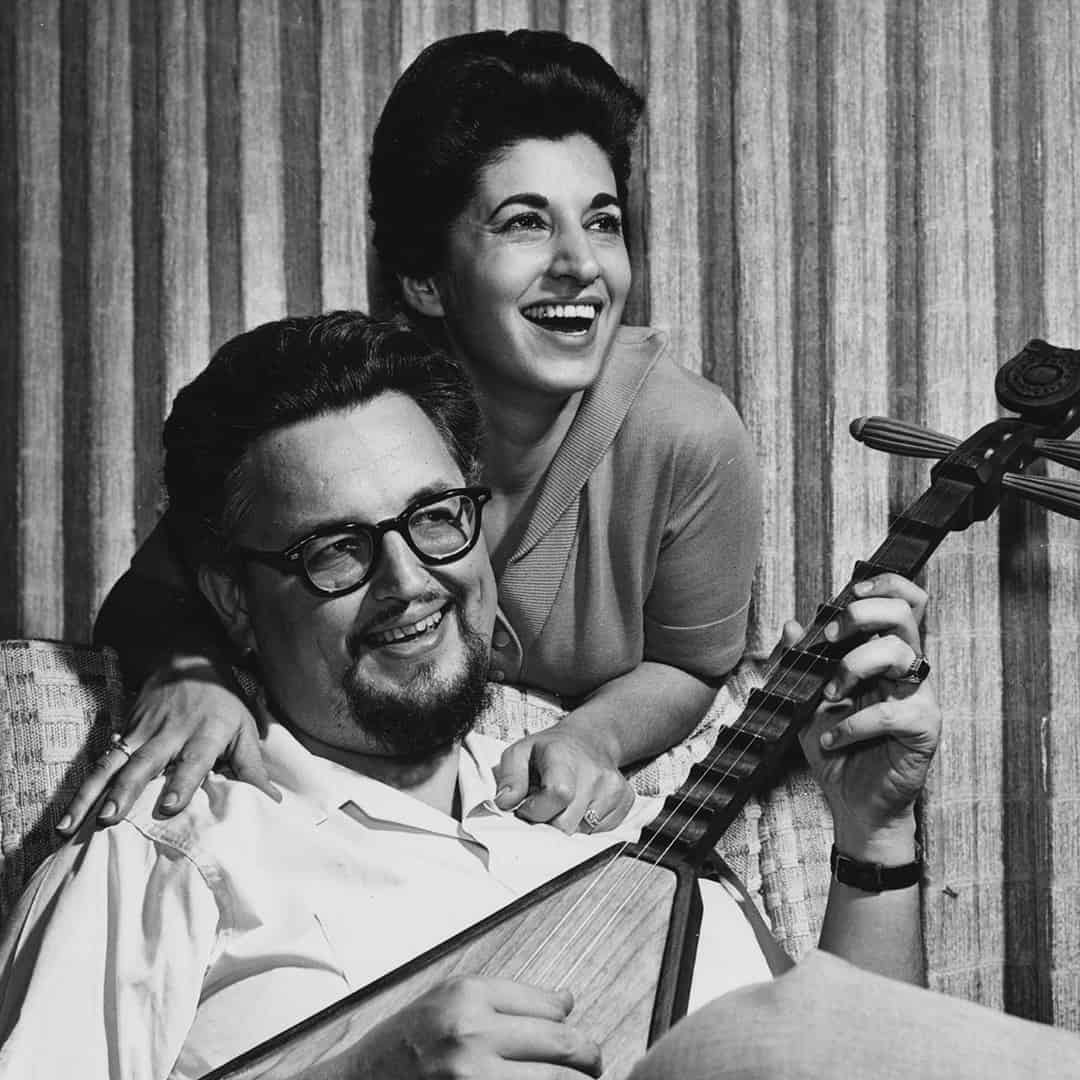 More importantly, they wrote some of the most enduring songs of the 1950s and 1960s, including many of the Everly Brothers’ best-known hits.

Diadorius Boudleaux Bryant grew up in Moultrie, Georgia, the son of a small-town lawyer and his wife. The name Boudleaux came from the elder Bryant, who named his son after a Frenchman who saved his life during World War I. A classical violin student from age six through seventeen, Boudleaux spent the 1937–1938 season with the Atlanta Philharmonic. Afterwards he made the leap to hillbilly fiddling when he joined Hank Penny’s Radio Cowboys, then performing at WSB in Atlanta. Boudleaux remained with Penny into 1940, long enough to appear on a few of Penny’s ARC records. He later worked with Gene Steele & His Sunny Southerners in Memphis over WMC before moving on to a touring jazz group. In the summer of 1945, while Boudleaux was performing at Milwaukee’s Schroeder Hotel, he met Felice Scaduto, then working at the hotel as an elevator operator. After a whirlwind courtship, they married in Newport, Kentucky, on September 5, 1945.

In contrast to Boudleaux, Felice wasn’t a musician, though she had sung on radio as a child and later did some volunteer entertaining during World War II with a Milwaukee USO show. Her real passion was poetry. During the couple’s first year together, they began putting his melodies together with her verses, and a songwriting team was born. Their break came in late 1948, when singer Rome Johnson passed their song “Country Boy” along to Fred Rose of Acuff-Rose Publications in Nashville. Rose got the song to Little Jimmy Dickens, who scored a #7 hit with it on Billboard’s Best-Selling Retail Folk Records chart in the spring of 1949. The following year, Rose persuaded the Bryants to move to Nashville, where they concentrated on songwriting full time, with Dickens and Carl Smith being their most dependable clients early on. Among the many tailor-made Bryant songs Dickens recorded are “I’m Little but I’m Loud,” “Take Me as I Am,” “Out Behind the Barn,” and “Hole in My Pocket.” Carl Smith had big hits with “Hey, Joe,” “Back Up, Buddy,” and “It’s a Lovely, Lovely World.” Meanwhile, between 1951 and 1953, the prolific couple recorded four singles for MGM, the last three billing them as “Bud & Betty Bryant.”

In 1957 the Bryants connected with their biggest outlet for their songs—the Everly Brothers. The Bryants supplied the Everlys’ first hit, “Bye, Bye Love,” and continued to be the Everlys’ main source of material through the early sixties (a relationship that was helped by their publisher Wesley Rose, who was also the Everlys’ manager). All told, the Bryants wrote twenty-nine songs for the Everly Brothers, twelve of them hits, including “Wake Up, Little Susie,” “All I Have to Do Is Dream,” “Take a Message to Mary,” and “Sleepless Nights.”

The diversity and quantity of the Bryants’ total output is staggering. Among their hits for others are Red Foley’s “Midnight” (co-written with Chet Atkins), Eddy Arnold’s “How’s the World Treating You” (also with Atkins), Jim Reeves’s “Blue Boy,” Bob Luman’s “Let’s Think About Living,” and Roy Orbison’s “Love Hurts,” later an international hit for the rock group Nazareth. One of the Bryants’ best-known songs is “Rocky Top.” First popularized by the Osborne Brothers in 1968, “Rocky Top” is now known as an official Tennessee state song and the fight song for the University of Tennessee’s athletic teams.

During their distinguished career, the Bryants had some 1,500 songs recorded by more than 400 artists, amounting to sales of over 250 million records. Along the way, they raised two sons, Dane and Del Bryant. Dane now works in Nashville real estate; Del served for many years as head of Broadcast Music, Inc. (BMI) in the organization’s New York office. Boudleaux died of cancer in 1987; Felice in 2003. In 1991 the Bryants were elected to the Country Music Hall of Fame. – Paul Kingsbury