Martina McBride: The Power of Her Voice

For more than twenty-five years, Martina McBride has been creating substantive, socially aware country music, her anthems of personal empowerment—including “Independence Day” and “A Broken Wing”—contributing a much-needed perspective to the genre. The exhibition Martina McBride: The Power of Her Voice explores one of country music’s most distinctive voices.

Through the exhibition Martina McBride: The Power of Her Voice, the Museum explores the music and legacy of the influential vocalist, tracing her journey from performing in her family’s band as a child to becoming a chart-topping, award-winning, perspective-shifting country music artist.

Live at the Hall with Martina McBride

Live at the Hall with Martina McBride is available on demand now.

The live performance and in-depth interview offer new insight into the life and career of a girl from a small town in Kansas who moved to Nashville to pursue a dream and, today, is honored with a new exhibition, Martina McBride: The Power of Her Voice, at the Museum. 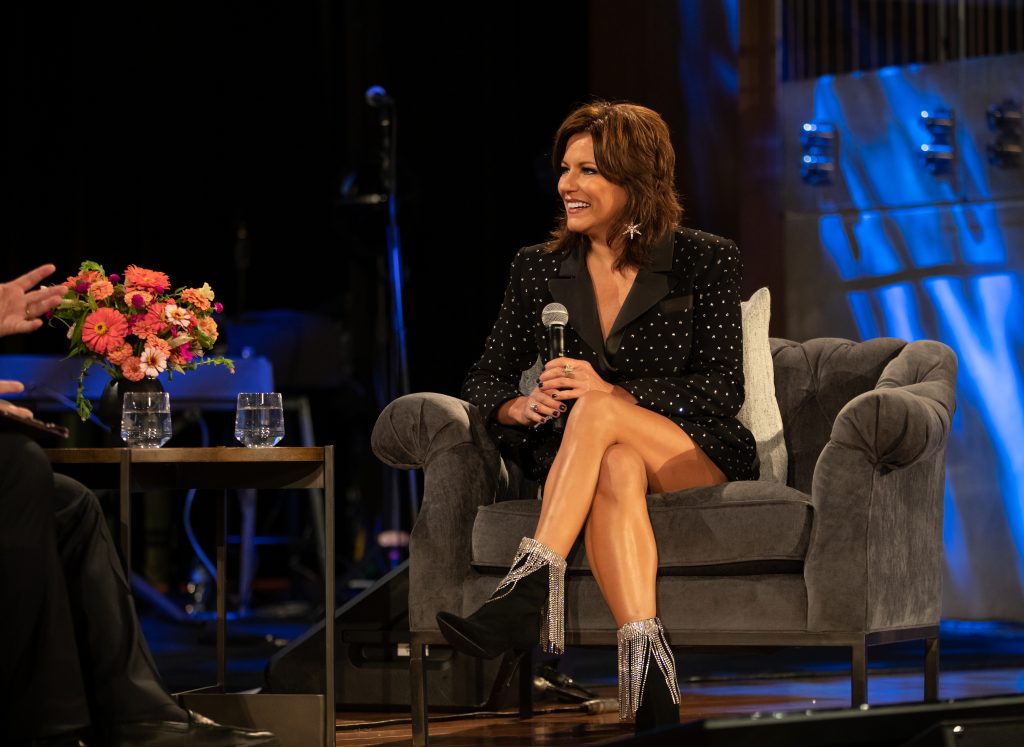 Born July 29, 1966, Martina Mariea Schiff was raised on a dairy and wheat farm in Sharon, Kansas, population 200. By age seven, she began performing with her family’s band, the Schiffters. After moving to Wichita, Kansas, she performed in rock bands in area clubs and met recording engineer John McBride, whom she married in 1988. After returning home to sing with the Schiffters at a battle of the bands, she decided to move to Nashville and sing country music.

The McBrides moved to Nashville in January 1990, as country music exploded in popularity. John started working as a sound engineer on concert tours and, in 1991, became production manager for Garth Brooks. So that the newlyweds could spend more time together, Martina took a job on Brooks’s tour selling T-shirts. She made a demo recording of five songs to pitch to record labels. To get the demo to the talent scouts at RCA Records, she got past the company’s strict rules about submitting new material by writing, in large letters, “REQUESTED MATERIAL” on a bright purple package, even though RCA had not asked for the tape. The strategy worked. RCA signed McBride to a recording contract in 1991.

Focusing on traditional country music, McBride’s debut album, The Time Has Come, was released in May 1992. The album received critical accolades, but it wasn’t until the release of her second album, The Way That I Am, that she began achieving commercial success, with songs focused on what she described as “melody and message.” The song “My Baby Loves Me” reached #2 on Billboard’s country charts and depicts a woman reveling in her partner’s love of the traits that make her different and distinctive. “Independence Day,” an anthem portraying an abused wife and mother reaching a breaking point, was named Song of the Year in 1995 and Video of the Year in 1994 by the CMA.

The Way That I Am crossed the million-seller plateau in May 1995 and began a streak of platinum albums stretching into the 2000s. McBride ranked among country music’s most acclaimed stars of the era. She won four CMA Female Vocalist of the Year awards, three consecutively (1999, 2002-2004), and three consecutive ACM Top Female Vocalist honors (2001–2003). In November 1995, she became a member of the Grand Ole Opry.

After years of crossover pop success, McBride returned to her roots in traditional country music with her 2005 album, Timeless, the first album she produced alone. She has continued as a commercial force: each of her albums from 2007 to 2016 reached the Top Five on the country album chart. She continued as a cultural force, too: In 2015, she became a lead voice in combatting the dwindling airplay given to female country artists.

Martina McBride, who will mark her thirtieth year as a recording artist in 2022, epitomizes how country artists can find success as they reflect their changing times and address social issues in songs.

Items featured in Martina McBride: The Power of Her Voice include awards, stage wear, handwritten lyrics and personal artifacts. Some highlights: 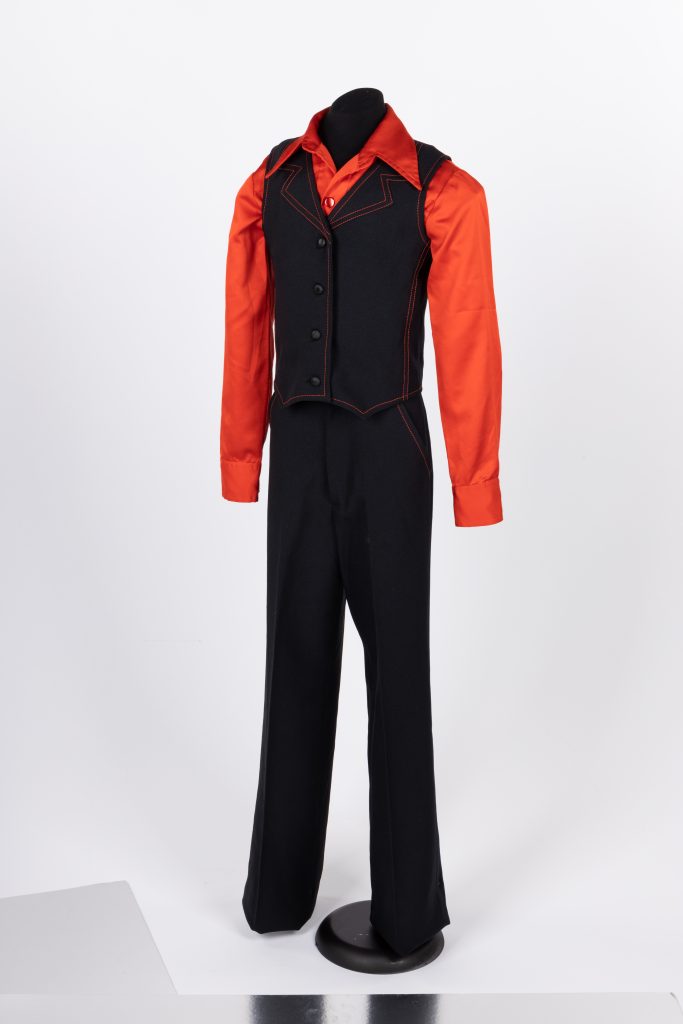 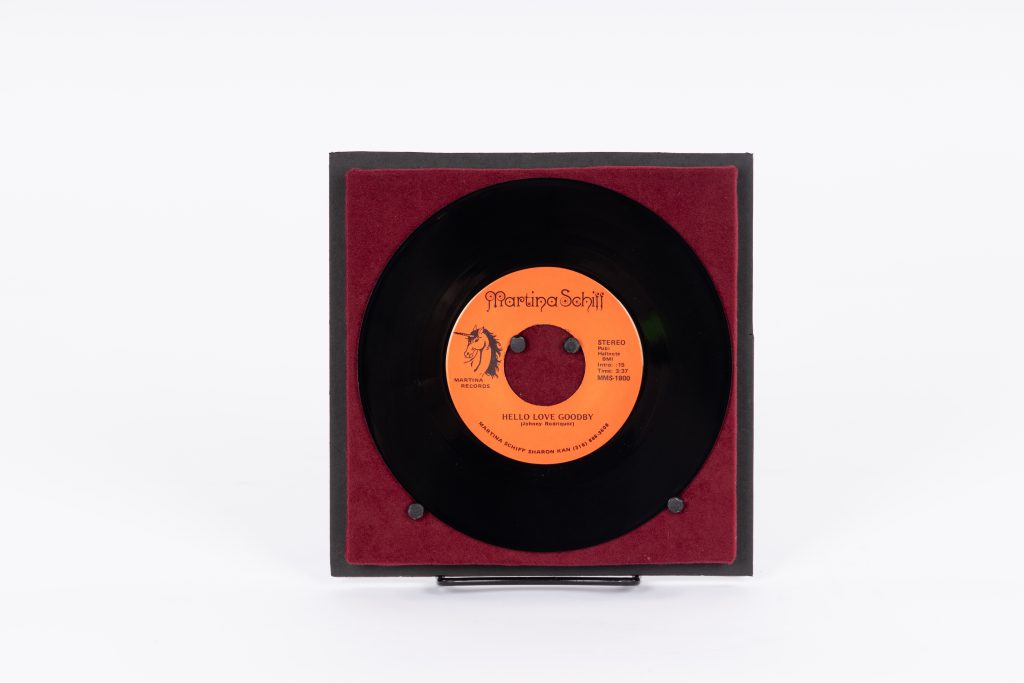 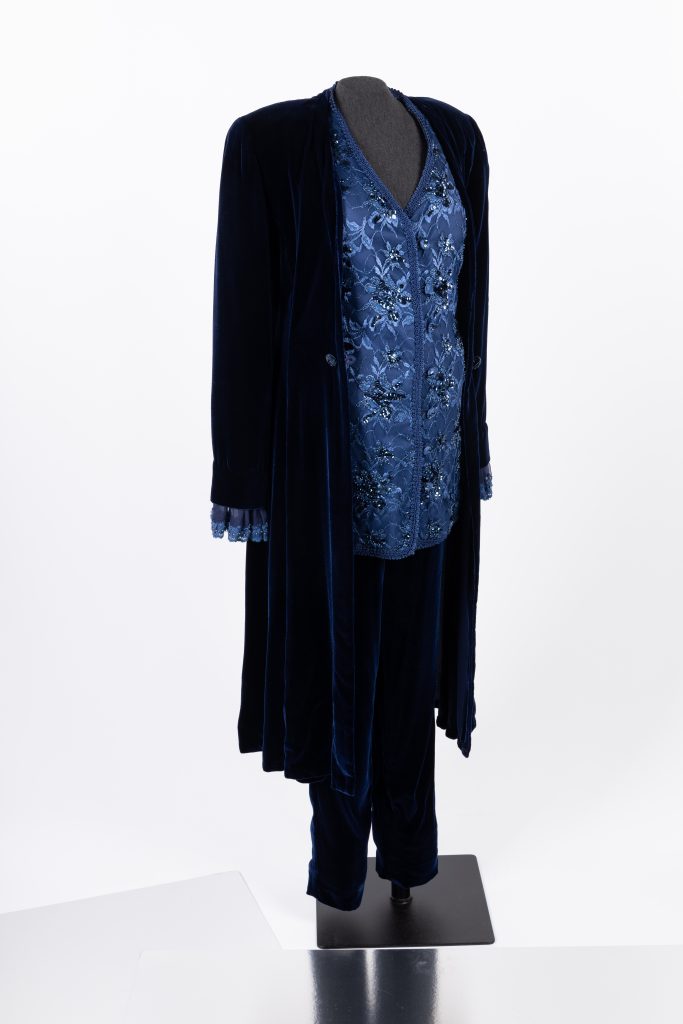 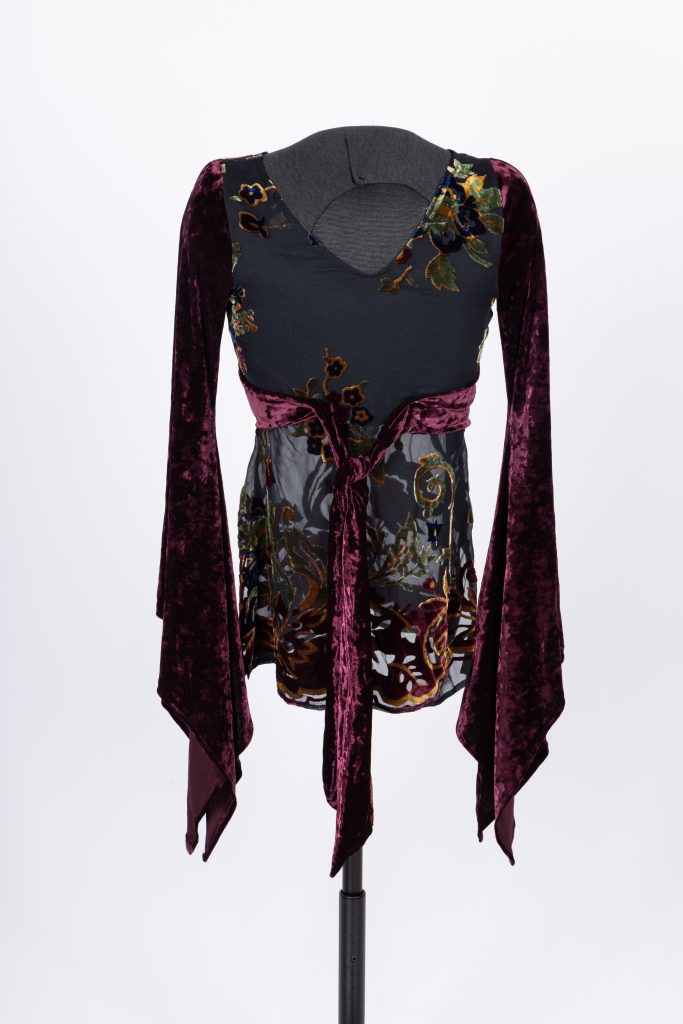 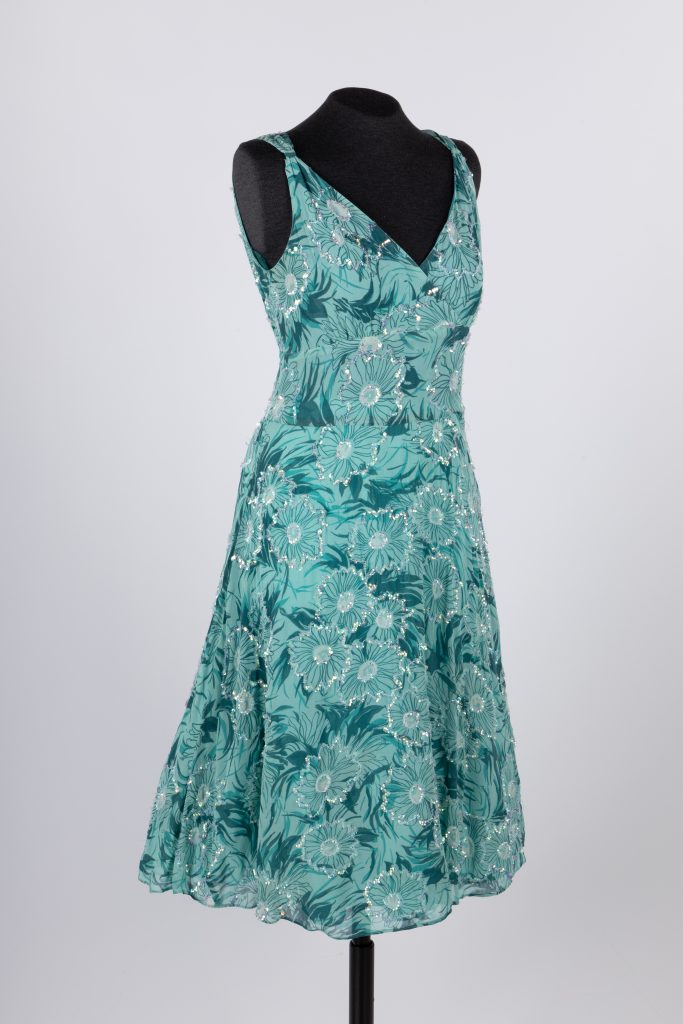 Shirt, vest, and pants ensemble worn on stage by McBride, when she performed at age 7 with her family’s band, the Schiffters.

This single was Martina McBride’s first record and was released on her own Martina Records label while she was in high school. It features her recordings of the Hank Williams classic “Your Cheatin’ Heart” and Johnny Rodriguez’s “Hello Love, Goodbye.”

Martina McBride wore this velvet duster with ruffled sleeves; lace blouse with sequin accents; and these velvet maternity pants, when performing “Independence Day” at the CMA Awards in 1994.

Martina McBride wore this Arden B velvet blouse with bell sleeves in the 2002 music video for “Concrete Angel.”

The exhibition Martina McBride: The Power of Her Voice runs July 30, 2021, through August 7, 2022, at the Country Music Hall of Fame and Museum in downtown Nashville. Purchase tickets to see this exhibition and others using the button below.