In purely commercial terms, the Everly Brothers were one of the most successful acts in popular music between 1957 and 1962. Only Elvis Presley, Pat Boone, and possibly Rick Nelson outsold them. 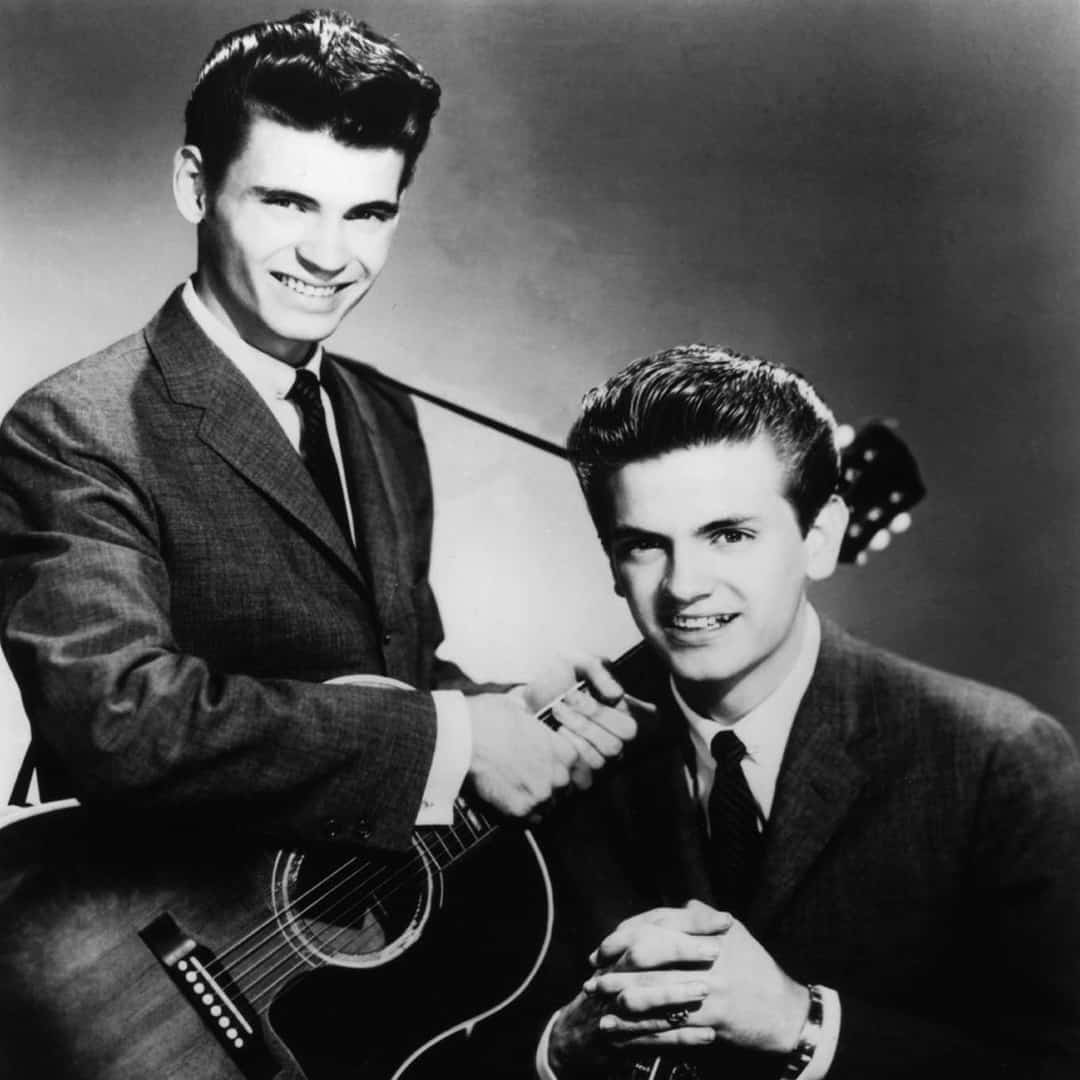 In a sense, though, Don and Phil Everly were more important to Nashville. They were the first consistently successful rock & roll act to come from there. Their management and their songs came from Nashville, and they recorded there with local session musicians. In other words, they extended Nashville’s sense of what was commercially possible.

All I Have To Do Is Dream – The Everly Brothers

(‘Til) I Kissed You – The Everly Brothers

About the Everly Brothers

From Nashville to Rock & Roll Stardom

As the first commercially successful rock & roll act to come from Nashville, the Everly Brothers extended Nashville’s sense of what was commercially possible. But their roots and much of their sound was embedded in country music. In artistic terms, the Everly Brothers took the country brother duet a step beyond their predecessors. They added Bo Diddley riffs, teenage anxieties, and sharkskin suits, but—for all that—the core of their sound remained country brother harmony. That link was underscored on their 1958 album of traditional folk and country compositions, Songs Our Daddy Taught Us.

The Everlys’ father, Ike, was an accomplished fingerstyle guitarist, a contemporary of Merle Travis, who went to Chicago trying to sustain a career in country radio, and ended up in the Midwest. He brought his family to Nashville in 1955, possibly hoping that his boys could find the success that had eluded him. Don found some success as a songwriter (“Thou Shalt Not Steal” for Kitty Wells, two songs for Justin Tubb, and another for Anita Carter), but a contract with Columbia Records’ Nashville division in 1955 yielded just one undistinguished single.

By the time the brothers signed with Cadence Records in March 1957 (a deal midwifed by music publisher Wesley Rose of Acuff-Rose), they were singing teenage playlets crafted by songwriters Boudleaux and Felice Bryant overlaid with R&B rhythm patterns. The Everlys scored a string of hits, including “Bye, Bye Love,” “Wake Up, Little Susie,” “All I Have to Do Is Dream,” “Bird Dog,” and others. They became Grand Ole Opry members on June 1, 1957.

When they switched to Warner Bros. Records in 1960, they were, at first, even more successful. “Cathy’s Clown,” “Ebony Eyes,” “Walk Right Back,” and “So Sad (To Watch Good Love Go Bad)” were among their hits. Their records were among the most immaculately crafted and innovative of the era, a testimony to the brothers’ musical vision and to the skill of the Nashville session players who proved themselves adept at executing more than they were often given credit for.

The responsibility for the downward slide in their career is usually laid at the door of the Beatles, but the brothers’ appeal was beginning to wane a year or more before the Beatles appeared. They broke with Wesley Rose in 1961, moved to California, and began making singles that were probably too experimental for the time. A slowdown in their touring schedule brought on by a joint enlistment in the Marines, the loss of access to the Bryants’ songs owing to the split with Acuff-Rose, and Don’s subsequent overreliance upon prescription drugs probably figured in their decline, too.

In 1968, they issued Roots, a daring country-rock record that failed to find them a new market. In 1970 they switched to RCA, but they split angrily from each other in July 1973. Don returned to Nashville; Phil stayed in Los Angeles. They reunited in September 1983 for a live concert album released on Mercury Records and resumed performing and recording together. In their later touring years, the brothers donated concert proceeds to the philanthropic Everly Brothers Foundation.

Members of the Rock and Roll Hall of Fame and recipients of a Grammy Award for Lifetime Achievement, the Everlys were elected to the Country Music Hall of Fame in 2001.