The most well-versed western singer of any of Hollywood’s singing cowboys was Tex Ritter. 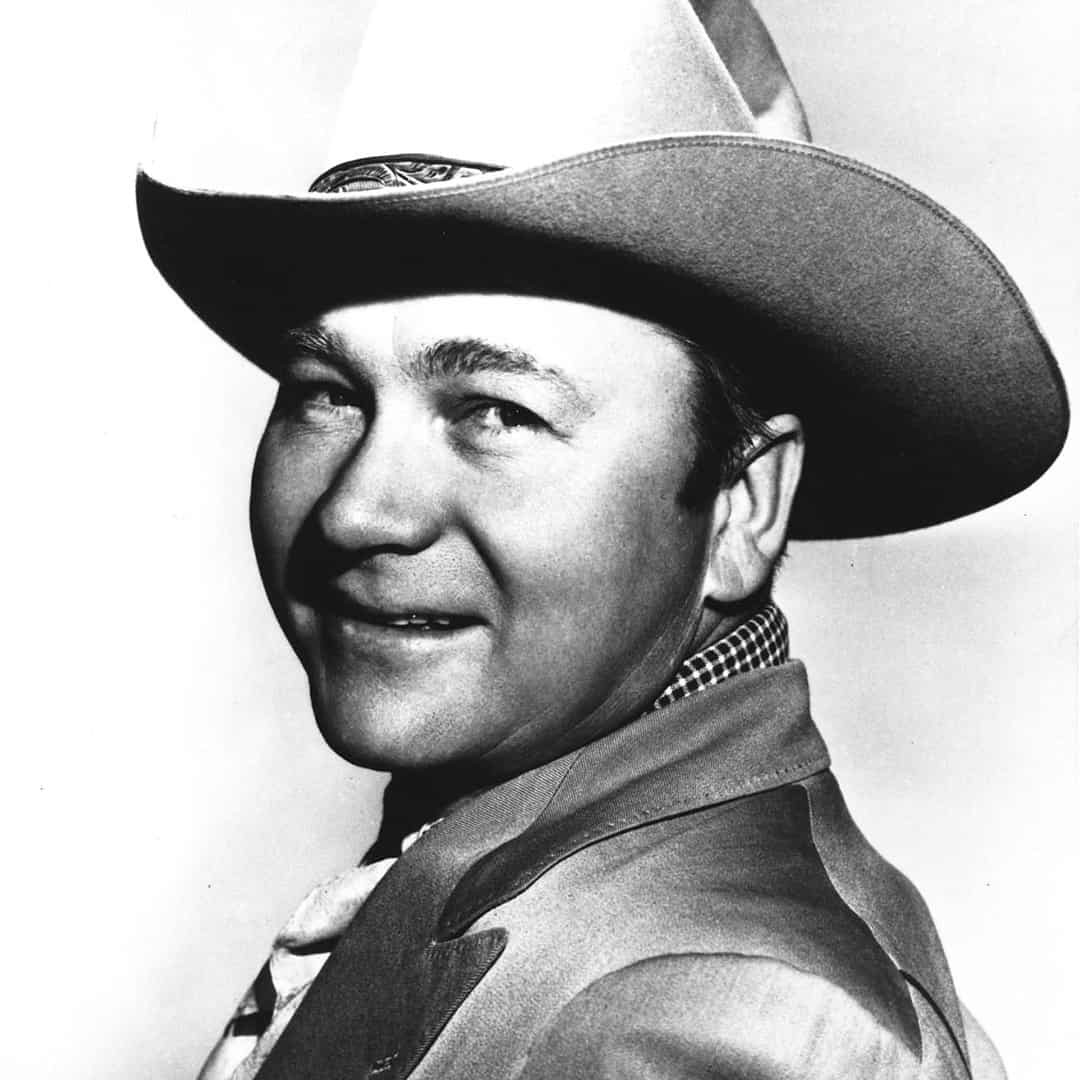 Born Woodward Maurice Ritter in Panola County, Texas (the same county where Jim Reeves was born), Ritter was raised with a deep love of western music. When he entered the University of Texas at Austin in 1922 he met J. Frank Dobie, Oscar J. Fox, and John Lomax—three of the most noted authorities on cowboy songs, who added further to his knowledge of western music. While studying law in college Ritter had his own weekly radio program, singing cowboy songs on KPRC in Houston.

In 1928 Ritter went to New York, where he worked briefly in a Broadway musical production. He then briefly attended Northwestern University in Chicago. But with the Great Depression making money hard to come by, he soon returned to New York, where he worked in several more Broadway productions including Green Grow the Lilacs. (A decade later Rodgers and Hammerstein adapted the play into their Oklahoma!) While in New York, Ritter also worked regularly in radio on a variety of programs, and in 1932 he made his first recording.

By mid-decade, the enormous success of Gene Autry’s films led other studios to look for their own singing cowboys. One of the first producers to recognize Ritter’s potential was Edward Finney. He signed Ritter and released his first starring film, Song of the Gringo, in November 1936.

Ritter was well suited to the role of singing cowboy. He looked and acted the part and was singing the type of songs he loved best. Unfortunately most of his films were made for Grand National and Monogram, two of the so-called “Poverty Row” studios. These studios were smaller than the majors and made their films on limited budgets. Although Ritter’s films never had the production values of films starring Gene Autry or Roy Rogers, he still enjoyed considerable success at the box office.

In 1942, after a decade of recording with little success, Ritter became one of the first artists signed by the newly formed Capitol Records. He soon began scoring major hits with records such as “Jealous Heart,” “Rye Whiskey,” “I’m Wastin’ My Tears on You,” and “You Will Have to Pay.” Ritter would record for Capitol for the rest of his life.

A different type of film opportunity came to Ritter in 1952, when he was asked to sing the title song of the Gary Cooper–Grace Kelly western High Noon. The song was used as a narrative throughout the film and became Ritter’s signature song. He went on to record a number of other western theme songs throughout the decade.

Ritter was one of the first C&W artists to record albums built around a central theme, as he recorded albums of cowboy songs, patriotic songs, hymns, and Mexican songs as well as albums of country music. In 1961 Ritter recorded “I Dreamed of a Hillbilly Heaven,” which became one of his biggest hits and displayed the fine way he delivered recitations. Ritter became involved with the formation of the Country Music Association (CMA) and was elected its president in 1963. In this role he helped to oversee the building of the original Country Music Hall of Fame and Museum on Nashville’s Music Row.

In 1965 Ritter’s growing involvement in country music led him to move to Nashville, where he co-hosted the late night country music radio program on WSM with Ralph Emery and joined the Grand Ole Opry. In 1970 Ritter ran unsuccessfully for the Republican nomination to the U. S. Senate. Ritter’s death on January 2, 1974, marked the passing of one of C&W music’s finest and most respected talents. –Laurence Zwisohn