Beginning with his mid-1950s recordings for Sun Records, John R. “Johnny” Cash established an international profile as an ambassador of American roots music. 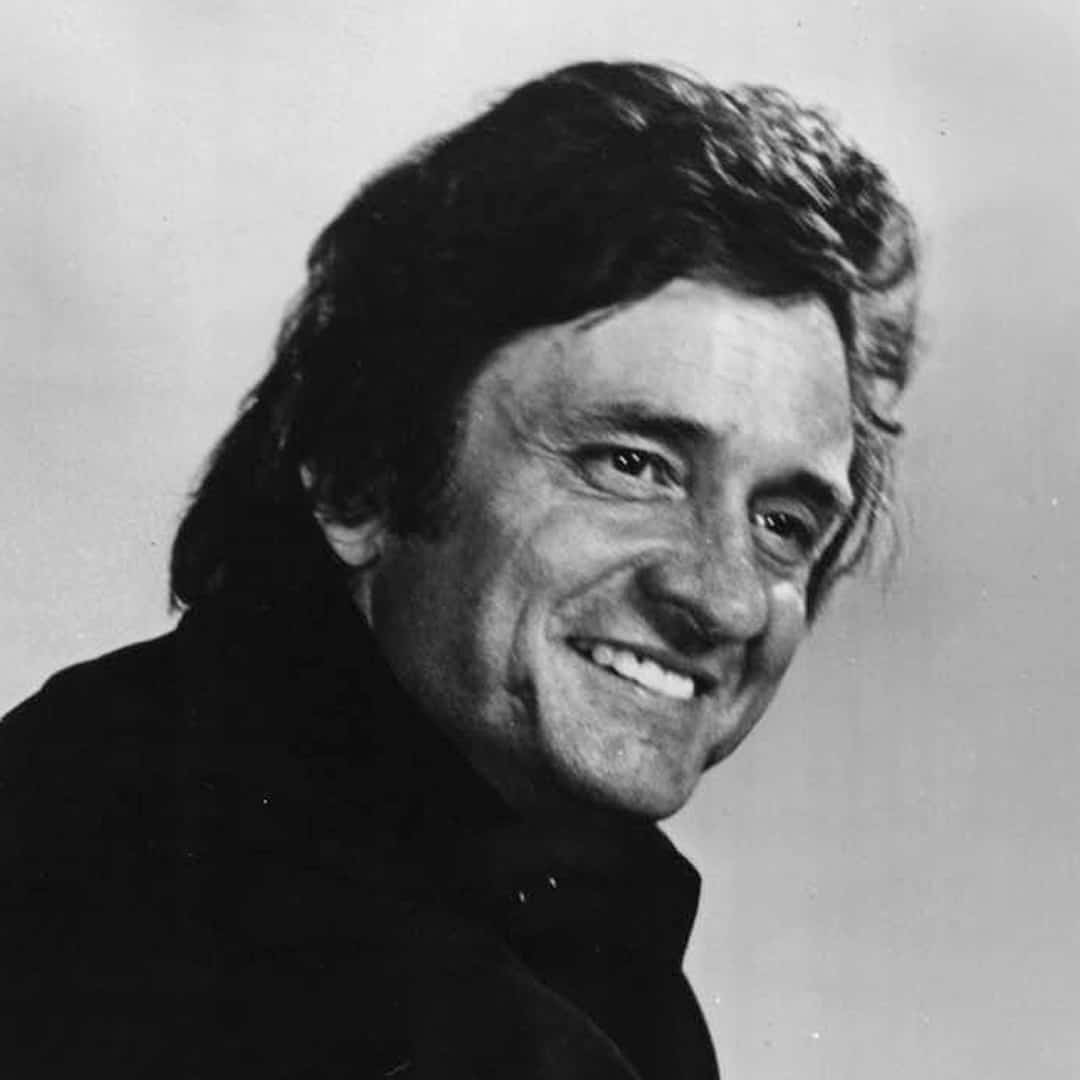 He overcame personal demons to reach superstar status in the late 1960s and continued to hew his own path musically into the twenty-first century.

With extensive hit recordings on the country and pop charts—both singles and albums—he extended the scope of country music and helped broaden its audience through his exploration of many themes and types of songs.

Cash left Sun and signed with Columbia in mid-1958. Hit singles such as “Don’t Take Your Guns to Town” (1959) and “Ring of Fire” (1963) followed, but Cash turned his attention increasingly to recording concept albums such as Ride This Train (1960), Blood, Sweat and Tears (1962), Bitter Tears: Ballads of the American Indian (1964), and Ballads of the True West (1965). Producer Don Law encouraged Cash to venture out in new directions to connect with the burgeoning folk music revival of the times. This direction seems to have been natural for Cash as he explored cowboy songs, gospel and traditional spirituals, songs of social conscience and protest, and adaptations of folk material. Appearing at the 1964 Newport Folk Festival and connecting with Bob Dylan, Cash kept widening his appeal and deepened his creative sources. His new directions did not always find favor with country’s old guard, however. In 1964, when his recording of “The Ballad of Ira Hayes” (about the tragic end suffered by a Native American hero of World War II) received an initially lukewarm reception at radio, Cash took out a full-page ad in Billboard demanding of programmers, “Where are your guts?”

The late 1960s witnessed Cash suffering from addiction to pills while his first marriage failed. In 1965 he was arrested for carrying a large quantity of pills across the Mexican border at El Paso. But with the help of June Carter (of the Carter Sisters), with whom he recorded several hit duets, and whom he married on March 1, 1968, Cash was able to overcome his addiction.

On January 13, 1968, Cash recorded his masterly live album At Folsom Prison, from which came a new #1 hit version of “Folsom Prison Blues.” This album and the follow-up 1969 live recording At San Quentin pushed his career to new heights. Taken from the San Quentin album, “A Boy Named Sue” (#1 country, #2 pop) became his biggest-selling single and the Country Music Association Single of the Year (1969). Cash was also voted the CMA’s Entertainer of the Year for 1969.

From 1969 through 1971, Cash hosted a prime time network television variety show that showcased his status as a national icon while featuring an eclectic mix of guest performers. A live cut from this show, “Sunday Morning Coming Down” (written by Kris Kristofferson), was a #1 country hit. Increasingly, Cash recorded and featured on his television show the work of new songwriters drawn to country from folk and rock music backgrounds. His younger brother Tommy (b. 1940) had also established a successful singing career around this time and scored several hits, including “Six White Horses” (1969) and “Rise and Shine” (1970).

From the late 1960s, and into the 1970s and 1980s, Cash toured with his powerful road troupe—which included at various times Mother Maybelle Carter, the Carter Sisters, (Helen, June, and Anita), and the Statler Brothers. He also broadened the range of his pursuits to include acting. Outstanding among his credits have been the feature film A Gunfight (1971) with Kirk Douglas, the made-for-TV movies Thaddeus Rose and Eddie (1978, with June Carter) and The Pride of Jesse Hallam (1981), and a guest-star appearance in an episode of Columbo.

As the 1970s progressed, Cash’s hit records grew more infrequent. By the early 1980s his daughter Rosanne Cash was having more success as a recording artist than he was. But with his old friends Waylon Jennings, Willie Nelson, and Kris Kristofferson, Cash had a #1 hit with the title cut of the Highwayman album in 1985. The foursome did a series of special limited concert tours and recorded two more albums: Highwayman 2 (1990), and Highwayman: The Road Goes on Forever (1995).

After Cash left Columbia Records in 1986, he recorded for Mercury until 1992, though again with minimal commercial success. But signed subsequently to the American label, and working with producer Rick Rubin, he released the widely acclaimed American Recordings (1994), an album consisting of Cash’s voice accompanied only by an acoustic guitar. The thirteen songs—some his own, some adaptations of folk pieces, and some from songwriters like Tom Waits, Nick Lowe, and Loudon Wainwright—are often searing explorations of loss and sorrow. For American Recordings, Cash received the Grammy for Best Contemporary Folk Recording. His 1996 American album Unchained featured a similarly eclectic mix of material, but with Cash backed by Tom Petty & the Heartbreakers and other guest performers. It was awarded a Grammy for Best Country Album.

Health problems forced Cash to stop touring in the late nineties, though he made occasional public appearances and continued to record with Rubin. Tracks from American III: Solitary Man (2000) and American IV: The Man Comes Around (2002) earned Grammys for Best Male Country Vocal Performance. In 2001 Cash received the National Medal of Arts, the country’s highest award for artistic excellence. His stark video for “Hurt,” a song by Nine Inch Nails’ Trent Reznor, won the admiration of a new generation of music fans, earning six nominations for the 2003 MTV Video Music Awards and winning one (Best Cinematography). —Fred Danker

Cash died in 2003. Two years later his life became the subject of a biographical film, Walk the Line, starring Joaquin Phoenix as Cash and Reese Witherspoon as June Carter. Phoenix and Witherspoon both won Academy Awards for their performances. American V: A Hundred Highways (2006) and American VI: Ain’t No Grave (2010), further strengthened Cash’s reputation as a cultural hero.–Fred Danker