Jim Reeves stands as one of the most distinctive singers in the history of country music. 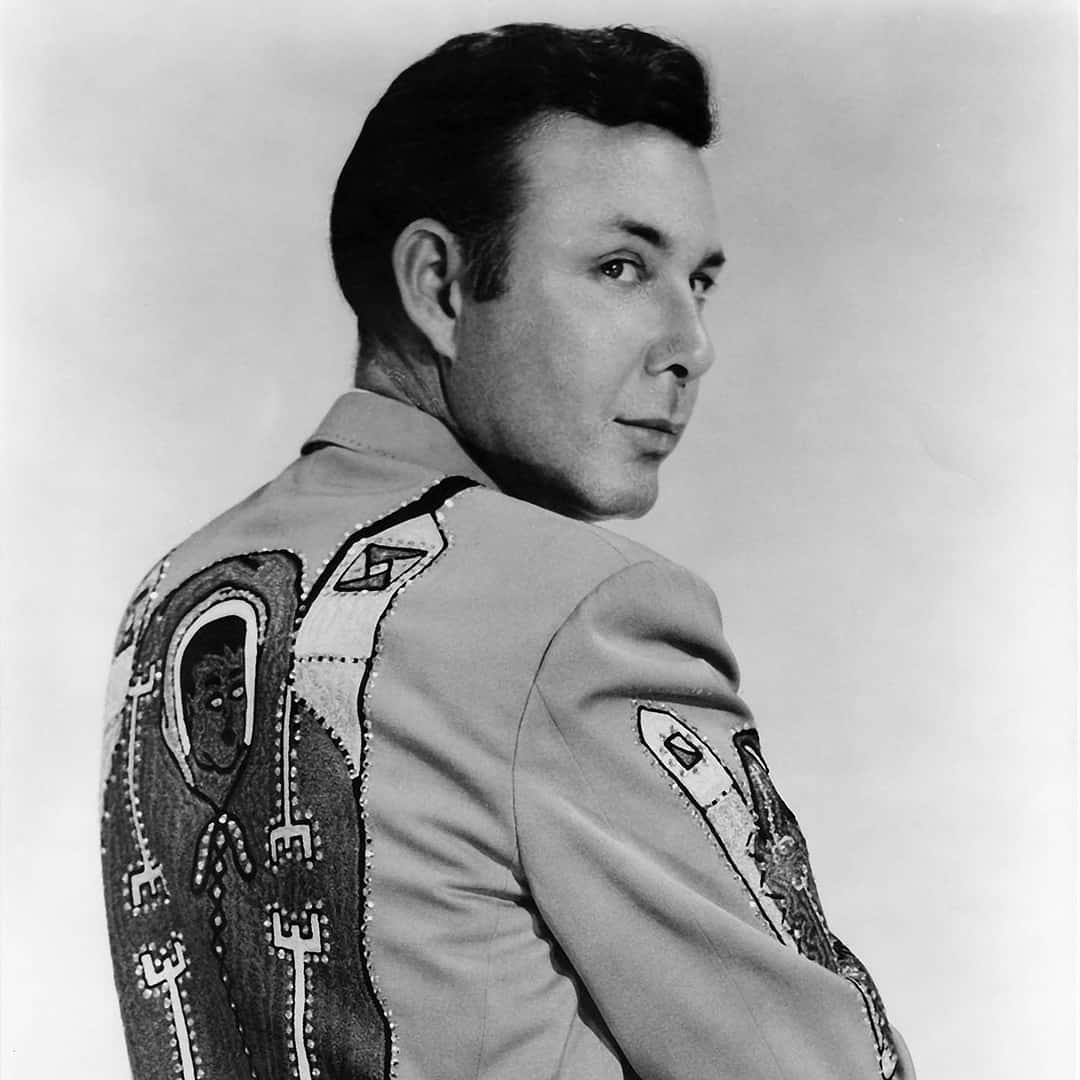 His smooth, warm baritone was a major component of the sophisticated, pop-influenced Nashville Sound that emerged during the late 1950s and early 1960s and boosted country music to new commercial heights while strengthening Nashville’s role as a music center.

Welcome to My World – Jim Reeves

James Travis Reeves was the youngest of nine children, and his older brothers were forced to leave school to help support the family after their father died, when Jim was still a baby. Even as a boy, he became fascinated by music; by the time he was twelve he was singing and playing guitar at local dances and playing with a band on Shreveport, Louisiana, radio station KRMD.

After high school in Carthage, Reeves won a baseball scholarship to the University of Texas at Austin, quit to volunteer for military service in World War II, and became a welder after failing his physical. He continued to play baseball in minor leagues in several states while working as a salesman between seasons. By 1947, however, a leg injury ended his baseball career, so he landed announcer’s jobs on several East Texas radio stations, slots that allowed him to advertise personal appearances in the area.

In about 1949 Reeves first recorded for the Macy’s label in Houston, but his recording career began in earnest when he signed with Abbott Records in 1952. Early success with “Mexican Joe” helped him move up to the 50,000-watt KWKH in Shreveport, where he worked as announcer and performer on the Louisiana Hayride. From there he graduated to the Grand Ole Opry, joining in October 1955 on the strength of early hits on RCA, for whom he began recording the previous May.

At first Reeves generally took a hard country approach to his recordings, but “Four Walls,” a #1 country and #11 pop hit, marked his transition to pop-tinged love ballads sung in an intimate, low register, close to the microphone. In so doing, he continued a pattern set by Eddy Arnold and Red Foley and helped make crossover success a trend for country singers of the day. Between 1957 and 1958, he fronted his own pop radio show, fed from WSM to the ABC network. About this time, Reeves began to reshape his image as well, shifting from cowboy outfits to sport coats and slacks and even tuxedos on occasion.

A demanding perfectionist in the recording studio, Reeves worked closely with RCA producer Chet Atkins in choosing material, and their efforts paid off. Hits like “Blue Boy,” “Billy Bayou,” “Home,” and “Am I Losing You” solidified his stardom while demonstrating his versatility. In 1959–60 he scored his biggest hit, the million-selling “He’ll Have to Go,” which topped the country charts and went to #2 pop in the bargain. As the Country Music Association (CMA) began to push country-pop sounds in converting radio stations to country formats, Reeves became a natural with stations that followed the new Nashville Sound trend. Soon he became an international star to boot, joining an RCA package tour to Europe in 1957, making a 1962 tour to South Africa, and making later trips to England, Ireland, and Europe. Even if fans couldn’t understand the lyrics, one journalist wrote, “the resonant purr from the honeyed larynx of Jim Reeves has an almost hypnotic effect.”

Although Reeves was killed in a plane crash in 1964, his recordings have continued to sell long after his death. Posthumous hits helped him win election to the Country Music Hall of Fame in 1967, and he charted regularly into the early 1970s. –John Rumble