James Rae Denney (he changed his last name to Denny) was a long-time manager of the Grand Ole Opry Artists Service who went on to become one of the most successful talent agents and song publishers in country music history. 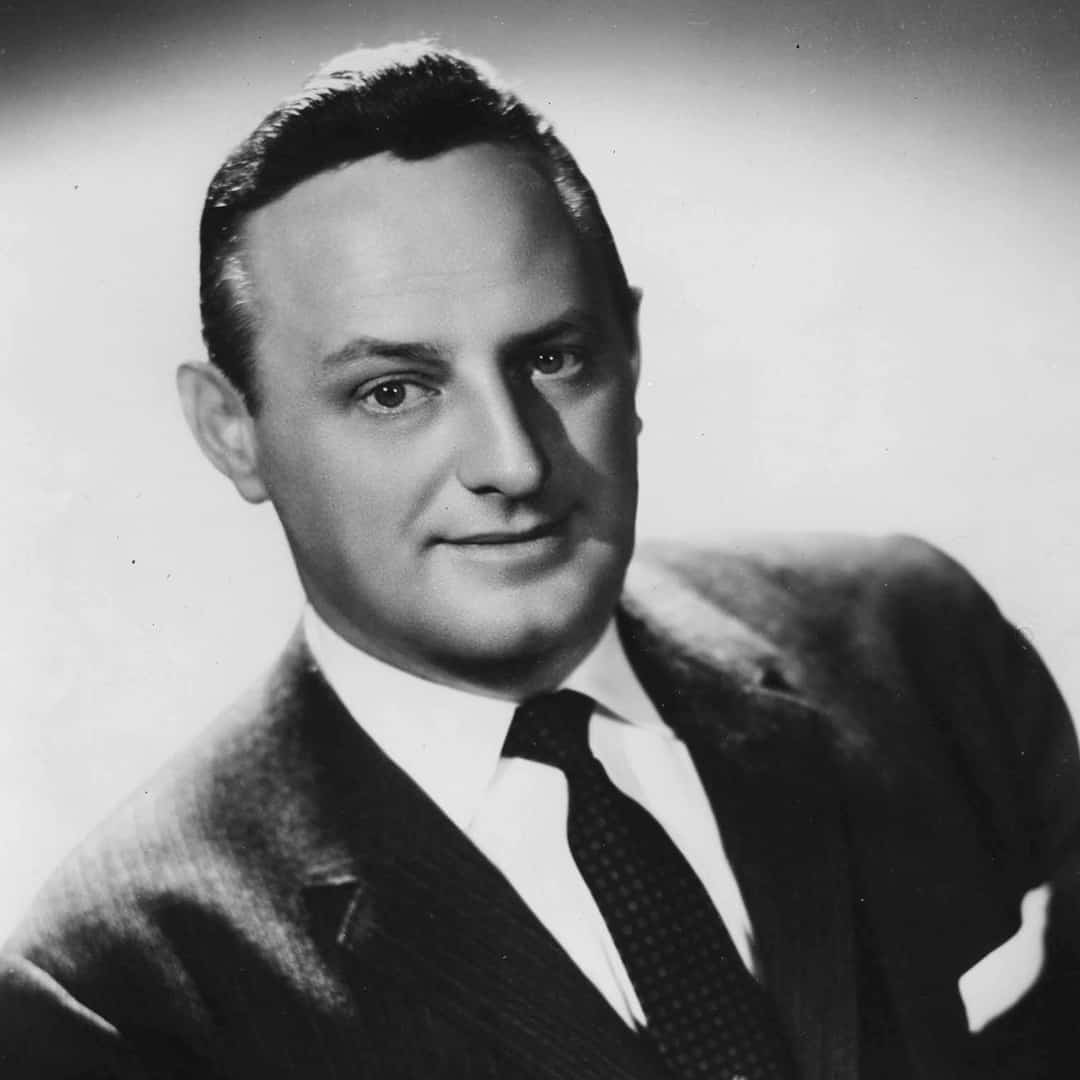 His skill as a promoter and developer of talent played a vital role in the growth of country music in the 1950s and early 1960s.

Born in the poor Buffalo Valley region of Tennessee, Denny moved to Nashville and found work at age sixteen as a mailroom clerk for the National Life and Accident Insurance Company, owner of WSM Radio and the Grand Ole Opry. While rising through the ranks of the insurance company’s accounting division, Denny found himself increasingly drawn to side jobs backstage at the Opry. When the opportunities presented themselves in the late 1940s, he eventually took over as director of WSM’s Artists Service, or booking department, while also serving as house manager for the Opry.

During his tenure at the Opry, Denny dealt with dozens of major country music acts, record label executives, and top show promoters such as A. V. Bamford, Dub Albritten, Jim Halsey, Oscar Davis, X. Cosse, and others to promote Opry performers in venues nationwide.

Denny formed Cedarwood Publishing Company early in 1953 with Grand Ole Opry star Webb Pierce, eventually forming a separate company with Carl Smith, also a rising Opry talent. Over the next decade Denny’s staff of writers churned out hit after hit, including “Detroit City,” “Tobacco Road,” and others. In 1955 Denny was voted Country and Western Man of the Year by Billboard magazine. But when he was fired from the Opry in September 1956, amid allegations of conflict of interest stemming from his involvement in booking and publishing, Denny formed the Jim Denny Artist Bureau and signed most of the Opry’s top acts. Three months later, in what was then called the largest individual package sale in country music history, he signed an agreement with Philip Morris Tobacco Company to provide the talent for the Philip Morris Country Music Show. This show simultaneously made a fortune for Denny’s talent agency and helped boost the popularity of country music across America. Denny’s company booked most of the top country acts of the day, including Pierce, Smith, Minnie Pearl, Red Sovine, Hank Snow, Goldie Hill, the Duke of Paducah, Moon Mullican, and many more. By 1963 the Denny Artist Bureau was booking nearly 4,000 country shows annually.

Denny was a hard-nosed businessman whose charismatic personality and dedication to his acts and songs earned him respect and devotion—sometimes tinged with fear—from artists, writers, and others with whom he did business. He and Pierce, who quit the Opry a few months after Denny was fired, prospered from their investment in Cedarwood, and branched out to acquire several radio stations.

At the time of Denny’s death, Cedarwood and the Jim Denny Artist Bureau were outstanding in their respective fields. Promoter Ernest “Lucky” Moeller quickly took over the artist bureau, but without Denny’s guiding force it withered away within a few years. Denny’s sons Bill and John managed Cedarwood until its sale to Mel Tillis in 1983. Jim Denny was elected to the Country Music Hall of Fame in 1966. – Al Cunniff