Since arriving in Nashville in June 1960, Harlan Perry Howard grew to represent the archetype of the professional Music City songwriter. 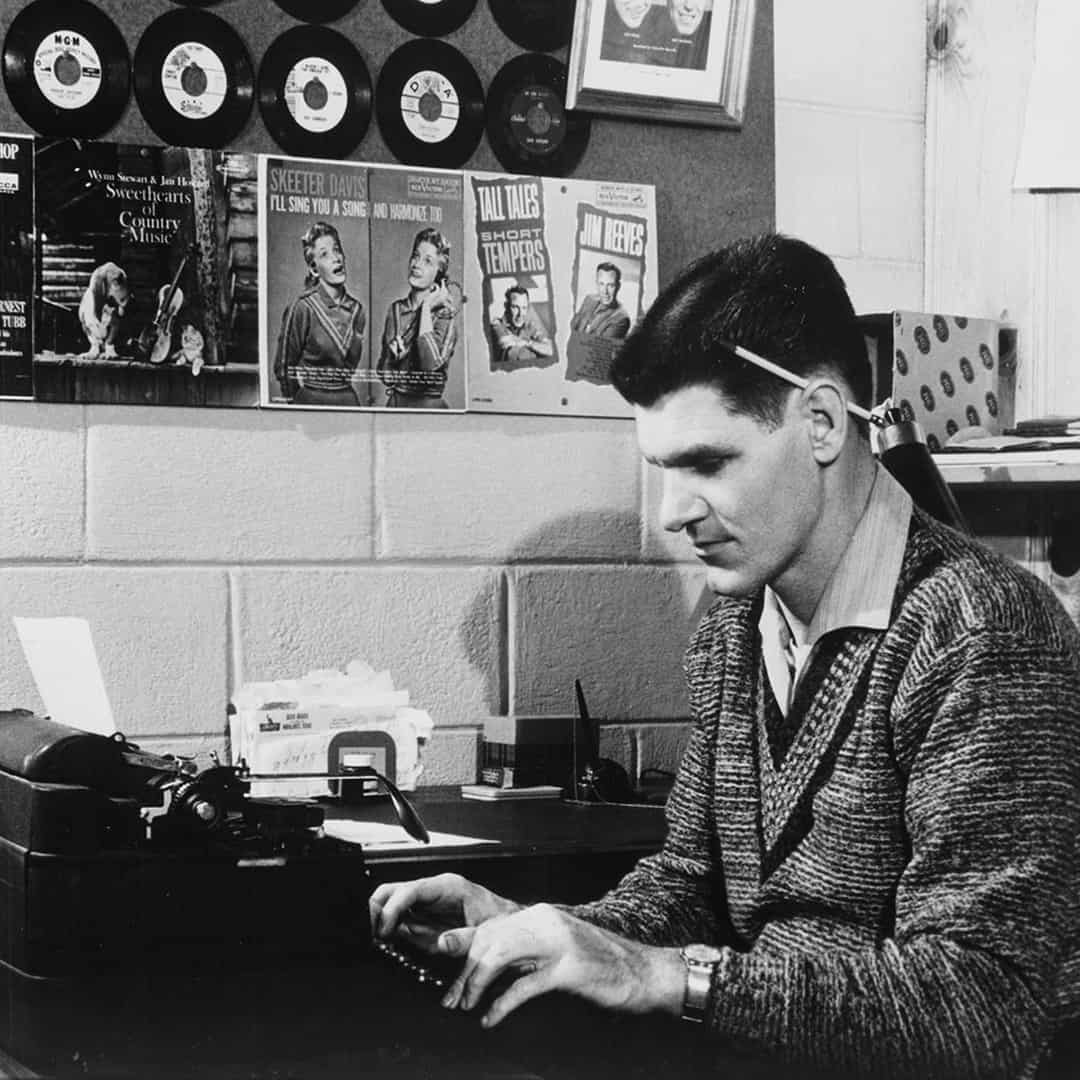 Among the thousands of songs he wrote or co-wrote are such country standards as “Pick Me Up on Your Way Down,” “Heartaches by the Number,” “I Fall to Pieces,” and “I’ve Got a Tiger by the Tail.” Howard continued to pen hits into the 1990s, scoring with such songs as Patty Loveless’s “Blame It on Your Heart.” Also a popular raconteur, Howard was routinely described as the “dean” of country songwriters.

Though Howard’s family roots were in Kentucky, he was a native of Detroit. His first music idol was Ernest Tubb, whose songwriting inspired Howard as much as his singing did. Howard spent four years in the service, worked a variety of mostly factory jobs, and moved to Los Angeles in 1955. Determined to make it as a country songwriter, he held down a day job driving a forklift while spending his free time pitching his tunes to Hollywood song publishers. “Looking back, I was probably just a country bumpkin running up and down with a guitar and a handful of lyrics,” he once said.

Nevertheless, Howard befriended such fellow West Coast up-and-comers as Bobby Bare, Wynn Stewart, and Buck Owens. He also met singer Lula Grace Smith [née Johnson], whom he married on May 11, 1957, and who would later attain country stardom as Jan Howard. (The two would divorce in August 1967.) His prolific writing and relentless song plugging began to pay off as singers such as Skeets McDonald (“You Oughta See Grandma Rock,” 1956) recorded Howard’s material. Howard’s big break came when Charlie Walker, at Ray Price’s suggestion, recorded Howard’s “Pick Me Up on Your Way Down,” a #2 country smash in 1958. Price himself soon followed with Howard’s “Heartaches by the Number,” likewise a #2 hit. When Guy Mitchell covered “Heartaches” for the pop market and took it to #1, Howard felt confident enough to pull up stakes and move to Nashville.

In Nashville, Howard initially wrote for Pamper Music, which was partly owned by Ray Price, and which was also the songwriting home of Willie Nelson and Hank Cochran. In 1961, Howard and Cochran hit as the co-writers of Patsy Cline’s “I Fall to Pieces.” Besides succeeding in the country field, Howard’s songs proved readily adaptable to R&B. Ray Charles had a #4 pop hit in 1963 with Howard’s “Busted,” and in 1969 soul singer Joe Simon sold a million copies of Howard’s “The Chokin’ Kind.” Howard cut a handful of albums himself during the 1960s, for labels such as Capitol, Monument, and RCA, but he never seriously pursued a career as an artist.

In 1974, Melba Montgomery hit #1 with Howard’s “No Charge.” The song has since become a gospel standard, and Howard often cited it as possibly his favorite among all the songs he wrote. But shortly thereafter, Howard took a seven-year hiatus from songwriting. Returning to the field in the early 1980s, he continued to add to his incomparable record with such hits as Conway Twitty’s “I Don’t Know a Thing About Love (the Moon Song)” and the Judds’ “Why Not Me?” He formed his own publishing company, Harlan Howard Songs, in 1990 (he had dabbled as a publisher in the mid-1960s with a firm called Wilderness Music, which he eventually sold to Tree International), and though health problems slowed him down he remained a major force in Music City until his death. – Daniel Cooper