As the head of Columbia Records’ country music division through most of the 1950s and 1960s, Don Law was among the most important and successful producers in the annals of country music. Among the top-selling artists he worked with at Columbia were Carl Smith, Lefty Frizzell, Ray Price, Johnny Horton, and Johnny Cash, to name but a few. 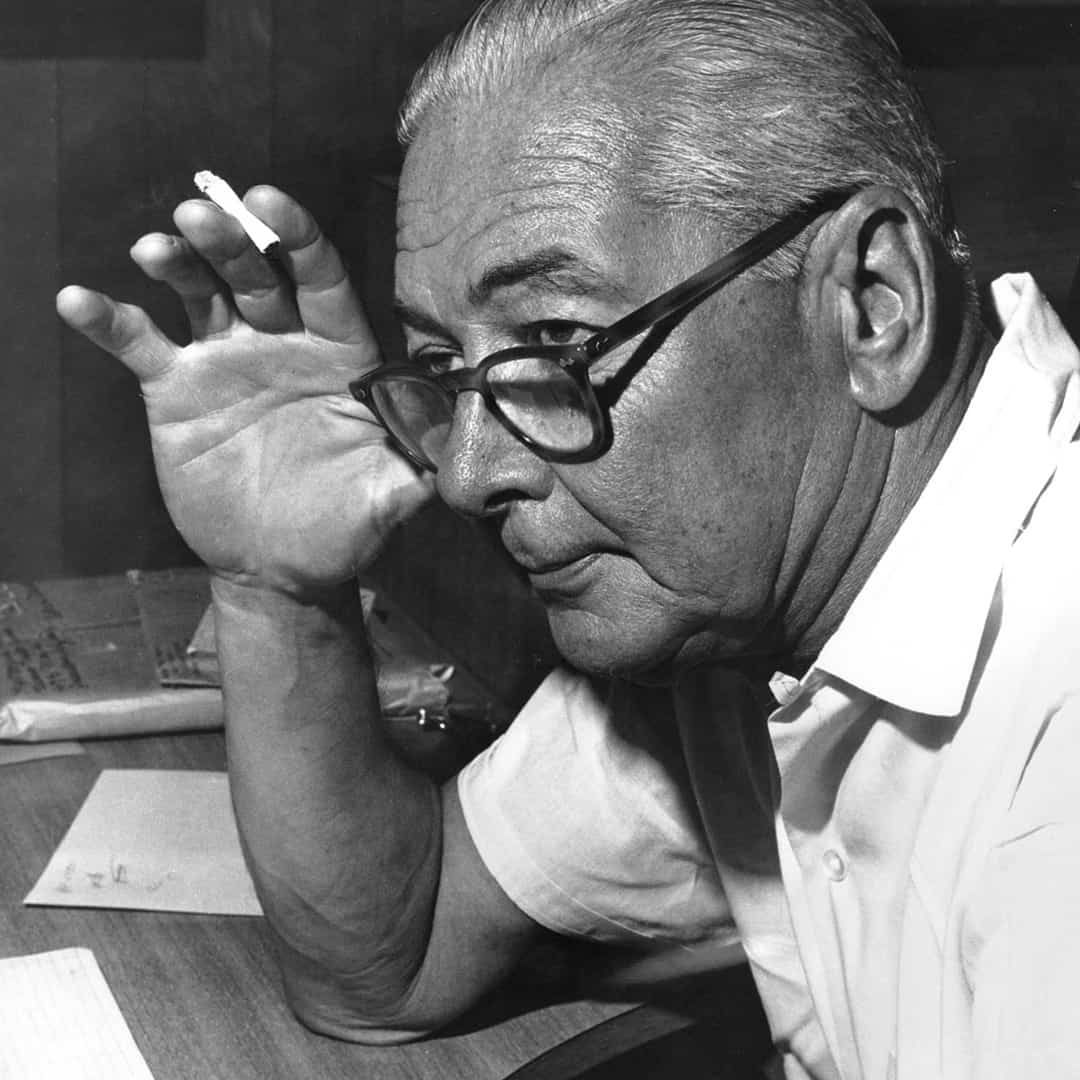 Prior to that, as the protégé of record industry pioneer Art Satherley, Law had been instrumental in bringing to Columbia and its affiliated labels such major pre-World War II talents as Bob Wills and Al Dexter (not to mention blues legend Robert Johnson, whose landmark recordings Law produced). Popular with most of his acts, Law was, as Price once put it, a producer who “let an artist be an artist.”

An Englishman by birth, Law sang with the London Choral Society as a young man. After various jobs overseas, he migrated to the United States in 1924, eventually landing in Dallas, Texas, where he worked as a bookkeeper for Brunswick Records. When the American Record Corporation bought Brunswick in 1931, Law met Satherley, an ARC executive. When Columbia merged with ARC, both men wound up working for Columbia.

In 1942 Law was called to Columbia’s New York office to oversee the children’s music division, but his time in that position didn’t last long. At some point after World War II (apparently in 1945, though the evidence is unclear), Columbia divided its country division in two, putting Law in charge of all territory east of El Paso and Satherley everything west of it. “Right off the bat we got Little Jimmy Dickens, Carl Smith, and Lefty Frizzell,” Law later remarked. He found Frizzell in 1950 through the Jim Beck studio in Dallas, where Law often recorded such artists as Frizzell, Price, Billy Walker, and Marty Robbins. Though Law also utilized Nashville studios and others out west, he always maintained close ties with Texas. It was only after Beck died, in 1956, that Law really focused his attention on Music City. By that point he was sole head of the country division at Columbia, Satherley having retired in 1952.

Along with Chet Atkins at RCA, Owen Bradley at Decca, and Ken Nelson at Capitol, Law was instrumental in re-establishing country’s commercial viability during the so-called Nashville Sound era (ca. 1957–1972). Like Atkins and Bradley, Law headed a country division that amassed numerous country-pop crossover hits during the late 1950s and early 1960s. But unlike those two, he and his frequent co-producer Frank Jones (and the session leaders to whom Law sometimes delegated the hands-on production duties) did not rely so much on the strings and smooth vocals commonly associated with the Nashville Sound. Rather, Columbia churned out such musically diverse crossover hits as Marty Robbins’s “El Paso” and “Don’t Worry,” Johnny Horton’s “The Battle of New Orleans” and “North to Alaska,” Stonewall Jackson’s “Waterloo,” and Jimmy Dean’s “Big Bad John.” In February 1962, in the wake of all this success, Columbia bought Owen Bradley’s Nashville recording studio on Sixteenth Avenue South and opened a permanent office there.

As successful as he was, Law nevertheless fell victim to the changes sweeping through American music in the late 1960s. In March 1967, he was forced to take mandatory retirement from Columbia. Law’s place at the helm of the Nashville office was taken by Bob Johnston, who had produced Bob Dylan’s Blonde on Blonde sessions in Music City the year before. Some of the Columbia artists, notably Ray Price, were allowed to continue working with Law as an independent producer. Calling his company Don Law Productions, he also scored an immediate crossover hit as an independent with Henson Cargill’s “Skip a Rope,” released on Monument. But by the 1970s Law’s role in the business was rapidly diminishing, and by the end of the decade he was fully retired. He died in 1982 in a suburb of Galveston, Texas. – Daniel Cooper